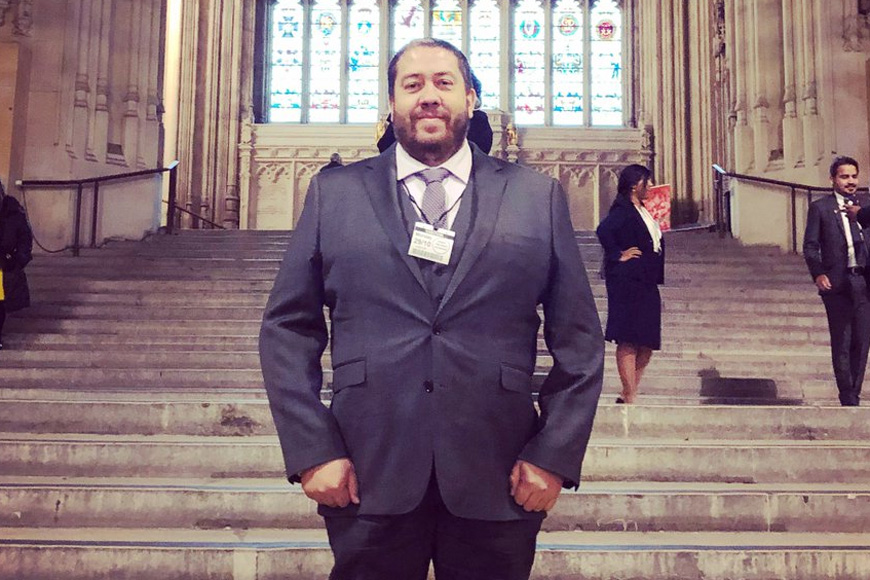 UPDATE (July 16th): Dignitas founder Michael ‘ODEE’ O’Dell has joined Rogue’s parent company ReKTGlobal as chief gaming officer (CGO).
According to this announcement post he will develop strategy, focus on client partnerships and brand sponsorships and more.
“ODEE truly is the esports OG and one the most important people in esports today, so when he became available, we jumped at the opportunity to add him to the team,” said Amish Shah, co-founder of ReKTGlobal. “His tremendous positive impact on esports is undeniable, and we’re pumped for him to bring his 20 plus years’ of experience in building the industry to ReKTGlobal and Rogue.”
“I am extremely excited to join ReKTGlobal,” commented O’Dell. “The vision they have is exactly what I was looking for as I continue to help build esports and more. For me it was the perfect fit, as the company has big plans and a global perspective. I am absolutely buzzing I cannot wait to get to work with such an inspiring group of people.”

Original article (published July 4th):
It’s the end of an era: British esports veteran Michael ‘ODEE’ O’Dell has departed Dignitas, the esports organisation he founded some 16 years ago.
Originally set up as Team Dignitas in 2003, the org were established before esports was huge and rode the wave of growth to become one of the most well-known brands in the industry.
Back in 2016, Team Dignitas were acquired by an investor group with stakes in US basketball club the Philadelphia 76ers and Premier League football club Crystal Palace.
Late last year, Team Dignitas rebranded to Dignitas and received a new logo. Last month, Dignitas merged with Clutch Gaming.
The group behind 76ers, now known as Harris Blitzer Sports & Entertainment, has mutually parted ways with ODEE and says it will appoint a new general manager based in the US soon.

We have mutually parted ways with GM Michael “ODEE” O’Dell and will soon appoint a General Manager that will operate in Los Angeles, alongside our new LCS franchise. We wish @ODEEisOG the very best in his future endeavors. pic.twitter.com/ihRO58YtbJ

I look forward to talking to a lot of people in the next couple of weeks. I will continue to help build esports as I have been doing for 20 years. I am free to work immediately and my drive to see it succeed is as strong now as it was in 1999.

ODEE has set up a holding company, Model Esports Ltd, and is keeping his options open as to what kind of work he does in the future.
It’s a sad day for UK esports, because from Dignitas’ tweet, it seems their operations will be mainly based in the US moving forwards. Up until now, they still had some operations in the UK what with ODEE being based here.
Dignitas are an incredibly well-decorated side. According to Esports Earnings they have won more than $3.6m and taken part in 500+ tournaments. This is just based on tournament winnings and of course does not include things like sponsorships, merchandise and other revenues.
In recent years Dignitas have had success in Rocket League, CSGO and Heroes of the Storm to name a few.
While Team Dignitas was founded in 2003, ODEE has 20 years’ esports experience overall.
Teams will no doubt be clamouring to bring ODEE on board – we’ll cover the news wherever he ends up next. Good luck ODEE!