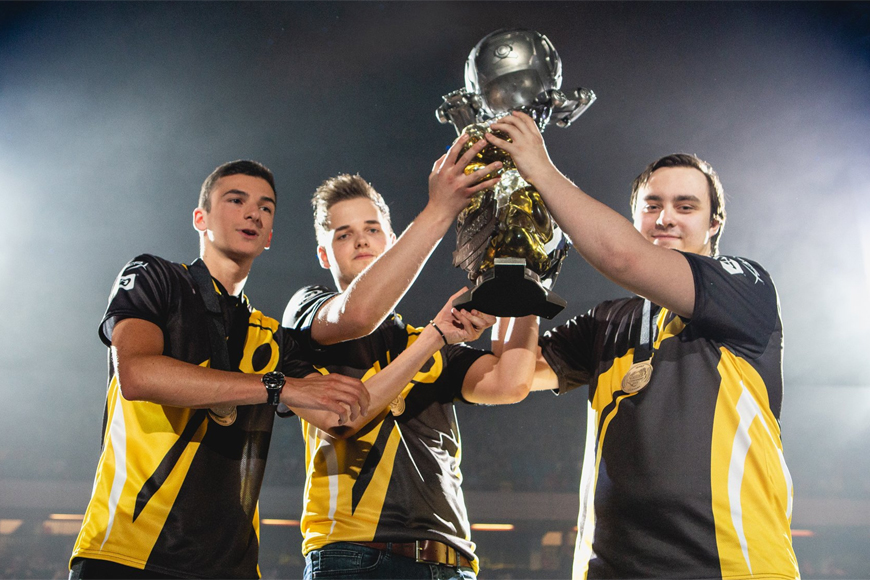 Team Dignitas won the Rocket League World Championship in London earlier this month.
The team beat NRG Esports 4-3 in a best-of-seven series at the Copperbox Arena last weekend.
Dig went 3-1 up, but NRG came back into the match, levelling it to 3-3 after a couple of dominant (5-2 and 3-0) games.
However, the teams left the crowd with a final game thriller, with seven goals in it and Dig taking the trophy and the $100,000 top prize by winning 4-3 in overtime.

Team Dignitas’ Swedish player Pierre “Turbopolsa” Silfver secured the record for the most goals scored in a single Rocket League esports LAN, and became a three-time world champion too.
Dignitas’ Frenchman Alexandre “Kaydop” Courant was also named World Championship MVP, while Dutch player Jos “ViolentPanda” van Meurs put in a solid performance as team captain.
Earlier in the tournament, Dig lost to NRG in the upper bracket semi-finals, but came back through the lower bracket to earn themselves a rematch with NRG in the finals.
The roster was signed by Dig back in May, following the org’s appointment of Michael Prindiville as CEO.

“From the entire Psyonix team, thank you to the players, families and fans who showed up last weekend to make the Copper Box an unforgettable event in our history.”

It was announced back in April that Season 5 of the Rocket League Championship Series (RLCS) World Championship would take place in London, and the event was soon dubbed #LANDON.
Developer Psyonix said in a post-match review: “What the London crowd brought to the World Championship is the epitome of what we strive to achieve with Rocket League Esports.
“From the entire Psyonix team, thank you to the players, families and fans who showed up last weekend to make the Copper Box an unforgettable event in our history.”

Guild Esports and Samsung launch pop-up experience at Selfridges London featuring meet and greet wit...
Interview with UK CoD player Zer0 on rejoining the London Royal Ravens: 'This team has some of the b...
UK orgs Endpoint and SMPR qualify for RLCS Fall Major after facing off in EU Regional Event 3 grand ...
Dom Sacco