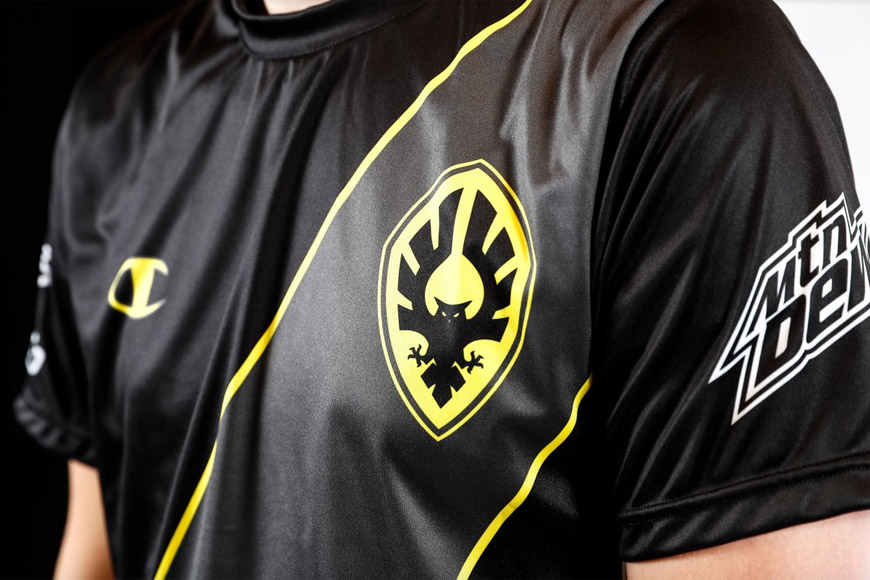 Team Dignitas, one of the biggest esports organisations to emerge from the UK, has revamped its brand.
The old alien-eye ‘Digi’ logo has been replaced with an owl, inspired by the legendary Owl of Minerva, a symbol of Ancient Rome where the term Dignitas was popularised.
The org’s name has also changed from Team Dignitas to simply ‘Dignitas’, as part of the first brand refresh in its 15-year history.
Dignitas has also debuted a revised colour palette, jerseys, casual wear and more. Silver has been added as a colour in the Dignitas brand palette, along with the team’s traditional black and yellow.
The organisation’s official wordmark will read as Dignitas 2003, a nod to the storied history of the organisation, while #SeizeTheNight will become a primary team hashtag for Dig fans on Twitter, in addition to the already established #DIGWIN.

#DIGRL is ready to take on the world at @RLEsports Season 6 finals.

“The esports ecosystem is changing rapidly. Evolving and broadening our name from ‘Team Dignitas’ to ‘Dignitas’ provides us the strategic breadth to best execute our competitive team business, but also pursue new verticals in the gaming world,” said Team Dignitas CEO Michael Prindiville.
“Our fans were constantly asking about the root of the word ‘Dignitas’; the refresh has been the perfect vehicle to explain. We were drawn to the concept of ‘prestige,’ and the connectivity between an individual’s actions and successes in life and the success of the greater organization.
“In striving for excellence as players, teams, influencers, brands and executives – we lift our collective self.”
Dignitas CEO Michael Prindiville also talked about the brand refresh in this video below, along with Dignitas players and staff and general manager Michael “Odee” O’Dell, who set the org up back in 2003:

With a new name and a new look, Dignitas is refreshed for a new era.
It’s time to #SeizeTheNight.

In celebration of Dignitas’ brand refresh, Dignitas and partner Buffalo Wild Wings will host a launch party and fan meet-up on Friday November 9th at Buffalo Wild Wings in Las Vegas during the Rocket League Championship Series World Championships. The event will feature appearances from Dignitas players including Super Smash Bros Melee star, Hugo “HugS” Gonzalez and CSGO Female World Champion Amanda “rain” Smith.
This week, Dignitas’ Rocket League Team is holding its boot camp at the Philadelphia 76ers Training Complex in Camden, New Jersey, ahead of the Rocket League Championship Series World Championship in Las Vegas. Dignitas enters as the No. 1 overall seed after an undefeated season.
Over the next few years, Dignitas’ Heroes of the Storm team will compete at the World Championships at BlizzCon. Then, their SMITE team will hold a boot camp at the Philadelphia 76ers Training Complex, in advance of their World Championship tournament on November 16th to 18th at DreamHack Atlanta 2018. Dignitas’ women’s CSGO team will also compete there.
Dignitas was acquired by Harris Blitzer Sports & Entertainment back in 2016, a group that owns several sporting brands including Premier League football club Crystal Palace and US basketball brand the Philadelphia 76ers.
The group’s CEO tweeted the following:

You can see the old logo (below) and new logo (bottom):