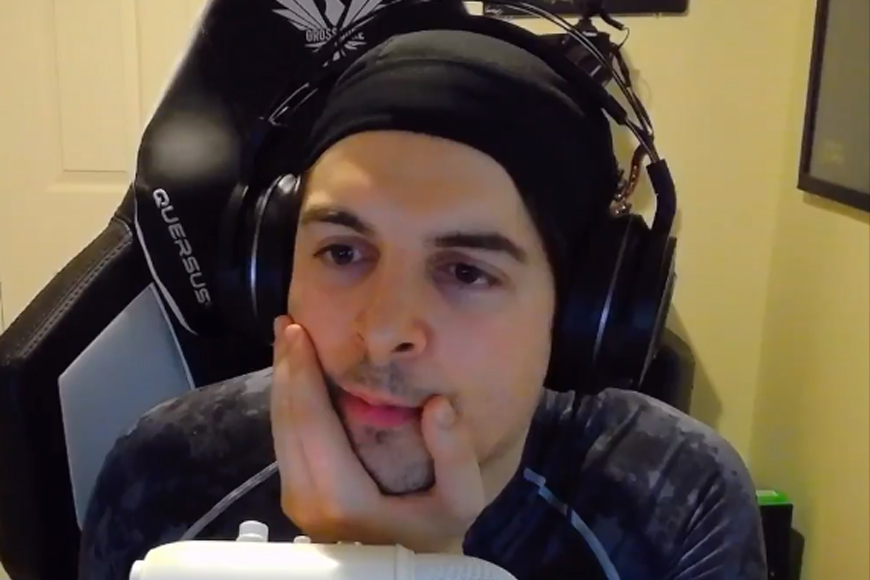 What’s he done now…
The amount of times I’ve typed the words ‘UK League of Legends streamer Ali “Gross Gore” Larsen, I can type it so fast now.
Anyway. The controversial UK League of Legends streamer Ali “Gross Gore” Larsen (see?) has been banned by Twitch AGAIN after his behaviour at Runefest earlier this month.
This time it’s a temporary 30-day ban from the streaming service, plus he’s also been barred from attending Twitchcon, which takes place in San Jose from October 26th to 28th.
The news comes after Gross Gore stirred a hornet’s nest with his actions at Runefest earlier this month. He was accused of harassing women at the event and got into a physical altercation with another streamer after Runefest, which saw Runescape developers Jagex ban him from their future events.
Ali said on Twitter that the latest Twitch ban was because of one particular incident at Runefest, which saw him get down on his knees and follow Runescape streamer Emilyispro (aka Emily Schröder or Emma on Twitch) around.

Well…
Due to past event’s that happend last week.
I’ve been issued a 30 day ban on Twitch & I am NOT allowed to attend Twitchcon.

No words…
I’ll be making VLOGS on my Youtube Channel & staying active on all social media until then…
— Gross Gore (@GrossieGore) October 17, 2018

No, I’m not allowed to stream on YouTube (confirmed just now by Twitch) as I’m still under Partner Contract.
Just to clarify I wasn’t banned for the allegations, but banned for a clip of me at the event crawling on my knees as this was deemed as harassment.

It looks like this is the moment Ali mentions:

Gross Gore was first banned by Twitch back in April 2016 after making damning allegations against former League of Legends caster Mitch “Krepo” Voorspoels. Gross Gore was later unbanned by Twitch in May 2017 after saying he would leave drama behind.
In a separate incident, Krepo was later forced to step down from his position after explicit imagery of himself was leaked online, though he later subbed in for Schalke.
Well hasn’t this article been an absolute bundle of fun. Come back to Esports News UK again soon for more drama than you could ever possibly need, as well as the usual mix of esports interviews, comment and features.
Place your bets for when the next Gross Gore article appears on Esports News UK now.