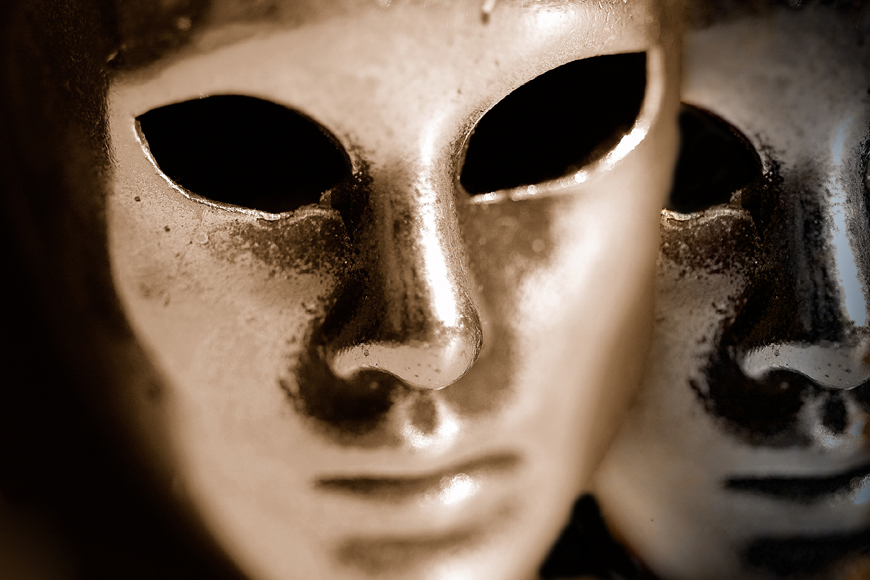 Esports News UK editor Dom Sacco pens some thoughts on the idea of taking on a different persona when streaming – and the positives and pitfalls surrounding this.
“We all wear masks, and the time comes when we cannot remove them without removing some of our own skin.”
So the saying goes, and I believe there’s a lot of truth in this.
Ali “Gross Gore” Larsen, once the UK’s most popular League of Legends content creator, has published a detailed video (embedded at the bottom of this article) following a lengthy absence.
At almost 40 minutes, it’s long, but the gist of looks back on his story in streaming, from his initial foray into drama, his eccentric character, Twitch ban (and eventual unban) and his more recent rise – and fall – in popularity after doing IRL streams with his family.
Whether you are a fan of Ali or not, or if you’re one of those who likes to have a laugh at this site for writing about him, hear me out, because there’s a really important message Ali highlights in this video: being a streamer and ‘playing a character’ on-screen. And how not portraying that properly can cause problems – it can make or break careers.
Playing a character is simply the adopting a adopting a different persona (outside of the streamer’s normal personality) in order to put on a show, or to create some sort of effect or reaction.

“There are some streamers that have an obvious character they’re playing. If that character gets hate, it’s kind of separated from themselves. It makes it easier for them to deal with negative attention.”
Asmongold

The debate around journalists vs streamers has been going on for years now, and for me, both should inform and entertain. Since streaming and video content became a thing, journalists have swung more into the ‘informing’ category and livestreamers have fallen largely into the ‘entertaining’ bracket.
Being an entertainer – with consistent engagement and success – is not easy. It’s easier to learn to write or edit or create more journalistic content than it is to be your own brand, put on a mask so to speak, and keep that separate from your personal life and who you really are.
We’ve seen it over the years – major musicians, movie stars and comedians (and even sportspeople) struggling with their personal lives. Their on-stage persona can be hugely different to what they’re like in real life, or when the show is not running.
But they have this persona, because it works. Look at Dr DisRespect – one of the biggest streamers in the world – it’s obvious he’s playing a character. His viewers get this. And they love it.


Ali makes the point in his video that the reason he got the Twitch and YouTube views and made a career out of streaming, is also because people liked his character: Gross Gore. The one that would call people out, react angrily or ridiculously to insults or if something went wrong, the one that was involved in drama. Because it was entertaining, it was funny, it was shocking.
But this behaviour got him in big trouble. After saying some nasty things, he got banned on Twitch. He then told me in an interview a few years ago he would be ‘leaving drama behind’.
When Ali was unbanned by Twitch, it was done on the condition that he would ‘lay low’ so to speak, to abide by the terms and conditions and avoid unnecessary drama.
And so, the old Gross Gore had gone. What replaced him was Ali Larsen, the streamer, who was more down-to-earth and generally nice on stream. But is that what the viewers want?
Views dropped, his schedule changed after becoming a dad (something I know all too well) and his involvement with his family in his IRL streams – while initially successful – proved to be disastrous and confusing to his viewers.

“I think if I do anything remotely close to [some of the things I did in the past], I will change my whole outfit so I can show people that I’m a different character.”
KSI

After a donation stream for his family’s home generated money which wasn’t passed to them straight away (for reasons explained in Ali’s video), witch hunting began on Reddit and a lot of false reports were made. This tarnished his name and almost wrecked his career.
Ali has now realised the value of Gross Gore the character, and is taking steps to bring him back, while not breaking Twitch’s terms of service. This time, he’ll be adding disclaimers to the stream, stating Gross Gore is a character used purely for entertainment purposes.


Ali said: “People talk about how low my viewer count is, or how sh*t my car is, my elo, my weight… just to get a reaction out of me. Why? To get a reaction out of me, to bring out a bit of the old hype Gross Gore that would go mental. And that’s what people want to see.
“This is a big problem for me. I’m scared the image of Gross Gore is portrayed wrong. Gross Gore is a standalone character that can’t be mixed with other stream styles, i.e. Ali Larsen. Nowadays I’m me on stream – Ali Larsen – I’m not hiding behind any persona or character.
“But from now on, I will be playing a personality, a persona, a character known as Gross Gore. And this time it will be different. There will be no ToS breaking. I will be perfecting this every day.”

“The big challenge for streamers like Gross Gore is to draw the line between their character – their mask – and their real personality. To make it clear to the viewers who’s who, while staying true to themselves AND keeping the character successful. That is not easy to juggle.”

Grossie, while inspired by Dr DisRespect, makes comparisons with Tyler1, who, while generating drama, keeps it in balance and has great consistency. He’s enormously successful. The old Grossie, meanwhile, was more of a loose cannon that could swing from one emotion or drama to another, while seeing his viewer numbers also fluctuate.
The huge British YouTuber KSI has had a problem around this in the past. KSI came under heavy criticism a few years back for behaviour deemed harassing at Eurogamer Expo.


KSI later said he was playing this brash, arrogant character. He said: “I think if I do anything remotely close to this again, I will change my whole outfit so I can show people that I’m [playing] a different character [to who I really am].”
I’ve met KSI in real life. He was nothing like he is on YouTube. He was completely normal, chilled and quiet. He knows how to entertain behind the camera lens and give viewers what they want.

“I’m scared the image of Gross Gore is portrayed wrong. Nowadays I’m me on stream – Ali Larsen. But from now on, I will be playing a personality, a persona, a character known as Gross Gore. And this time it will be different.”
Ali Larsen

Popular WoW streamer Asmongold also made the point that: “There are some streamers that have an obvious character they’re playing. If that character gets hate, it’s kind of separated from themselves. It makes it easier for them to deal with negative attention. So if people hate the character, it’s not like they hate the person.”
World of Warcraft is a good example here. There was a great BfA launch event at Red Bull with in-character actors the other week. It was great fun, it was entertaining.
I’m a roleplayer in WoW. And actually a content creator behind a different, anonymous name. But I will never publicly share my character name or channel. Because that character – that mask I wear – is not me. And I would never want people to confuse or mix the two. My character is feisty, confident and aggressive. But IRL I am cautious and largely keep myself to myself.
The big challenge, then, for streamers like Gross Gore, is to draw the line between their character – their mask – and their real personality. To make it clear to the viewers who’s who, while staying true to themselves AND keeping the character consistent and entertaining and successful. That is not an easy task to juggle and I do not envy streamers trying to make it today.
I’ll leave this article how I began it, with a quote. I’m sure there will be more streamers playing a character in the future, I just hope they remember when – and how – to take their masks off.
“People seldom change. Only their masks do. It is only our perception of them and the perception they have of themselves that actually change.”