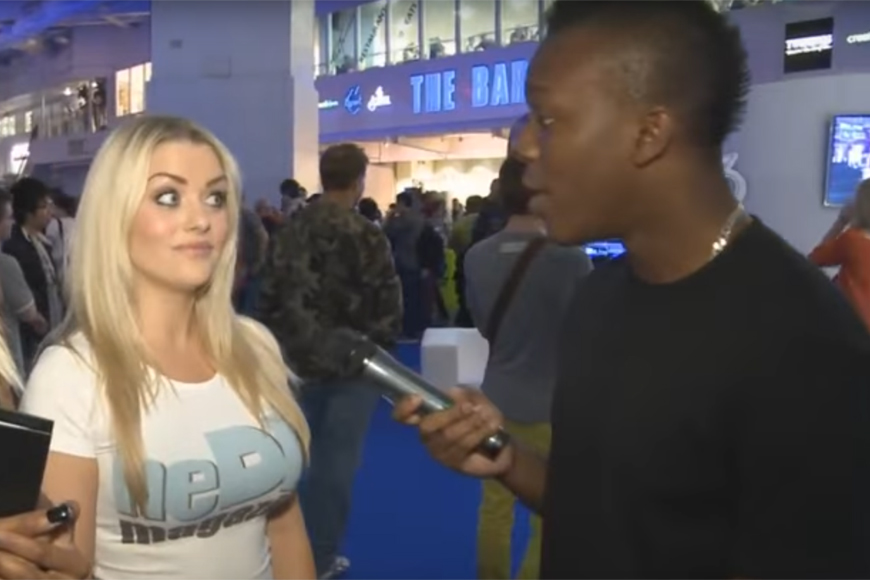 Popular British YouTuber extraordinaire KSI has posted an update on his controversial Eurogamer video from a few years back.
In the original video, KSI is seen making rude remarks to people at the 2012 Eurogamer Expo, including some which were labelled sexist and misogynistic towards women.
In a new video posted below, titled ‘Reacting To “Sexual Harassment”‘, he referred to himself back then as a naive 18-year-old boy ‘doing dumb shit’ and ‘being a dumb shit’.
“This Eurogamer video got me views, it got me likes, but it also got me into a world of trouble,” he said.
“All these news websites had me by the balls, and rightly so, the video was really bad. I can see now why I got into a lot of trouble. I was such a virgin back then…

“I can see now why I got into a lot of trouble. I was such a virgin back then…”

“I’m in shock. I can’t believe I was like that. People enjoyed that video?! I think if I do anything remotely close to this again, I will change my whole outfit so I can show people that I’m a different character.”
Following criticism from several games media publications at the time, such as VideoGamer, KSI was banned from attending future Eurogamer events. He later removed the original video (but with the internet being the internet, it’s been re-uploaded by another channel here).
You can see the new reaction video here:

Following the initial controversy, Microsoft also severed all ties with KSI after hiring him for a promotional event.
KSI kept quiet at the time, though his manager apologised on his behalf, saying that “sexism is not something he condones or wants to be associated with” and “content of the past will not be repeated”.
In 2015, KSI was criticised again by a women’s group for other videos he’s made in the past, including ‘rape face’ videos and one where he calls a Page 3 model ‘a slut’.
An End Violence Against Women spokesperson said that these kind of videos from KSI ‘trivialise rape, which contributes to a culture where rape is not taken seriously,  and where survivors of rape are told that what happened to them doesn’t matter’.