One organisation will probably be looking for a rewind this week – and it won’t be Craig David’s record label for once.
UK esports organisation Rewind Gaming stoked the fire of several players and teams in UK League of Legends this evening, after they published a series of tweets attempting to be playful but coming across cocky.
Team Rewind – a mainly-Plat team – were playing against Diamond-heavy side DigWarGG Academy (nothing to do with UK org Digital Warfare). This was in round one of the fourth and final Summer 2017 UK Masters qualifier this evening.
DigWarGG were disqualified by UK Masters moments before playing the match, because they had Laatch in their roster – a player who put together a team last week that didn’t field enough UK players. This technically meant the result was a 1-0 to Rewind – and a ban for Laatch.

As I’ve just got the info, I’m banned till the mid season break where you can change players, and I won’t be banned from ESL premiership

DigWarGG were obviously frustrated with this last-minute move from UK Masters, and Rewind seemingly rubbed salt into the wound in the game lobby and later on Twitter.
DigWarGG player Bradtek told Esports News UK that Rewind were being ‘super BM’ (bad manners) in the pre-match lobby.
Rewind said they think they annoyed DigWarGG because they ‘attempted to spell PIZZA’ in their bans. And told Esports News UK that DigWarGG told them to ‘KYS’ (kill yourself).
From there, the drama spilled onto Twitter (of course it did).

In response to Rewind’s above tweet, players and people in the scene retaliated, and Rewind kept coming back for more. They’ve now put it as the pinned tweet on their Twitter page.
Rewind were knocked out in the next round by Enclave Dawn.
There are now tons of messages about this drama on Twitter, here’s just a brief snapshot of the arguing and ‘banter’ which is still going on as we type this.

‘How to lose fans and alienate people’ – a royal roasting

The ruckus caught the attention of several in the scene, including Shalke’s British Challenger Series player, Caedrel, and Enclave’s ADC Joekerism (whose team beat Rewind tonight).
Here’s a roundup of some of the roasting Rewind received:

make sure to bot 2k followers and lowkey flame teams as an “esports organisation”, stay out of scene please dont need people holding it back

Nice team of random fucking plat players, we’d win even if we went into the game 4v5 autists kys :DDDDDDD

How to lose Fans and Alienate people. 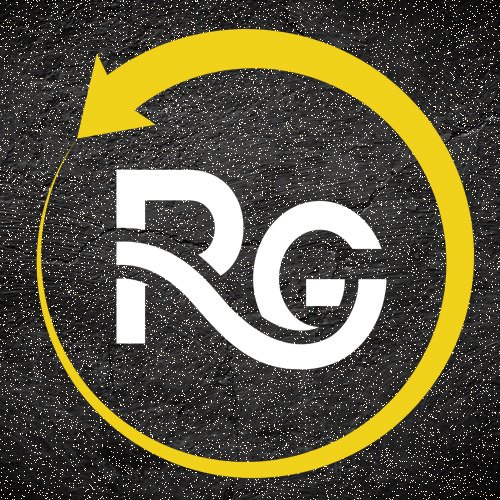 There are two sides to every story, and it’s only fair we reach out to Rewind for them to fight their corner.
Harrison Epps, ADC and head of talent for UK LoL for Rewind, told Esports News UK: “Tonight’s incident, whilst unfortunate in circumstance, went a long way towards invigorating UK LoL esports, a passionate affair that closed UK Masters qualifiers.
“We as a team strongly condemn the use of phrases such as ‘KYS’ used by Bradtek and co both in the lobby and on social media, and feel this cannot be downplayed in promoting our response.
“We didn’t quite understand it [the reaction from DigWarGG]. The guys on their team were much higher ranks than us overall and we knew we were outgunned. I think we annoyed them because we attempted to spell pizza in our bans.
“I think they may have perceived we were at a better level than we actually are… I made our website etc as a bit of a project at Insomnia59 during some downtime.
“It seems the website and the jerseys etc have given people the perception we are a high level org trying to make headway in esports, whereas we believe in just enjoying the game and taking in the culture of the higher level orgs. We are very passionate about the success of UK esports and seeing what teams such as Enclave and MnM can do.

“They originally started saying ‘KYS’ (kill yourself) to the mod by the way, ‘TheHench’. A couple of our players told them to pack it in and back off and they then started on us and attacked our ranks etc. We didn’t want to be bitter so we gg’ed them and tried to join in the conversation on Twitter – that backfired somewhat.

“I would definitely admit our comments tonight stoked the fire somewhat, but I guess that’s part and parcel of us trying to take ourselves lightly in esports.

“We take it all in our stride, it was a laugh for a night. We will definitely move on but be sleeping with one eye open haha.”

UK scene player Bradtek, who was on the roster with DigWarGG tonight, added: “Laatch, UK Masters admins and Rewind are all in the wrong. Laatch for fielding a team with 0 UK players, UK Masters for letting Laatch know he’s disqualified right as a game is about to start, and Rewind for being such unprofessional and constantly BM’ing while calling it ‘banter’.

“Laatch has probably done the least amount of harm.

“I couldn’t play in the last three qualifiers because I’ve been busy then I finally get to play with a roster that was thrown together and UK Masters admin disqualify our player right as we go into game, it’s really unfair on the three UK players in my team who just wanted to play.

“They gave us a chance at 7:30 to find another player to fill in but we were all pretty annoyed and ended up not playing.

“Rewind are honestly just the most childish ‘org’ I’ve ever seen, barely an org. Just a random guy trying to wind everyone up posing as an org.”

UPDATE: Rewind have disputed some of Bradtek’s claims above

Harrison from Rewind added: “Bradtek straight up lies in his quote – it was them who messed up champ select.

“Had they not messed it up the game would have started and an admin wouldn’t have realised Laatch was playing.

“It was only when they disbanded the lobby for the third time Hench (the admin) had to intervene and join the lobby.

“When he joined he realised Laatch was there and disqualified them and then they told to him kill himself.”

UPDATE UPDATE: Bradtek on the above and the ‘KYS’ messages

“Someone on our team DC’d in lobby first time round. Second time something was wrong so someone left,” he said. “Third time round when we tried to do same pick bans they locked in the wrong champ because they thought they were still banning – and after that was when Hench joined.

“It was mostly Ayleex talking crap in the lobby and then everyone left. Everything said by me is all on Twitter basically.”

On the KYS stuff, he commented: “I can see people taking the “KYS” thing a bit harshly. It’s probably a bad thing to say but for me and most of the League community it’s more of a form of flame rather than a literal ‘kill yourself’.”

We just wrote another 1,000 word article on ‘drama’ in the UK League of Legends scene.

Can we please just have a week without any UK Masters squabbling? What’s going on with these qualifiers! Just look at some of the events from the past few weeks:

Leave us to sulk while we contemplate our existence.

And we’ll see you next week for another episode of Dom’s Drama Direct.

Valorant enters closed beta in select regions next week, with more to follow depending on the COVID-...
Fnatic Rising win dramatic five-game UKLC final after beating BT Excel in what was arguably the batt...
Belong takes Arena tournaments online