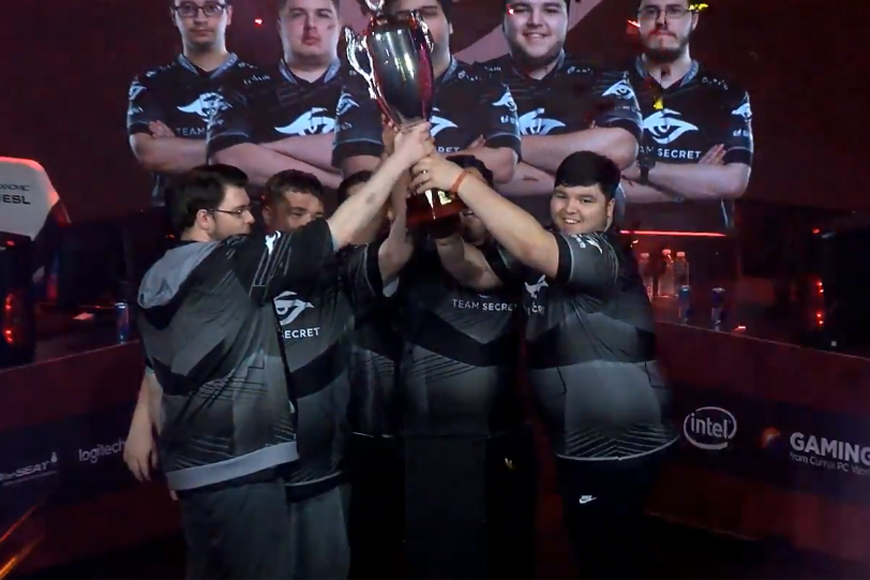 The ESL Rainbow Six Premiership is returning to the Bowlers Exhibition Centre in Manchester with nearly double its previous prize pool.

The UK and Ireland tournament kicks off on October 16th with more support from the game’s developer, Ubisoft, who have announced a £20,000 prize pool for the Winter Season.

This makes the ESL Premiership the biggest Rainbow Six esports tournament outside of Premier and Major competitions.

As a result of this, the talent participating in the ESL Premiership have the opportunity to grow and be noticed by international organisations, like in the case of the former MnM roster, who have now been picked up by world-renowned Navi.

The news comes as Team Secret (pictured) step away to pursue international competitions. This leaves Natus Vincere, the current champions, to defend their title, and an open spot in the top flight for the next generation of UK and Ireland talent. Fierce Esports’ new roster will compete alongside ESSENCE, ‘Soon to be named’ and ‘Looking for org’, with the final three teams set to qualify on September 24th.

The ESL Premiership Winter Season 2019 will begin on October 16th with its first two playdays, and will continue for three weeks, with two playdays a week. After this, there will be one playday for a week, before the Play-Offs on November 13th.

Closing out this season will be the live finals back in Manchester in the Bowlers Exhibition Centre on November 23rd.

The ESL Prem RB6 2019 Spring Season Final took place in Bowlers Exhibition Centre, and the Winter Final will be returning to Manchester for an encore. Tickets for the live finals will be live from September 24th from 10am.

Fans of the title were able to acquire Rainbow Six Siege merchandise including T-shirts from the developers, team merchandise from the finalists and other international favourites, and pins of Operators provided by The Koyo Store.

Endpoint CeX become first UK esports team to launch a blockchain fan token, with plans to open a new...
All-chat is being removed from League of Legends to 'address verbal abuse'
Interview with Larssen from Rogue: 'We will make EU proud at Worlds'
Dom Sacco