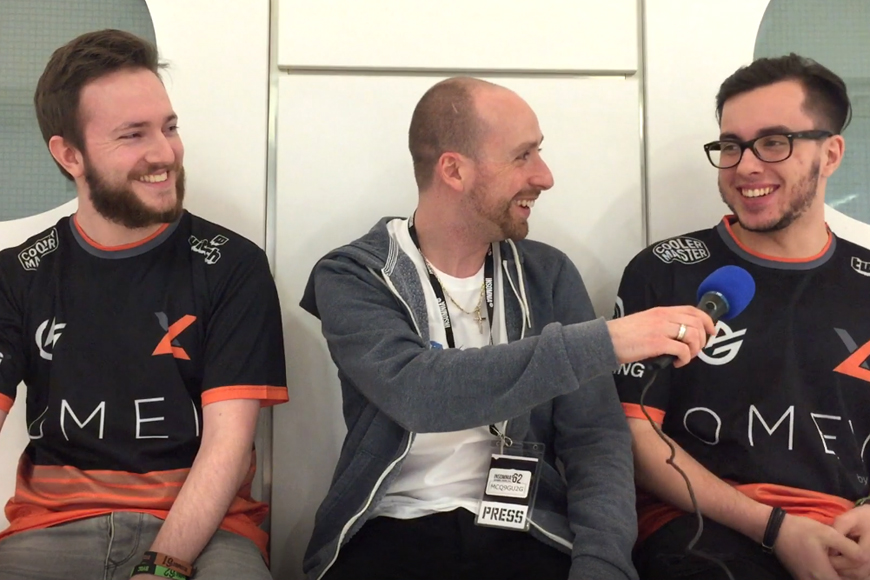 On the UK Masters win

Sendo0: “We changed the gameplan and we modified a few bans here and there, and I think that worked out really good for us. I felt like they had no chance.”
Kruimel: “You don’t see those champions [I played – Ziggs and Zoe] that often, and when I picked them, I was popping off with them.
“Non-common champs I mostly play, I can play them at a high enough level. Zoe was really strong at the beginning, then she got nerfed, and I feel like she’s coming back again. It’s really solid.”

Kruimel: “I think practicing in our OMEN gaming house definitely made an impact.”
Sendo0: “You’re more used to your teammates, you see them every day and have synergy. The relationship you have with them, seeing them every day – you notice it in-game as well. So a gaming house helps in the long-term.
“And Kruimel and me are always being clowns in the house, when we’re not scrimming.”

On their chances in the ESL Prem finals next week

(Last time around, former exceL players Innaxe and Aux told Esports News UK they would win the Prem – and they went on to do so)
Kruimel: “I’m gonna say the same as Innaxe and Aux, we’re gonna win [the Prem] again.
Sendo0: “I hope so as well. If we play like we played this tournament, it’s definitely possible. But we shouldn’t forget about Misfits, I think they’re by far the strongest team, and they weren’t in this tournament, so I think they’ll be hard to crack.”

On taking part in the European Masters this month

Sendo0: “It’s going to be really hard, there’s going to be lots of international competition. But we’ve been scrimming with some of the best national league teams in Europe.
“We have good momentum and if we can keep that going I think we can do well in the European Masters too.”