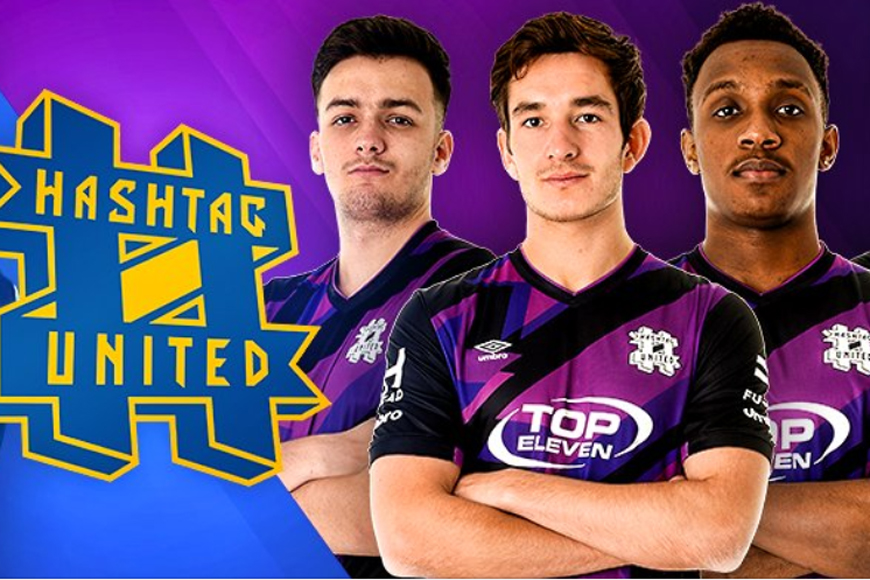 UPDATE (February 5th): Team Infused have posted an official update detailing their departure from the Elite Series.
ORIGINAL ARTICLE (February 3rd):
Esports org, football team and YouTube channel Hashtag United have signed up to participate in Season 3 of the Gfinity Elite Series.
In a press release, Gfinity said Hashtag United will line-up against esports heavyweights including Fnatic, Vitality and Team Envy, battling it out for part of the £250,000 prize-pool when the tournament kicks-off on Friday March 9th at the Gfinity Esports Arena in London.
Gfinity recently announced that Fnatic, Vitality and Ares had been added to the third season of the Elite Series, with the overall number of participating teams rising from eight to ten.
With Endpoint dropping out, that would still leave 11 teams overall. However, a quick check of Gfinity’s official Elite Series teams page shows that Team Infused are not listed, bringing the number to ten.

It appears that Team Infused have left the Gfinity Elite Series.
Hashtag United were founded by YouTuber and football/FIFA personality Spencer Owen in 2016. It’s an amateur football team originally comprised of Spencer’s friends who started filming their matches and releasing the footage online.
The team has gone on to play in front of 35,000 fans at Wembley Stadium, secure a kit manufacturer and sponsorship deal and build a FIFA esports team.
Hashtag United’s FIFA 18 team includes Harry Hesketh – aka Hashtag Harry – winner of Spencer FC’s own Game Academy tournament, which gave amateurs a chance to turn pro and was hosted at the Gfinity Esports Arena in 2016.
They also have Ryan Pessoa, who Esports News UK interviewed along with other UK FIFA players at the FIFA Interactive World Cup last year.
In joining the Elite Series, Hashtag United have also branched out into Rocket League and Street Fighter V.
“I’m absolutely delighted that Hashtag United will be part of the Gfinity Elite Series as it’s where my own personal journey with esports began and, more importantly, where Hashtag United’s esports team was born through The Spencer FC Game Academy, where we signed our first player, Harry Hesketh,” said Spencer Owen.
There’s some more thoughts from Spencer in this vlog: