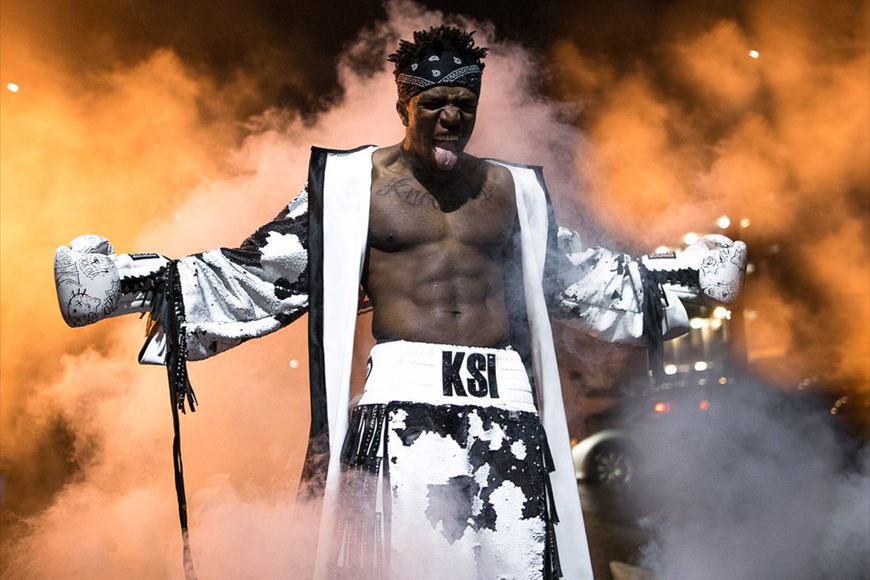 Popular British YouTubers Olajide “KSI” Olatunji (aka JJ) and Joe Weller stepped into the boxing ring at London’s Copperbox Arena this evening.
It was KSI who emerged the victor in the third round, after months of verbal sparring and build-up between the pair.

The fight – which took place in front of a crowd of 8,000 – followed diss tracks the YouTubers made targeting one another, and a heated press conference.
It was set to have six three-minute rounds overall but KSI left Joe bloodied in the third round before the referee declared KSI the victor.
Drama and diss tracks seem to have become the in-thing on YouTube over the past year or two, with KSI and the Sidemen creating diss tracks to trade blows with one another over the past year.
You can watch the full fight back on KSI or Joe Weller’s YouTube channels.

What KSI and Joe Weller said after the fight

KSI said after winning: “I talked the talk, and I walked the walk motherf*cker.
“Joe, you were way harder and way tougher than I thought. Respect to you bro for getting in the ring and for giving me a tough battle. I want to thank my mum, my dad, my bro, the Sidemen, all the friends and everyone who helped me out… shout-out to all my fans who had my back from day one.
“I don’t like you Joe, but I like what you stand for. Mental illness is a real thing, ladies and gentlemen. I want this event to showcase that anyone suffering from mental illness, you are not alone and you should never ever ever give up.
“All my life I had people telling me ‘you can’t do this and can’t do that’. YouTube, music, movies… I proved them wrong.”

“I have the belt now – if any YouTuber wants it they can come and get it. Jake Paul, Logan Paul, any other Paul or celebrity who wants it.”
KSI

KSI also challenged other YouTubers to get in the ring and fight him in the future too, challenging Jake Paul and Logan Paul in particular.
“I have the belt now – if any YouTuber wants it they can come and get it. Jake Paul, Logan Paul, any other Paul or celebrity who wants it.”
Joe said: “Obviously I’m gutted. He’s a heavy hitter, those blows, they stun you. So I have respect for JJ for taking it seriously and putting in the work. Regardless, I’ve taken something much bigger away from this whole experience.
“I feel like I’ve grown as a person, being surrounded by my team and my family and my friends. I didn’t get the championship belt but I’ve got much more than that, so I’m still happy.”

Did you find this page through Google?

Why not stick around? There are other exciting things outside of YouTubers! Esports News UK covers the latest esports goings on, match reports, interviews and more from the world of UK esports, predominantly League of Legends.
You can follow Esports News UK on Twitter here to see more of our content.

Guild Esports and Samsung launch pop-up experience at Selfridges London featuring meet and greet wit...
Interview with UK CoD player Zer0 on rejoining the London Royal Ravens: 'This team has some of the b...
UK orgs Endpoint and SMPR qualify for RLCS Fall Major after facing off in EU Regional Event 3 grand ...
Dom Sacco