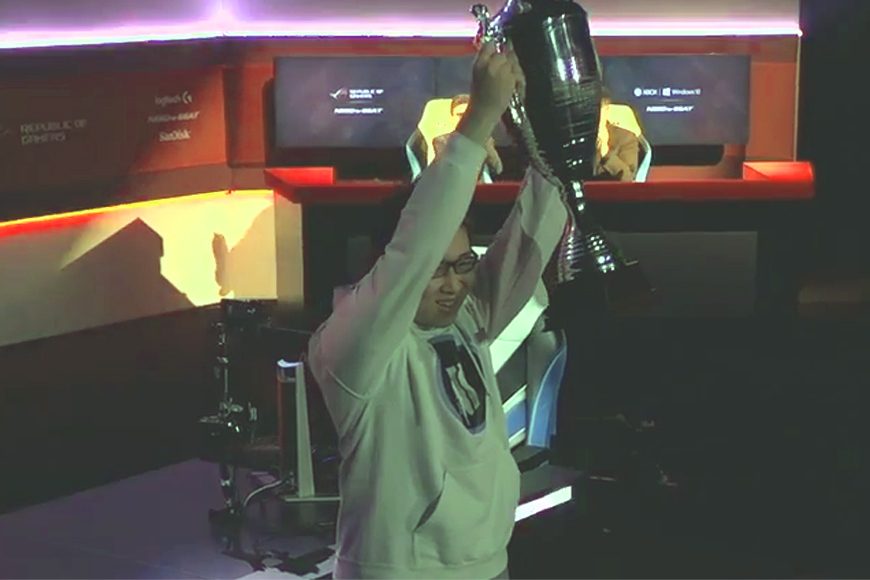 Gosu Crew British Hearthstone player James “GreenSheep” Luo has won the 2017 ESL Premiership spring split.
He beat MnM Gaming’s Alister “Mysterious” Kerridge in the grand final which went to two best-of-fives. This was due to the double elimination format – play continues until everyone bar the overall winner has lost two games.
GreenSheep beat x13en 3-0 in the winners’ bracket semi-final at MCM London Comic Con, while Mysterious picked up a 3-0 victory over Duncan in the losers’ bracket.
Mysterious then swept x13en 3-0 to meet GreenSheep in the final, whom he beat 3-1, bringing the final to a second best-of-five.
But it was i60 winner GreenSheep who picked up the victory, with a straight 3-0 in the second series.

GreenSheep had a testing 2016, with former org Team Dignitas deciding to exit the Hearthstone scene in September last year.
But he’s come back strong, joining Gosu Crew, playing in the Hearthstone Championship Tour Winter Finals in the Bahamas, winning i60 and now the ESL Premiership.
He had this to say during his post-final interview today: