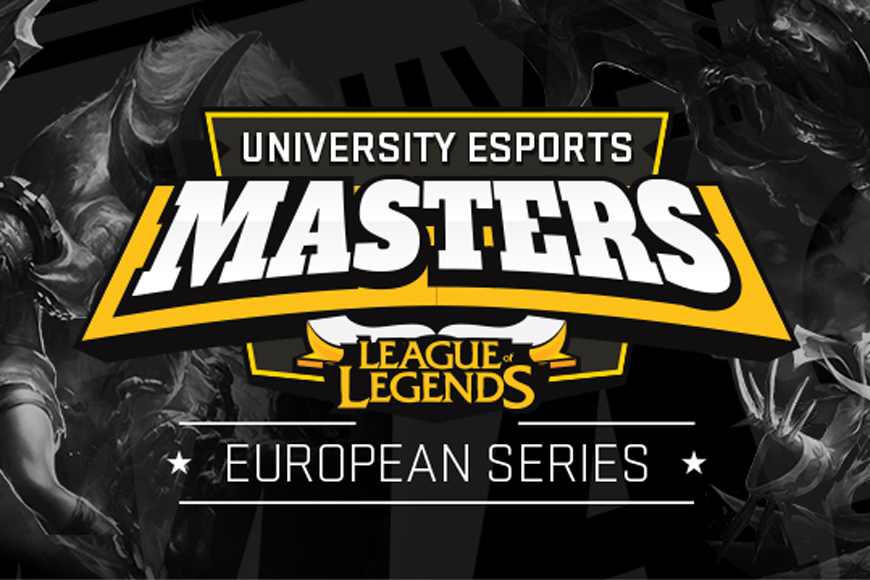 The University Esport Masters (UEM) EU tournament took place last week from July 18th to 23rd. Craig Robinson looks back on the group stages and how well the UK’s Aston Aunties performed.
The UEM featured the best five university League of Legends teams from Europe, competing against each other for a cash prize of €500.
With Aston Aunties (current NUEL champions) representing the UK, going up against teams from France, Italy, Portugal and Spain in a best-of-one format, let’s take a look at how things went.

Portugal and UK played the first game. This seemingly went in favour of Portugal fairly early on and they managed to take the game without any major issues. The second game of the day was between Spain and France, with Spain taking the game after a bloody battle.

On Tuesday,  Spain and the UK played each other in the first game of the day. After the defeat on Monday, Aston took the game fairly well and earned their first win.
The second game of the day  was between Italy and Portugal. This game was the closest game of the week, with both teams battling back and forth with Italy finally taking the win; the game has been described as the only upset of the tournament.

Spain played Italy in a mid-week match. This game was important for standings, as it could ruin Spain’s chances at getting a final seed, or make it harder for Italy to get there.
In the end, Italy took the game and made themselves 2-0 up in the standings. The second game of the day was UK vs France. This game was a bloody battle as well, but in the end, the UK took the crucial team fighting victories to bring them the game, putting them at 2-1 in the standings. You can check some of our video highlights here:

On Thursday, Italy and France played the first game of the day. Looking at how dominant Italy were playing and how weak France looked, the result of the game matched our expectations. The second game of the day was between Portugal and Spain. Likewise, Portugal seemed the best team versus an already battered Spain; the results was a victory for Portugal who knocked out Spain’s hopes of reaching the final.

Friday was the last day of the group stages. The first game was between France and Portugal. Like the Portugal versus Spain game, the Portuguese had taken control of this game, making them 3-1 in the standings.
The second game was between UK and Italy. This game was all or nothing for the UK, as they needed to force the three-way tie to get a shot at the finals. To their relief, the game was cancelled, with the UK getting the win.

The Italian team had been discovered to be account sharing on one of their roles. The UEM administration had then voted on what to do with the team and the result was for the team to be removed from the tournament. This mean it was now a rematch of Portugal versus the UK in the final.

Portugal:
Bomb Nuker: Fiora, KICK LeChase: Rek’Sai, FTW Dragon: Cassiopeia, WarayV: Ezreal, EGN Pechoshev: Braum
UK:
Matty Triceps: GP, J3T: Hecarim, Wood League: Vladamir, MSR: Lucian, Andy: Morgana
The early game had some action. The UK had jungle/mid synergy that earned them kills, while the Portuguese team looked to gain side lane advantages. Out of the two teams, the Portuguese seemed to come out ahead in the first 15 minutes. From 17 minutes onward, team fights became a standard practice.
Both teams took fights throughout the game, but it was Portugal that looked menacing from dominating and from their own setups. At the 29-minute mark, there was a big shift in momentum, due to a nice UK team fight that returned 4,000 gold and the Baron. However, this would be in vain… at 34 minutes, all that the UK achieved had been destroyed by one team fight, which earned Portugal a 4-2 trade. Unfortunately, the spectator client crashed but we know that Portugal took the game anyway.
MVP: Waray V. He was constantly positioned well, and in some fights, he played a very big part in denying Aston Aunties a comeback.

UK:
Matty Triceps: Shen, J3T: Nidalee, Wood League: VKarma, MSR: Caitlyn, Andy: Sona
Portugal:
Bomb Nuker: Mao Kai, KICK LeChase: Rek’Sai, FTW Dragon: Viktor, WarayV: Sivir, EGN Pechoshev: Nami
Like the previous game, both teams opened up with a similar strategy that got their key players ahead. However, it didn’t take too long for Portugal to get rolling. At 20 minutes, they had a 7k lead. With such an enormous lead, Portugal dominated the map for the rest of the game and won even more massive fights around the map.
Consequently, Portugal were able to take the game at 29 minutes, taking the finals 2-0 and earning themselves the prize pool to close out the University Esport Masters tournament.
MVP: Pechoshev. Pechoshev constantly landed crucial bubbles onto targets like Wood League and MSR.  This enabled Portugal to have a dominant performance all the way through game two.