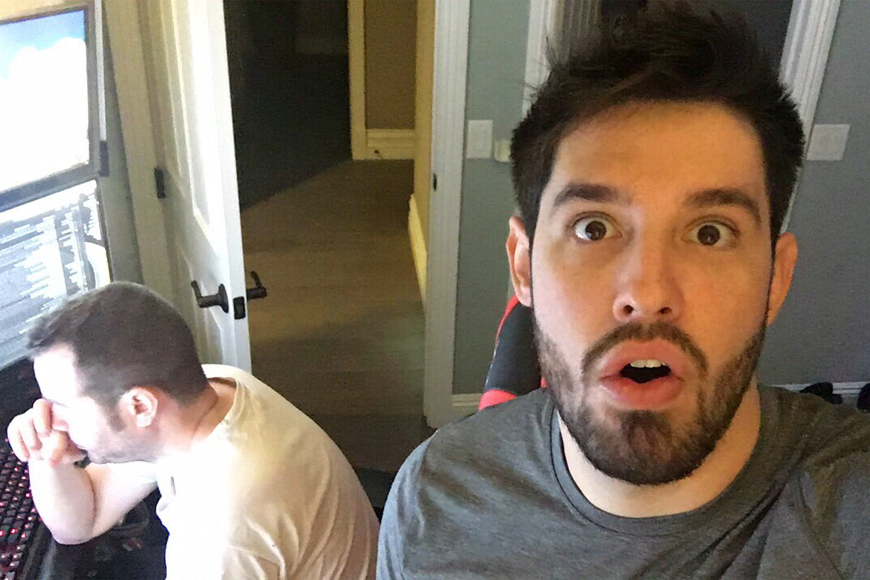 eSports News UK’s Reece Barrett shares his views on the recent drama surrounding CSGO skin betting…
If you are a fan of CSGO you know how big the gambling scene is. There are absolutely countless sites made purely for betting your skins, whether it be gambling the skins in a jackpot or betting the skins on a pro match.
Recently, Valve released a statement where it vowed to force gambling sites to shut down, and if they fail to do so, Valve will sue the sites.
“Using the OpenID API and making the same web calls as Steam users to run a gambling business is not allowed by our API nor our user agreements,” Valve said.
So first of all, why take down the sites in the first place? Well, we don’t really know what triggered Valve to take this action, it could be the whole TmarTn/Syndicate scandal. This saw the pair of streamers accused of owning gambling site CSGO Lotto without making it clear, and also allegedly posting rigged videos of them winning money using the site.
It could also be the two near-identical lawsuits submitted against Valve recently. This might even be a smart business move disguised as something that will help the community; Valve has now killed the CSGO skin marketplace so now players will have to go back to the developer for skins.
Then there’s Phantoml0rd, who has just been outed by eSports journalist Richard Lewis and accused of rigging CSGO skin betting.
While I don’t know for sure why Valve shut down the sites, I know that I personally would’ve done the same thing if I was in their shoes.
Recently, lots of pro players have talked about gambling on CSGO in a video on Fragbite. They said how they don’t gamble and how they think it’s bad. However, the one person who basically shares my view is Virtus Pro’s TaZ. Taz pretty much says that betting is the future of eSports, but gambling isn’t. What he means by this is that betting with real life money, real life currency, on an official legal app is the future – but putting skins into a jackpot which can easily be fixed or rigged, is not.
Sometimes I don’t understand why people gamble their skins in a jackpot. I have personally never done it, I’ve bet skins on matches but I’ve never put any of my skins into a jackpot. I personally think it’s stupid.
I know you can win big money, I know people can become rich off of this and I know it’s all a part of the rush, the adrenaline of winning. But, you’ve got a big chance of losing too. On numerous occasions I’ve had many people contact me saying that they will fix a pot for me if I shared 40% of the winnings with them.
I’ve never done it; I couldn’t live with scamming people out of their money, it would eat me up inside. It’s just stupid that people do this with their skins, in my opinion.

“Valve could set up a Parent Mode for Steam accounts; allowing parents to log in and see all trades, messages and activity with other users.”

Getting onto the second thing Taz said – betting being the future of eSports. I totally agree with this; if official and legal betting organizations are seeing that eSports is a good source of income, then it really shows this business and this sport is growing.
I think that betting with real life money with an actual trustworthy betting company is totally fine when it is done right – you see it happen with football, tennis, rugby, wrestling, all the big and popular sports.
I even think that betting on matches with skins is okay; sites like CSGOLounge provide a trustworthy platform to bet skins on and I believe that Valve shouldn’t take down this site, it is a fully legitimate website with a good trading and match betting platform. Betting skins on matches still isn’t 100% okay, but it’s a lot better than betting skins in a pot on a roulette, and betting skins on professional matches is something I’m okay with.
We should also remember that one of the suspected reasons for Valve taking action and shutting down the gambling sites is because of a lawsuit a parent submitted a few weeks ago, suing Valve for “promoting illegal underage gambling” after her son lost an undisclosed amount of money on CSGOLotto.com.
I believe that this is a very stupid lawsuit as it is not Valve’s fault that her son lost that money, it’s her own fault for not monitoring her son’s online activity and her own fault for not putting a stop to him gambling before he lost the money.
I would go as far as saying that Valve could set up a Parent Mode for Steam accounts; allowing parents to log in and see all trades, messages and activity with other users. This could also be used as verification. The parent has to confirm all trades before they are sent.
There are some basic parental controls on Steam but these prevent kids from buying games, as far as we’re aware they don’t prevent the use of third-party CSGO gambling sites.

“I couldn’t live with scamming people out of their money, it would eat me up inside. It’s just stupid that people do this with their skins, in my opinion.”

The two biggest things wrong with CSGO could be killed this way: scamming would die as parents wouldn’t allow the trade if they had any common sense, and gambling would die as parents wouldn’t allow underage gambling. I doubt if this will become a reality, however, as the minimum age for creating a Steam account is 13 and this mode is tailored for children younger than that (who could be a bit gullible). It’s either that, or simply monitor your child’s online activity.
Valve has done the right thing here business-wise, it has killed the competition in the Counter-Strike scene and I would’ve done the same thing. I do think the odd bit of betting is okay, there are some great websites like ESP which you can use to play fantasy CS for skins or real life money. I think this is great as this is not fixing it in any way shape or form, everyone has their chance to win and it’s all down to your strategical picks to win. I believe gambling like this is fine, but gambling by putting skins into a pot is not fine.
In conclusion, I believe Valve made the right decision to shut down the gambling sites, just as long as they don’t go so far as to shut down fair sites such as ESP or Kickback, which are based on skill and not luck.
Valve has made the CSGO community a better place by getting rid of the gambling sites – and I believe gambling sites are a waste of both money and time.

By making a regular contribution on Patreon, you will allow us to produce better content, cover more games and pay for better web hosting (which means our site won’t go down anymore from traffic spikes).
Any donation you can offer would be massively appreciated – and we have a bunch of supporter rewards on offer too.
Check out the eSports News UK Patreon crowdfunding page here for full details.