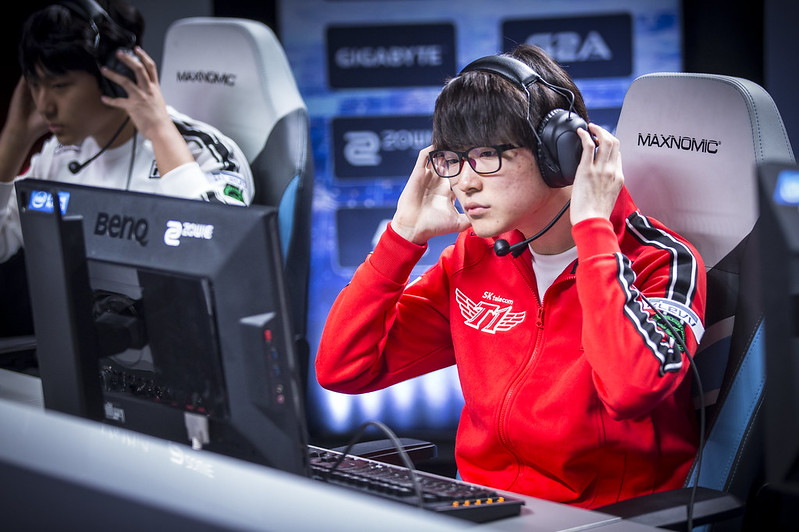 Korea is known for fostering esports talent
The Korea e-Sports Association (KeSPA) is a body that manages and promotes esports in South Korea. There are gaming academies in that country that encourage and train the next-generation of pros to be the best in the world.
We don’t have anything like that in the UK. Yet.
Below is a photo of Fnatic’s League of Legends team, who are regarded as one of Europe’s best.
Their organisation is based in the UK. But they don’t have a single British player, possibly for some of the reasons I’ve outlined already. And they are nowhere near the level of SK Telecom T1.
Wake up – the things you’re opposing now could hold back esports in the UK for years to come. 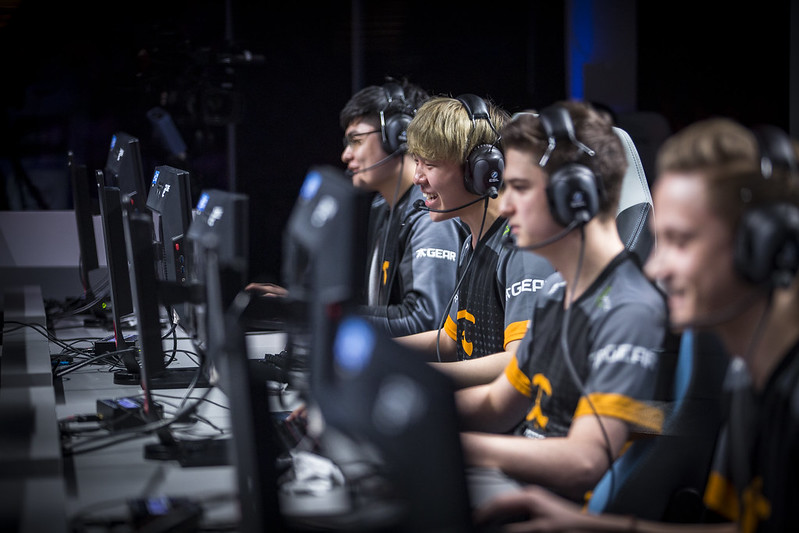 Also, as a Youth Olympian, did you know that the UK Government is backing an esports tournament at the Rio Olympics this summer?
Culture minister Ed Vaizey said: “I want the Government to get behind esports. I think esports is the next frontier for us.
“I think the UK and London can be one of the world capitals for it. I’d love London to host the eGames Olympics and to see people from all over the world play in a range of games.”
Is the Government wrong on this one? What do you think of Ed’s comments?
LSU Media also said that “the NUS conference doesn’t in any way reflect a balanced demographic for ‘average students’,” hence the motion being passed.
The article read: “Where do we draw the line with how much we let NUS make decisions that affect the ‘average’ students that make up the majority of our campuses and yet make up the minority of conference?”
What is an average student? And what are you implying here – that some students’ views hold more weight than others? That gamers are in the minority?
You should be ashamed.

Finally, I challenge you to give esports a go. That’s right – go and talk to your computer society at Loughborough University and join one of their gaming sessions.
Jenna, you said yourself that ‘uni is the place to give it a go’.
“Your experience here is completely what you make it, you get out what you put in and here at Loughborough, you get it back in spades!” you said. “I am one of those people who couldn’t say no to getting involved.”
Well, put your money where your mouth is and prove it. As VP of Societies, I’m sure you will stand by your word.
With the specific role you hold on the Students’ Union, you’re also best-placed to learn about your societies first-hand and better understand their concerns.
Play a competitive game like Counter-Strike, watch a team compete in it together and then tell me it’s not a sport. Watch a match online on Twitch.
I want you to understand and try and feel the competitive spirit that esports has. Like hockey and netball – you might find it is fun and full of camaraderie.
Please let me know how it goes, and I’d be more than happy to publish a response from you here at esports News UK.
Thanks for reading.
Good luck and happy gaming.
Dominic Sacco,
Esports News UK editor and founder
P.S. A few people have contacted me since the publication of this article who were offended by my some of my comments. I want to apologise if this caused offense – it wasn’t my intention to offend anyone. I was just trying to voice my opinion and perhaps could have done this in a better way.

[…] Here's our open letter to Loughborough Students' Union over their comments against eSports. […]

[…] can check out our open letter to Loughborough Students' Union VP of Societies on the matter, who has yet to respond to us, though she has since made her Twitter account […]

[…] unsurprising, given the university's strong ties with traditional sport. It prompted us to write an open letter to Loughborough's VP of Societies Jenna Holmes, questioning her stance on the matter, but we never heard […]