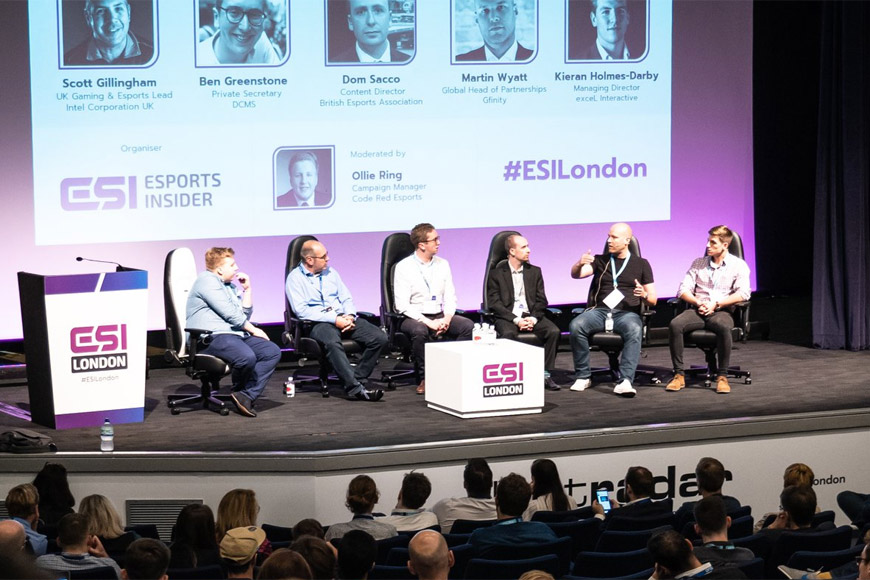 ESI London 2021 was announced last month, and there are more event details here, but what of the actual panels? We’ve listed a handful of our favourites to look out for.

Post pandemic revenue streams – what lessons will stick from 2020-21?

Monetisation opportunities have shifted during the pandemic, with many live events cancelled or moving to a hybrid format, though LANs and finals are starting to return.

Esports business in the UK – the future is bright?

The UK esports market is continuing to evolve and develop, with a host of names operating here, from ESL UK to Gfinity, Blast, Faceit, Fnatic and more.

Diversity in esports – is substantive change on the way?

This panel will look at how esports businesses can cultivate a more diverse space.

We now have more diverse tournaments like Valorant VCT Game Changers for women and minority genders (recently won by UK organisation Tenstar) – so how can companies create a more inclusive work environment or set up?

The student experience – how is esports revolutionising student life

The esports education space in the UK is moving rapidly. Since Staffordshire University launched the first esports degree in the UK back in 2018, we’ve seen more institutions get involved, the Esports BTEC launch, colleges and universities open new facilities and more.

We also have more collegiate esports tournaments than ever in the UK, with the NSE, NUEL, British Esports Student Championships, Digital Schoolhouse and Adaplay, for example.

Sam Cooke, MD & co-founder of ESI, commented: “After over two years we are incredibly excited for ESI London’s in-person return, and to continue on our mission to drive the esports industry forward by facilitating thought provoking discussions with leaders across the industry.

“We know that conferences are an essential opportunity to network, and we look forward to sharing the exciting networking alternatives we’ve developed at BOXPARK for attendees to connect through unique and memorable experiences, and in doing so build lasting relationships.”

Get tickets, view the full agenda and see more info on the ESI London website here.