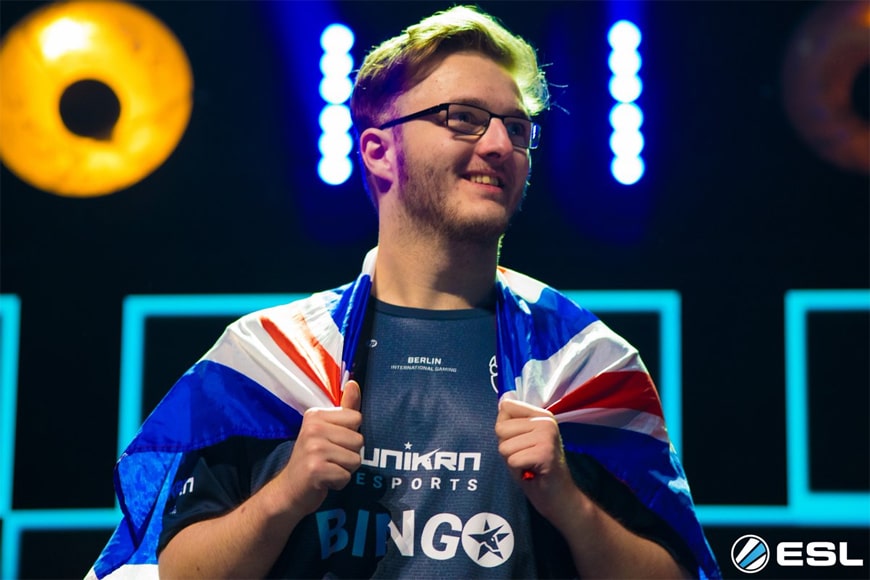 British CSGO player Owen ‘smooya’ Butterfield stepped in as a temporary player for Fnatic on the weekend, and showed an exciting glimpse of a potential UK core roster.

He stepped in after Fnatic AWPer Jackinho was moved to the bench and Fnatic were able to strike a deal with Movistar to enlist the services of smooya temporarily.

Fellow AWPer smooya was benched by Movistar back in August, but is still contracted to the Spanish organisation. They allowed him to play for Fnatic on the weekend in the Intel Extreme Masters (IEM) Winter Open Qualifer:

Playing under Fnatic and alongside fellow British players Alex and Mezii (who joined Fnatic in August), smooya played well, helping the London-based org to progress to the closed qualifier along with FunPlus Phoenix.

Fnatic went on a run of wins before defeating Nigma Galaxy 2-1 to progress.

However, smooya did remind fans that his stand-in was only temporary, and that it’s unlikely he’ll be playing with Fnatic in the closed qualifier.

“Don’t believe I’ll be playing in the closed with the guys so I’ll be wishing them the best from the sidelines,” smooya said on Twitter.

On the matches themselves, smooya added: “Could have been better but it was a decent first showing, considering we had 0 hours of practise and didn’t get shown a single thing on a server.

“Also massive thank you to Movistar Riders for even giving me the chance to stand in for Fnatic. They did something most other orgs wouldn’t do so please thank them for me, also they have treated me with the upmost respect since I joined.”

smooya showed clear passion and interest in playing team CSGO esports again, and recently said: “I just want nothing else than to play in a team I can make my home. I want to be able to wake up every morning and play Counter-Strike – that’s the only reason I haven’t gone to Valorant. So it looks like I’ll be streaming [CSGO going forwards].”