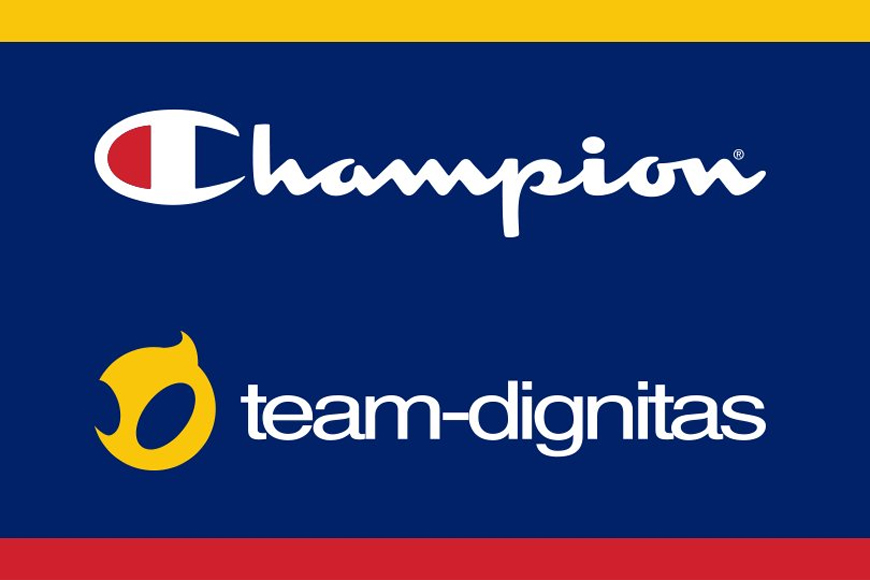 Team Dignitas, the esports organisation founded by British manager Michael “Odee” O’Dell, has announced a multi-year partnership with apparel brand Champion Athleticwear.
This marks Champion’s entry into esports, as it becomes Team Dignitas’ official jersey, casual wear and athletic wear provider, launching a new casual, fan-focused apparel line and online store alongside the franchise’s autumn 2018 rebrand.
Champion will also develop a Team Dignitas-branded women’s apparel line, following the success of Team Dignitas’ world champion women’s CSGO team.
“It is extremely exciting for us to be partnering with one of the original esports teams, steeped in experience and success,” said Tyler Lewison, general manager of Champion.
“We will be working hand-in-hand with Team Dignitas to refresh their brand and engage the gaming community. Additionally, we are focused on partnering to create more opportunities for women in gaming; and their associated fanbase.”
Champion will also design and operate an online retail platform for Team Dignitas fans. Beginning this autumn, and alongside the franchise rebrand and associated merchandise launch, Champion logos will appear on all Team Dignitas’ player jerseys.

“We will be working with Team Dignitas to refresh their brand and engage the gaming community. Additionally, we are focused on partnering to create more opportunities for women in gaming.”
Tyler Lewison, Champion

12 Team Dignitas players, including world champions Amanda “rain” Smith (Team Dignitas Women’s CSGO) and Jos “VioletPanda” van Meurs (Team Dignitas Rocket League) as well as Fortnite broadcaster Jake “GernaderJake” Straus, will stream unboxing videos of Champion apparel via Team Dignitas and player social media channels.
“The opportunity to partner with the apparel company that pioneered one of the most essential retail pieces in any esports player and fan’s wardrobe – the hoodie – is truly appropriate,” said Team Dignitas CEO Michael Prindiville.
“As we continually build and evolve our brands, we look forward to innovating with the Champion design team to develop a style that excites our fans and motivates our players in competition.”
It’s not the first time a big clothing brand teamed up with an esports org – Team Vitality signed a huge deal with Adidas last year. But it of course shows the continued interest from mainstream non-endemic brands within esports.