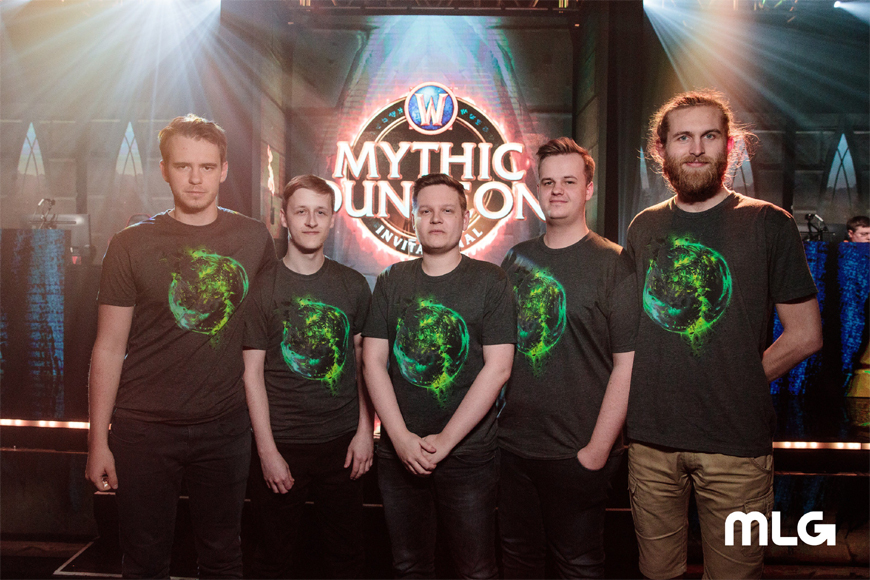 Battle for Azeroth, the latest World of Warcraft expansion, is barely a month old – yet one team has just become the first ever to conquer a Mythic +15 dungeon with an average item level of 355.
exceL Angels, the team formerly known as Kjell’s Angels, achieved the feat after winning the Ohio Mythic Dungeon Invitational (MDI) and signing to UK esports organisation exceL Esports earlier this summer.
With MDI All Stars around the corner at Blizzcon this November, Esports News UK editor Dom Sacco sits down with Rory “Cirra” Singer, the team’s sole British player, captain and healer to discuss their recent victories, what’s ahead and what it takes to become a world-class Mythic dungeon team.

Esports News UK: Please can you introduce yourself and tell us how you got into competitive World of Warcraft?

Cirra: My name is Rory Singer, I go by many names: Ciralliou, Cirranor and Chiranor most recently, but I prefer Cirra. I turned 22 in June during globals.
When mythic plus first came out I wasn’t really that fussed. I did my weekly +10 or whatever it was at the time, played a bit with guildies but nothing serious.
Once the first MDI came out, I saw the level of skill and thought: ‘I need to play this.’ It was something that interested me. So a day or two after global finals I decided I was going to start my own team and we would enter the next MDI.
I found Divine that day in LFG, networked through Wowprog and various Discords and we ended up with the roster we have now.

Congrats on the mythic 15+ world first in the Atal’dazar dungeon! How does it feel to get that achievement less than one month after the launch of Battle for Azeroth (BfA), and one week after mythic+ opened?

Thank you so much! It feels pretty damn good, not gonna lie. We really wanted it done before the mythic version of Uldir came out so we could give that our full attention. This had been a long-time goal for us and it was nice to see the months me and Divine put into beta, getting everything ready really payed off.

“When mythic plus first came out I wasn’t really that fussed. I did my weekly +10, played a bit with guildies but nothing serious. Once the first Mythic Dungeon Invitational came out, I saw the level of skill and thought: ‘I need to play this’.”

How many players in your team are British? Can you share your player roster and current ilvl per player?

So I am the only Brit in the team. I was pretty much the only Brit for most of MDI. Me and Kaelaris (one of the casters who is also British) bonded over this fact.
We have guys from Finland, Denmark and Norway. So our full roster looks a little something like this:

Tell us about signing to exceL Esports. Why did you join them?

We were approached by exceL after the globals win in June and very quickly into talks realised our goals were identical: supporting good players, giving those players a platform to help push forward their community and just in general doing what we can to push forward esports as a whole.


What are your aims for the future?

So our main goal for BFA’s launch was that +15. Looking to the future we will have the MDI All Stars Competition at Blizzcon in November and next year hopefully another full on MDI.
So really now we’re taking what we’ve learned from our +15 progress and just refining those strategies, cutting out what we didn’t really like and starting to think: ‘Okay, this was the “safe” way to get this dungeon done in time, but how do we turn this into the fastest way of getting the dungeon done?’

What are your thoughts on mythic dungeon runs as a competitive element in WoW, compared to traditional raiding/PvP?

Personally I am a HUGE fan of mythic plus. I enjoy repetitive content which can change or throw up surprises or new challenges every time you do a run.
My favourite part is always going to be the prep for MDI. We hop onto the tournament realm where we can use any combination of classes we want with good gear, traits and all the consumables we want and we can just explore and test.
We ask questions like: How does this mob interact with the environment? How do we as players get from point A to point B the quickest? What are the physical limitations of how quickly this dungeon can be done?

“We hop onto the tournament realm and explore. We ask questions like: How does this mob interact with the environment? How do we as players get from point A to point B the quickest? What are the physical limitations of how quickly this dungeon can be done?”

You won MDI earlier this year. What does it take to be a successful mythic dungeon team, what kind of preparation and training do you have to go through?

The one thing I always say you need is good synergy. Any player in a high end mythic+ team will tell you that’s one of, if not the most important, qualities a team should have.
Because me and Divine both started off not really playing mythic+ at all, when we did start we got to learn and develop together over time. We developed our own playstyle around our own strengths and weaknesses as players.
This base, combined with good communication, is unstoppable at times. It still baffles me how we’ve developed the ability to have three conversations at once about CC/interrupts, keeping the tank safe and then still thinking ahead about what we’re going to do for the next pull.

World first +15 Key done in time. It was a long progress full of a lot of worrying due to bugged keystone abuse. But hard work and refusing to bug keystones payed off in the end. Couldn’t be prouder of my boys ??@AshineWoW @DivinefieldWoW @dorullkjell @Herudra @exceL #xLing pic.twitter.com/Ke5lwwiom5

What do you think about BfA compared to other WoW expansions, and what are your thoughts on the current state of the game?

Am I going to pretend BfA is perfect? No. I don’t like the personal loot system at all. A lot of bugs – including ones which could have severely impacted on the +15 race – were let through from beta.
All that aside, visually I love parts of this expansion. The art team has done an incredible job, especially with dungeon looks, and I can’t wait to see what the encounter team have in store for us when they release some more dungeons later this expansion (hint hint, we want more, haha! 😉

“It still baffles me how we’ve developed the ability to have three conversations at once about CC/interrupts, keeping the tank safe and then still thinking ahead about what we’re going to do for the next pull.”

I’d just like to give a massive thank you to Kieran, Ryan, Alex, Leuis and Joel who have helped us make the start of our journey with exceL an incredible one. We’ve got a lot planned for the next few months so keep an eye on our Twitter pages and feel free to come and join us live on Twitch anytime we’re on!
And of course a big thank you to you for letting me do this interview haha.

It was our pleasure Cirra, good luck with Blizzcon and your mythic progression!