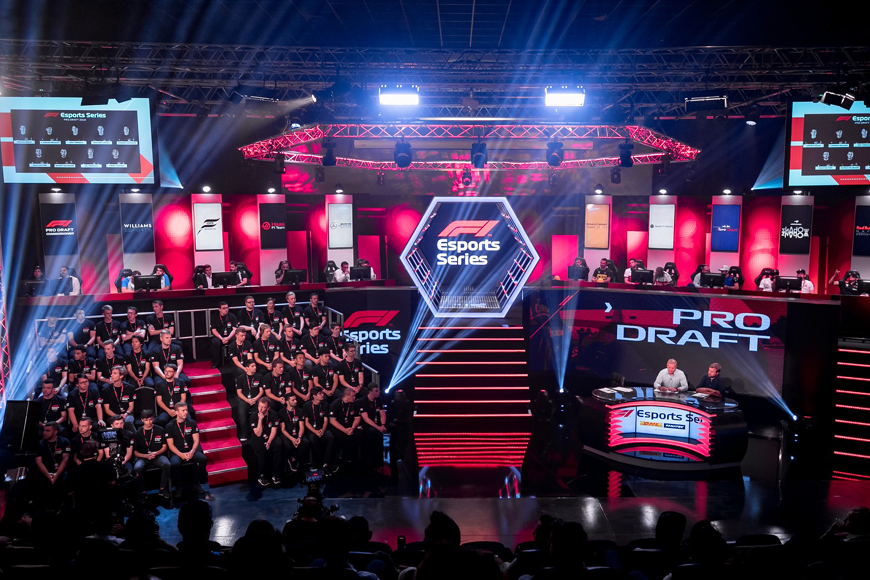 Four sim racers from the UK have been selected by Formula One teams to compete in the second season of the F1 Esports Series.
Over the course of four online qualifying rounds, more than 66,000 players battled it out to secure a place for the Pro Draft, completing 1.1 million laps in a total of 111 represented territories worldwide.
40 of the world’s best sim racers qualified to the next stage and went through a range of tests at Silverstone as part of the build-up to the British Grand Prix. Reaction times, teamwork and racing skill were all put to the test to determine the top prospects ahead of the inaugural Pro Draft.
Amongst the forty drivers, several of Britain’s top sim racers were looking to get the call to join one of the teams: Mercedes AMG Petronas Motorsport, Red Bull Racing, Hype Energy eForce India F1 Esports Team, Williams, Renault Sport Team Vitality, Haas F1 Esports Team, McLaren, Toro Rosso Esports Team and Sauber F1 Team.

“Last year’s series was a great success and based on the level of those who have qualified for this year’s Pro Draft, the 2018 season is shaping up to be even more exciting.”
Julian Tan, Formula 1

British racer Salih Saltunc was first to be chosen and will represent Alfa Romeo Sauber for the upcoming season, as will his brother Sonuc Saltunc.
Team Redline driver Graham Carroll was acquired by the British team of Red Bull Racing.
And longtime competitor James Doherty landed a seat with Renault Sport Team Vitality.
Finally, last year’s F1 Esports winner, British racer Brendon Leigh, has automatically qualified for the semi-final this year.
The F1 Esports Series is set to begin later in the year. Nine teams will compete for the championship and a share of $200,000 in prize money.

Julian Tan, Head of Digital Growth & F1 Esports at Formula 1 said: “Last year’s series was a great success and based on the level of those who have qualified for this year’s Pro Draft, the 2018 season is shaping up to be even more exciting. The drivers will now battle it out for what is a truly incredible opportunity.

“With the F1 teams involved we have been able to combine the power of Esports with the magic of Formula 1, establishing an authentic series that builds on what we have on the grid. We can’t wait to watch the action unfold.”