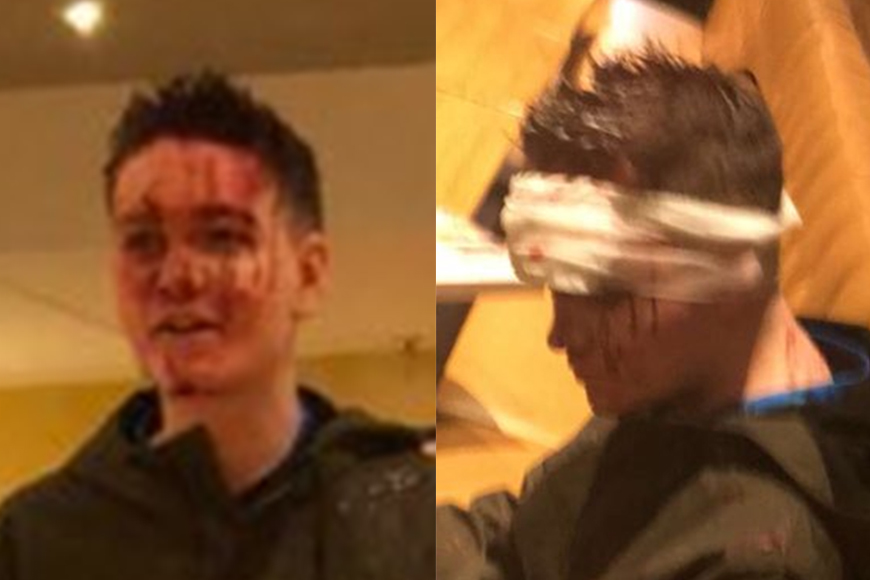 A UK esports organisation owner was jumped and attacked with a hammer outside his hotel after day one of the Insomnia62 gaming festival.
Michael “Afro” Todner, owner of Radix Esports, was left with head injuries and had to have 12 stitches after the incident.
He was parking outside the Solihull Premier Inn with his team at around 11.30pm yesterday evening, when another car came and parked behind his, blocking them in.
“We’d just parked into a space and they parked behind us,” Afro told Esports News UK. “Two men got out of their car, I’ve looked in the rear view mirror and I see a hammer, so I thought they were going to try and take the car.

“I was trying to bide time for the rest of my team to run off. Then they started hitting me with a hammer.”

“So I thought I’ll open the door and just let them have the car, but then they started spraying something in my face. I thought it might have been acid. I covered my face, but I think it might have just been water.
“At that point I was trying to bide time for the rest of us to run off. Then they started hitting me with a hammer. They hit me a couple of times in my face and I tried to shield my face.
“They kept hitting me and went to grab the car keys, I’ve tried to push them away. At that point, whoever the guy was with shouted something. Then they both jumped in their car and drove off. I think they were trying to steal the car but they may have had an ulterior motive, but I don’t know what it was.
“I got out and sorted my hair out, looked down at my hands and saw they were all red with blood. Then when I got into the hotel, staff were already on the phone to the police and they arrived shortly afterwards.”

Mans been hammered but we good

an absolute tank, how can you take 10 hits of a hammer and still not let them take the car pic.twitter.com/4CPCArMdBD

I’m not afraid of any man, but I won’t be talking shit to afro anymore with the rumours he headbutted the hammer out of his own free will to intimidate and scare off the offenders. Luckily ecles was there in case it didn’t work.

Afro gave a statement to the police and went to hospital. He has 12 stitches, some on his eyebrow and three different gashes around his skull.
Ecles, a player who used to play for Radix and is now with Fnatic Academy, accompanied Afro to the hospital, where he stayed from around midnight to 5am. Afro got back to his hotel at around 9am, and then proceeded to attend the Insomnia gaming event with his team as usual.
When asked by Esports News UK why he’s at the show and not in hospital, Afro replied: “Course I’m here, course I’m not in a hospital bed! It’s not going to do any harm. They did say I shouldn’t be driving and not to wash my hair as it can loosen the stitches, but I can put a tiny bit of water on. I’ve still got bits of blood in my hair, it’s a bit annoying.

“Of course I’m back here at i62. We’ve got our Call of Duty team here and it’s our first CoD event, and I can’t see it happening again. It was more about me making sure the players were alright.”

“We’ve only got our Call of Duty team here and it’s our first CoD event, and I can’t see it happening again to be honest. It was more about me making sure the players were alright.”
The attackers were caught on the hotel’s CCTV footage, which has been passed to the police.
Esports News UK understands the police have reported the attack as ‘attempted robbery’, though it’s also clearly GBH/assault.
The following images were posted by designer Josh Kerr on Snapchat: