Ubisoft has unveiled the full information for the much anticipated Operation Chimera update, including new operators and the new Outbreak game mode. 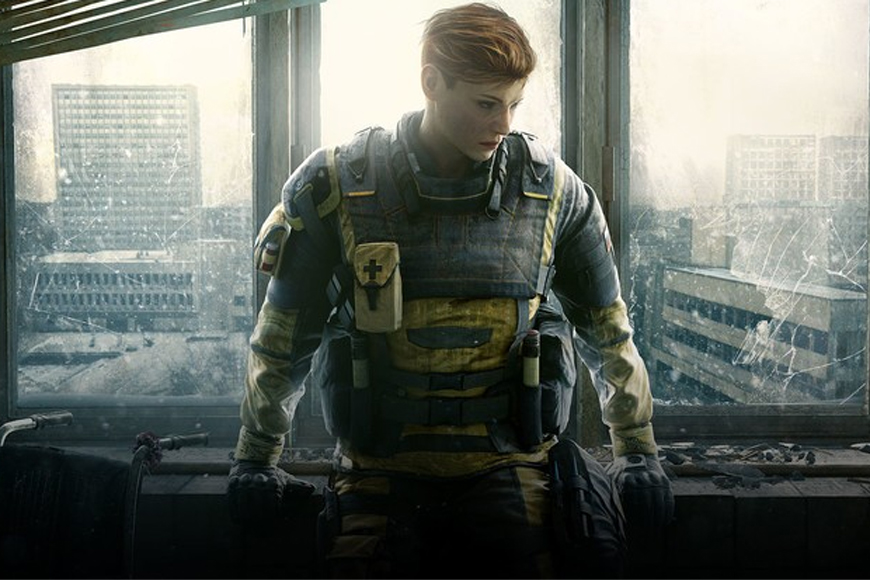 Finka has a mix of capabilities in her arsenal, her primary weapons can either be the 6P41 LMG that Fuze uses, and the SASG automatic shotgun used by the Russian defenders Kapkan and Tachanka.
Ubisoft has released a brand new weapon for Finka, the Spear .308. The Spear .308 is a new assault rifle, that allows her to fulfill the role of rifler, CQB, or an LMG lord of suppression and destruction.
Finka also uses the Russian GSH18 pistol and the high powered PMM as her secondary weapons.
Her equipment options are limited to the stun grenade and breach charge, and she is built as a 2 speed and 2 armor operator.
Her unique ability is what Ubisoft describe has a global ability. Finka is the first operator to bring medical capabilities to the attackers as she uses nanobots to globally buff all of her teammates 20 HP.
The 20 HP buff acts similar to Docs medical darts. The medical buff is only a short duration and lasts for 20 seconds. The buff will then expire regardless if the player is above or below 100 HP. The ability can be used to revive down but not out teammates, which will go back down to 1 hp when the buff ends.
The health buff has three charges and will have a cooldown before it can be used again. Lion is yet another operator to hold three different styles of weapons in his loadout. He utilises a V308 SMG weapon, alongside the 417 Marksman rifle that twitch uses, and the SG-CQB which can be taken by the French defenders. Lion is a versatile character for those close range engagements and long-range firefights.
The secondary weapon options use the generic French pistol choices of the high fire rate P9, or the LFP revolver.
His equipment choices offer a claymore or stun grenades, which bills him as a control operator, with 2 speed 2 armor operator.
Like Finka, Lion also has a global unique ability. He uses a static drone at the start of the round. When the ability is activated, the drone gives a timer to the attackers and defenders and will countdown from 3 seconds. When the countdown is completed, the drown will pulsate the map to spot any moving defenders for several seconds.
The drone has three charges and can be used as long as Lion remains alive.

Outbreak is the much anticipated cooperative game mode featuring mutated beings and alien-like creatures that need to be quarantined by Rainbow and then eliminated.
Infections began when an unknown space capsule landed in New Mexico, and the surrounding areas began to show signs of mutation.
The infections have taken place in a Resort, Hospital, and Junkyard. These areas are the 3 playable maps that you will attempt to secure.
Each map requires different game objectives to be completed, which will explain the story of the outbreak and the tasks that a biohazard unit faces.
Players should expect to encounter numerous types of enemies on the battlefield, ranging from charging mutated humans to big hulking space monstrosities, each with their own set of unique abilities and nuances to deter you from success.
Beating the outbreak scenario on normal will grant you the pandemic difficulty. This enables friendly fire and makes the alien creatures more harmful than the normal mode.

These maps can be played with 3 people in one lobby, and has a limited availability for playable operators. The operators are:

All pictures have been provided by ©Ubisoft  2018
Check ENUK soon for more info including esports interviews with Ubisoft and other Rainbow 6 Siege content. Craig Robinson is reporting live from the Invitational tournament in Montreal right now.