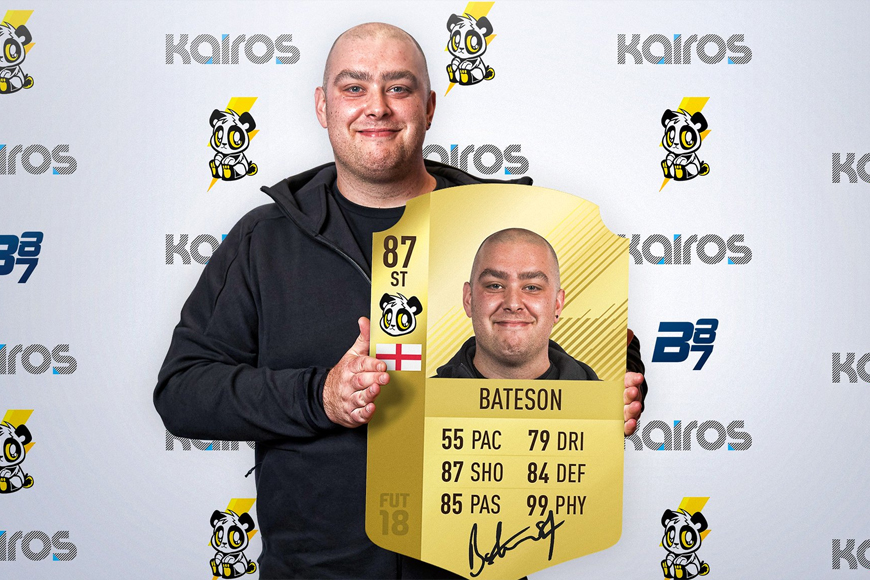 FIFA YouTuber and Twitch streamer Jamie “Bateson87” Bateson has joined the Lightning Pandas as a brand ambassador.
The Kendal native has a following of two million strong across YouTube, Twitter and Instagram and will represent his new team at offline events, while also working with the organisation to create engaging content.
Originally a HGV vehicle mechanic for Stagecoach in Kendal, the Liverpool fan was able to take his hobby of creating FIFA videos for Youtube full time when a company in America expressed interest in investing in his channel.

Bateson87 said:  “I’m really excited to join the Lightning Pandas, as I take my first official step into the esports industry.
“As someone who is extremely passionate about the competitive FIFA community, I can’t wait to get started.”
The news follows Lightning Pandas’ first signing Sean “Dragonn” Allen who announced his signing with the club alongside Kairos Media’s acquisition in September.

“Bateson is one of the most passionate and involved members within the FIFA community and I look forward to working with him.”
Rahul Uppal, Kairos Media

The Lightning Pandas was set up in 2014 by Kairos Media co-founder Michael Craddock and Call of Duty pro player Shane “ShAnE” McKerral before being acquired by social media marketing agency Kairos Media in September.
Rahul Uppal, esports manager at Kairos, said: “As an agency, Kairos and Bateson have a longstanding relationship working together and I’m delighted to expand upon this with the launch of the Lightning Pandas.
“Bateson is one of the most passionate and involved members within the FIFA community and I look forward to working with him.”