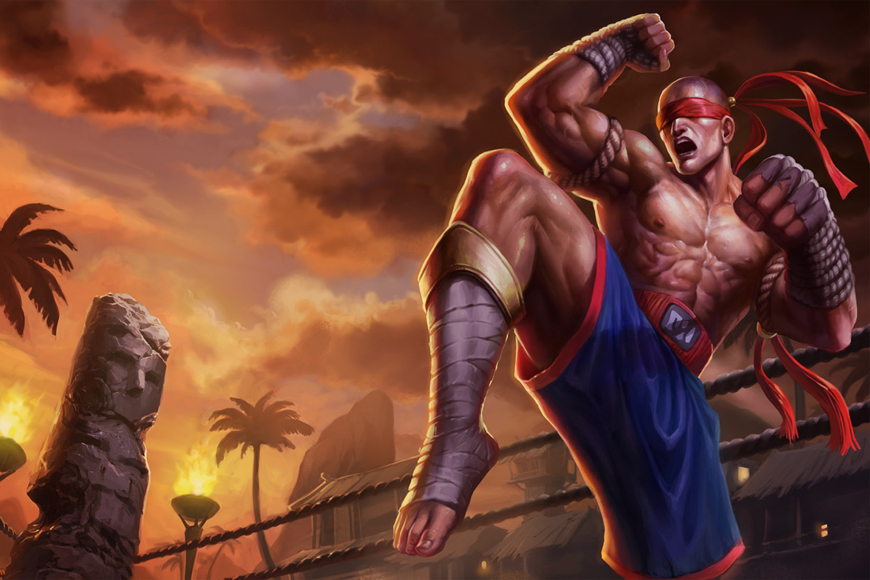 Esports News UK introduces a new type of article where we get to know the players behind the champions in UK LoL/esports.
Irish esports organisation CycloneGG have caught the eyes of the UK League of Legends scene, with some impressive performances during their debut split.
This week, one of their stand-out players was 17-year-old English jungler Liam “Demo” Milburn, hailing from Miltonwho went 6/0/6 and 9/0/7 as Lee Sin in the two games against GLB, helping his team secure a 2-0 victory.
Casters Ceirnan “Excoundrel” Lowe and Joe “Munchables” Fenny were singing his praises during the Twitch stream, and rightly so.
But who is this newcomer to the Premiership? And what is his background in League of Legends? Esports News UK chats to the promising jungler in a new type of player profile interview article.

Please tell us about your background. What are you like and where did you grow up?

I had pretty much the standard upbringing, I went to school did some sports, spent some time with friends – literally nothing out of the ordinary I wouldn’t think.
I would like to say I’m rather pleasant in person though am extremely competitive and strive to be the best at what I do, in this case it’s now League of Legends.

“I know I have the ability to outplay anyone. I’m more of a conservative player, I’m not risky – although when there is an opening I’m going to take it.”

How did you get into League of Legends and which teams have you played with?

League of Legends for me came from a YouTube video. I used to play Runescape a lot and probably saw an interesting recommended video back in the day.
I’ve played in a few teams, ones maybe worth noting would be with Myrtia Wolves and Dream Factory – both Spanish based teams. We hit rank 3 on the challenger ladder as Dream Factory.


Cyclone vs GLB in the ESL Premiership – game 1

How long have you been with Cyclone and why did you decide to join them?

I’ve been with Cyclone for a good two weeks now roughly, [top lane teammate] kerber0s actually just dm’d me on Twitter asking if I was looking for a team and it went from there.
I decided to join and leave behind the Spanish scene to have an influence in my own country to start off with.

wonder what the UK scene would be like with a half decent jungler ?

You come across as confident player on Twitter. How do you rate yourself in comparison to other players in general in the UK scene?

I would rate myself pretty highly; my Twitter isn’t something to be taken seriously, I love being cheeky or whatever and having a little fun with people.
I know I have the ability to outplay anyone, yet this is teams. So you are likely to see the better team do well and eventually win, rather than individual players.

You had an impressive performance this week, going a combined 15/0/13 as Lee Sin across the two games against GLB. The casters were impressed with your versatility and overall play style. Talk us through those games, maybe some of the key decisions you made and tell us what kind of a LoL player you are.

The games weren’t really me playing anything spectacular, we made good rotations and mainly called by our support, so I give him virtually all credit.
I managed to get a lead by avoiding the enemy jungler and taking advantage of their poor pathing and our strong lanes. I say I’m more of a conservative player, I’m not risky – although when there is an opening I’m going to take it.

“Sancus or Candyfloss will be interesting to play against as they capitalise on your miss position harder than anyone else.”

Please name drop the other players on your roster and tell us about your team dynamic/how Cyclone has been performing well so far.

Our team has improved hugely since the first week, we actually had no coach for the first week and only played possibly three times together. I can tell [support player] kamilius is a beautiful asset to our team, but everyone has their role to fill.
Coming from soloQ and then being in a team environment is strange for most players, it’s so much more passive and you could say possibly boring to some players – and we actually transitioned very well.
Learning step by step and gradually coming together as a team is wonderful. Expect much more progress, we all get along very well!


Cyclone vs GLB in the ESL Premiership – game 2

What are your initial thoughts on the competition in the ESL Premiership this split?

If I was to be quite honest, the level isn’t as high as I want it to be. At least so far, I want to be challenged individually.
So far people don’t punish hard enough so you can get away with things you shouldn’t. Sancus or Candyfloss will be interesting to play against as they capitalise on your miss position harder than anyone else. So there’s less room for mistakes.

Who are your favourite pro players in League? Have any other junglers or players inspired you in particular, and why?

It has to be Svenskeren or Peanut, both magically manage to get kills from nothing and keep their advantage which is the main thing.

What are your long-term aims and ambitions in League of Legends/esports?

I think I’d love to play in the highest level of League of Legends. In fact, that’s probably the only thing I really want.
All it comes down to is how I progress as a player and keep putting effort in. I’m prepared to do that for a few more years to see where it gets me.

You say you were top 50 challenger jungle before decay. What is your current elo and do you think you can make it back to that position – or higher – in the future?

The account I was Challenger on is actually Masters right now, though sadly it’s actually banned – I am Diamond 1 on my new account. I can easily get back there, I just have to put in the games and control tilt and focus more than anything. In the future, expect me to reach top 10.

“I think I’d love to play in the highest level of League of Legends. In fact, that’s probably the only thing I really want.”

What are your thoughts on the state of League of Legends right now and the current meta?

League right now is in a funny state, I would personally complain about mid-laners having too much consistent damage, like Ryze or Cassiopeia. Yet what’s the point in having a carry that doesn’t do damage?
Top lane is awkward too, their base damages are high, virtually making it impossible for a carry to kill a tank until later stages of the game. Yet again, what’s the point of a tank that can’t take damage? Generally there is just too much damage coming from every area.

I’d like to end saying a huge thanks the few supporters we have, hopefully the number will grow with our performances over the next few weeks!