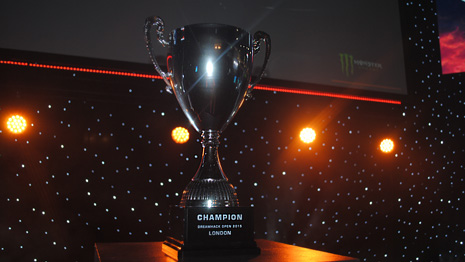 Here’s all the winning teams and final results from the 2015 Dreamhack London eSports tournament, which took place on the weekend from September 19th to 20th.
Check this article for all the winners and top four teams for each of the games – Ultra Street Fighter IV, CSGO, Call of Duty Advanced Warfare and Smash Bros Melee.

Ultra Street Fighter IV
ProblemX took the top spot during this tournament, winning six straight games in the final to pick up $2,500 in winnings.
He beat Afii in the all-Brit final, who left with $1,250 in second place. Who says UK eSports is dead?

Team EnVyUs (pictured) beat TSM 2-0 in the grand final to take home $20,000 in winnings, with TSM receiving $6,000 in second place.
In Group A, French team EnVyUs started their path to success by blowing UK hopefuls EZskins out of the water with a 16-2 win, before going on to beat Team Dignitas’ Danish squad 16-6.
EZskins managed to beat Australian team Renegades 16-11, however Dignitas later picked up an easy 16-2 win over EZskins to get themselves into the semi-finals.
In Group B, TSM beat Copenhagen Wolves 16-5 and G2 Kinguin 16-8, while the Wolves knocked G2 out with a 16-11 victory. SK Gaming were also sent home after the Wolves beat them 16-13.
TSM went on to knock out Dignitas in one semi-final (2-0 overall). EnVyUs beat Copenhagen Wolves in the other, and it was the French boys EnVy who went on to lift the trophy.
Team Dignitas and Copenhagen Wolves took home $3,000 each in prize money. Team Vitality picked up the top prize in the COD championship, winning $10,000 after beating Millenium 3-1 in the grand final.
Millenium beat Team Infused 3-2 in the winners bracket final, before Vitality beat Infused 3-0 in the losers bracket final.
The UK’s very own Team Infused (aka Red Army) did get off to a fantastic start, beating Nexium by 3-0 and also Millenium by 3-0. They even beat the overall winners Vitality early on in the winners bracket semi-final 3-1. However, it wasn’t meant to be for those guys on their home soil.
Infused finished third, with VwS in fourth place and Nexium and Reward in joint sixth.

Interview with UK CoD player Zer0 on rejoining the London Royal Ravens: 'This team has some of the b...
Caedrel named Esports Analyst of the Year at 2021 Esports Awards, other finalists included UK talent...
Guild FIFA 22 Cup presented by Subway features a £1,800 prize pool, Golden Sub trophy and a final at...
Dom Sacco