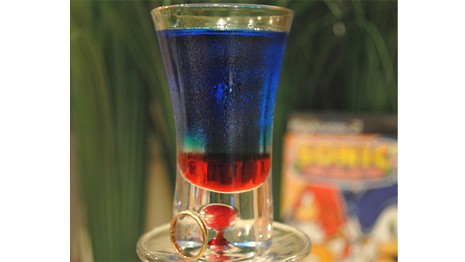 Like a decent gaming session, there’s also nothing quite like a good drink with friends. Combine the two however and you get some rather interesting results.
We show you how to make ten of the best video game-related alcoholic drinks and shots.

Thanks to the help of gaming drinks blog The Drunken Moogle and gaming cafes Loading and The Mana Bar, we’ve picked ten of our favourite gaming drinks. Do try these at home kids (as long as you’re over 18) and remember to drink responsibly and all that jazz.
1. Sonic the Hedgehog shot (pictured above)

Pour in the grenadine first, then layer the Mentholmint Schnapps and Blue Curacao on top, in that order.
2. Zelda: Ocarina of Lime drink 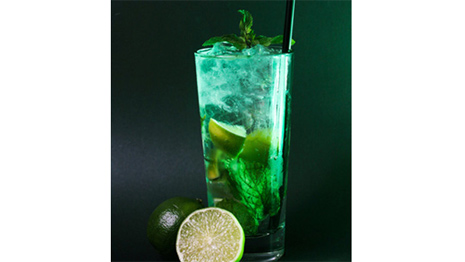 More than just your average Mojito – one drink and this can make you feel like the Hero of Time himself.
3. Final Fantasy: Golden Chocobo drink 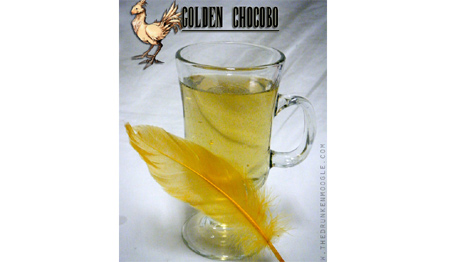 Shake the American Honey and Goldschlager and pour this into a glass. Add the ginger ale then stir.
4. Portal gun shots 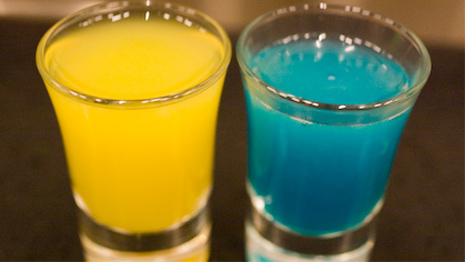 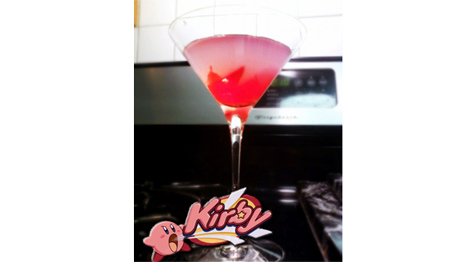 A sweet and colourful cocktail. Definitely one for the ladies. Place the jello shot in the glass first, then pour in the pink lemonade, rum and brandy.
6. Mario: 1up shot 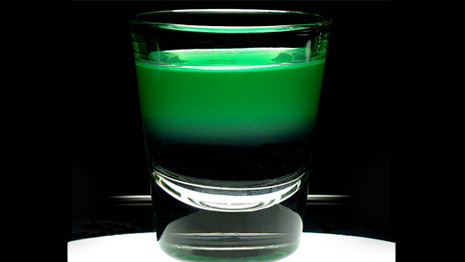 For when you need an ‘extra life’.
7. The Mana Potion 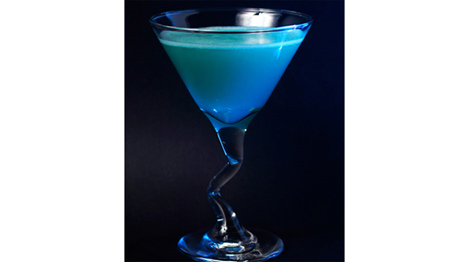 A perfect complement to the 1up. After all, for every life you’ll need some magic power.
8. The Halo: Red and Blue shot 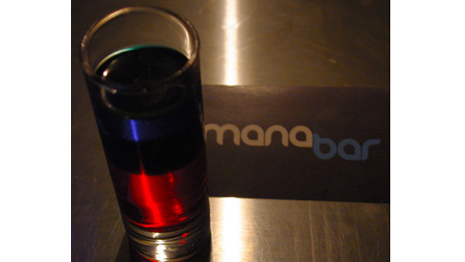 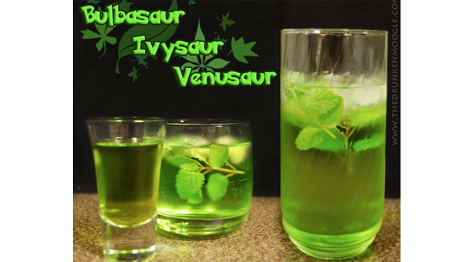 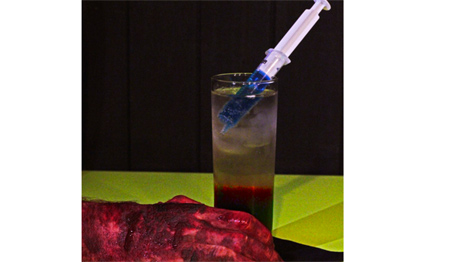 Now get mixing and get drinking!
What do you think of the above? Do you know any other games-related drinks? Let us know by leaving a comment below.