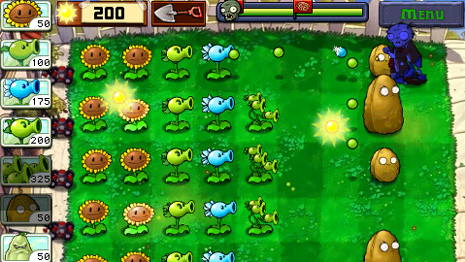 How to tackle digger zombies

Do you have any tips and hints for Plants vs Zombies? Feel free to share them below.

I’ve been slightly addicted to Vase Breaker lately, learned a couple tips. Plant a “Squash” to the very left of a row of vases. Then release zombies from the right, they will work their way left. A Squash will take out as many zombies as are underneath it (except for Football and Gargantuan, they take two hits each). As a zombie approaches the Squash will grunt and look right before jumping. When he does that break the vase that the zombie is walking in front of. Odds are you will release another zombie and he will take both of them… Read more »