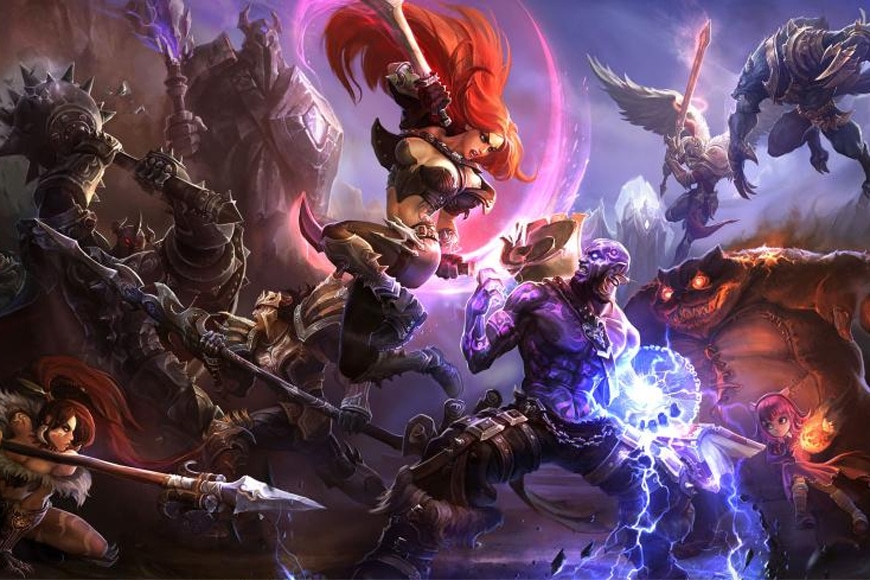 Speaking on a call with a select few influencers on October 12th, including UK streamer HuzzyGames, they answered one of his questions. He asked them: Is there too much damage in League?

HuzzyGames explained Riot’s answer in this video on his YouTube channel (around the 30-minute mark), saying that the influencers weren’t allowed to record the call, but were able to take notes.

He said: “I’ve been very frustrated with League in season 11 because I do believe the damage is way too high and it has taken away from skill.

“Here is Riot’s answer: They talk about it a lot internally within Riot, they know the damage is high, but in essence, ‘regional preferences vary a lot’, and they specifically said China loves high aggression and high damage.

“So in essence, that is why we have a crazy amount of damage in League, and that’s why it’s not going to go away.”

Huzzy also explained that the meeting was designed to get the perspective of Riot, not to have debates with them, and that not many content creators were invited.

The comments were highlighted in this Reddit post, which quickly made it to the front page of the League of Legends subreddit. In it, the community debated Riot’s comments and the current state of the game.

On the influencer call, Riot also covered topics like objective bounties and whether the game is too complex for beginners – with Riot keen to strike the balance between keeping both new players and existing players happy.

Huzzy also asked Riot whether the new drake buffs being introduced to League – like camo zones are ‘too Champion-like’.

“Riot said the new dragons are more complex than the first ones, they said the goal with the new dragons is to make a more exciting, interesting gamestate and to push the boundaries of what a dragon is – [so it’s] not just a stat thing,” Huzzy said. “They want to create more from dragons.

“One keyword [from the call] was ‘excite’, Riot want to create these crazy, exciting moments that people will talk about for days after they happen.

“What I got from the call was, Riot is looking to make the game more exciting, by their definition, and that definition seems to be more crazy moments, high damage, a lot of gold income and fast games. I think they like that 25-minute average game time nowadays [which is a lot less than the old 45 minute games from years ago].”

Esports News UK watched HuzzyGames’ entire video and he goes into some good detail around the 2022 pre-season changes to League of Legends, which include new drakes, items, runes and more.

You can watch the full video here: