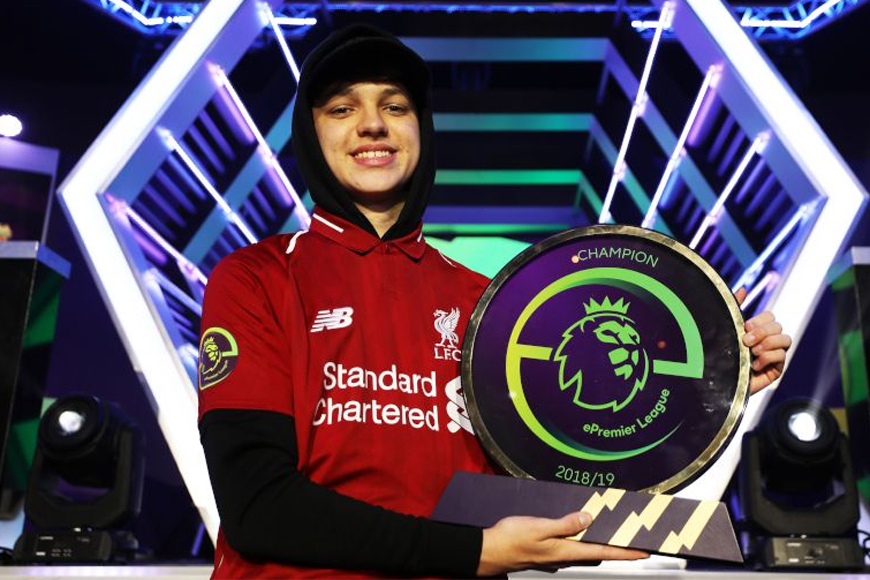 Original article: The Premier League and EA have announced that the ePremier League FIFA esports tournament is returning for a second season.

It will once again offer UK-based players the opportunity to represent their favourite Premier League clubs in an online FIFA 20 tournament organised by Gfinity.

Like last time, it seems there is no cash prize pool, though performing well in the ePremier League will earn players the bonus of season-long Global Series Points used to qualify for the FIFA 20 Global Series Playoffs.

Competitors intending to participate in ePL who want to also be eligible for these points will need to register on FUTChampions.com by October 31st or between January 16th and 31st and be FUT Champions Verified.

Esports News UK has reached out to a tournament representative to clarify if there is a cash prize pool or not, and it seems there isn’t right now, but we’ll bring you any announcements or changes should they come.

He said: “We competitors perform, put out our best efforts, bring viewers to EA’s social channels and end up going home empty-handed regardless. It’s not just this one event, the whole year FUT Champions Cups have offered absolutely awful prize money. In the previous two Champs Cups you could have twice finished top 8 in the world and gone home with a maximum of $750. Sorry but this ain’t acceptable.”

Registration for the upcoming ePremier League tournament opens on November 4th at e.premierleague.com. From December 2nd, competitors for all 20 Premier League clubs will battle it out over four months through online qualification and club playoffs to reach the ePL Finals on March 27th and 28th 2020.

The first ePremier League in 2018/19 was won by British player Donovan ‘Tekkz’ Hunt (pictured), who was playing for Liverpool and says he is now aiming for back-to-back titles.

“Our inaugural ePremier League season had a great response from fans and clubs,” said Richard Masters, Premier League Interim Chief Executive. “The tournament brought together experienced FIFA pros and first-time competitors and gave them the unique opportunity to compete and win for their favourite clubs.

“We are very pleased to be working with our clubs again to build on the momentum from our first ePL season and look forward to welcoming even more fans and FIFA players to the tournament.”

Brent Koning, FIFA Competitive Gaming Commissioner, added: “The Premier League’s global reach combined with the worldwide player base of FIFA sets the ePremier League up to be one of the most popular esports tournaments across the industry.

“Esports drives increased engagement with traditional sport and this ePremier League partnership now gives fans an opportunity to represent or cheer for their favourite club on both the traditional and virtual pitch.”

Ray Walsh, Digital Privacy Expert at ProPrivacy.com, said: “Reports are surfacing of a massive data breach on the EA Sports website, with gamers reporting that the US games company may have accidentally leaked players’ personal data to fellow gamers.

“If the allegations are true, this could mean that players have been leaked the sensitive details necessary to login to other people’s accounts. At the moment the scale of the data breach is unknown. However, it’s like there is the potential for the exposed data to be used for targeted phishing attempts on those affected.”

EA responded to the leak here: