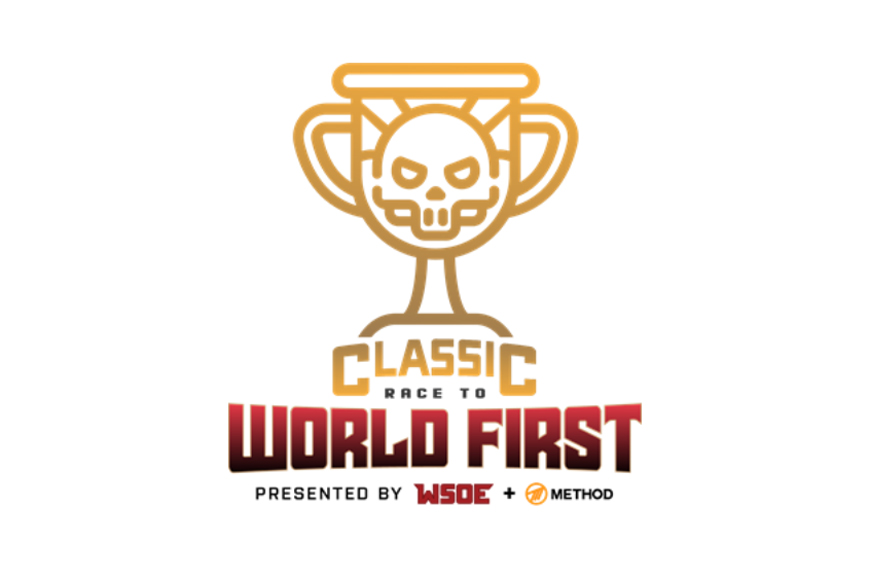 UK-based esports organisation Method have teamed up with tournament series World Showdown of Esports (WSOE) and Estars Studios on the Classic Race to World First (RWF) venture.
Yep that’s right, World of Warcraft Classic is getting its own race to world first challenge, much like the raid races in the current/retail version of Warcraft.
Method will be streaming 24 hours a day live from August 26th (just before WoW Classic launches on August 27th in Europe) to September 2nd from the PokerGO Studio (ARIA Resort and Casino) in Las Vegas.
Viewers will be able to tune in to twitch.tv/method and twitch.tv/WSOE to see a mix of world-class speed levelers and content experts from the Classic WoW community, as well as some of the top WoW streamers on Twitch.
They will be racing to achieve notable firsts in WoW Classic, such as reaching level 60, downing Ragnaros in Molten Core, Onyxia (without getting a 50 DKP minus!) and more.

“Bringing the Classic Race to World First to the WSOE calendar of events in Las Vegas is incredibly exciting for all of us at Method.”
Shanna “Darrie” Roberts, Method

“We look forward to bringing WSOE’s signature high-quality production value to yet another gaming genre.”

Shanna “Darrie” Roberts, General Manager of Method, added: “Bringing the Classic Race to World First to the WSOE calendar of events in Las Vegas is incredibly exciting for all of us at Method. After two Race to World First events in Europe, it feels fantastic to bring an event to US soil.

“The passion of the WoW fanbase is unparalleled and we are confident that Estars Studios is going to help us not only live up to the expectations of the fans, but exceed them.”

Method have achieved 12 world-first end boss kills since 2005, including the most recent Eternal Palace, where they were the first raid guild in the world to kill Queen Azshara on Mythic difficulty.