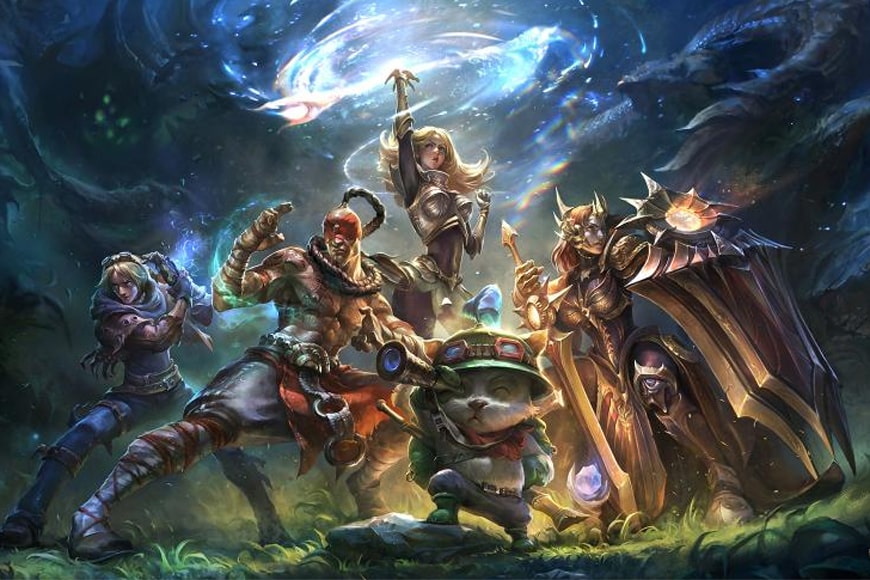 Asia’s largest gaming café chain Wanyoo – which opened its first London outlet on January 29th – is hosting a UK League of Legends Championship.
The Wanyoo League of Legends Championship Cup 2019 will begin on March 9th, with two rounds of competition: an online qualifying stage and offline semi-final and final. The latter will take place live on April 6th and 7th at Wanyoo UK’s studio, which is billed as the UK’s largest esports studio in London.
The competition will have a prize pool ‘from £3,000 upwards’, though a team entry fee will apply. The winning team will take home 50% of the pot, while second and third place will receive 33.3% and 16.7% respectively.
Players will be able team up with friends to participate in the competition. The minimum size of a team roster is five players while the maximum is seven (with two being substitutes).
Online qualifying matches start on March 9th, comprising both a group stage using a single cycle and BO1 competition system, and a knockout round using the B03 system.
Four teams will compete in the semi-final and final using the BO5 system. The competition will follow League of Legends world championship rules.
The finals will be held in the 12-station esports battle area in Wanyoo UK’s
studio, with live streaming on Twitch and Panda TV.

“In keeping with our goals, the Wanyoo Championship Cup will be accessible to all and we hope it can be a starting point for us to operate as a community hub for all gamers.”
Zhaorong Chen, Wanyoo UK

In China, Wanyoo says it’s been running its League of Legends Championship Cups for eight years, attracting more than half a million participants and an audience of 2m people.
Inspired by its growing success and influence in Asia, Wanyoo is now holding its very first League of Legends Championship in the UK. The aim is ‘to provide a social platform and outstanding gaming experience for all gamers who love esports and League of Legends’.
Zhaorong Chen, director at Wanyoo UK, commented: “We are thrilled to announce the first Wanyoo Championship Cup in the UK and we will be using our excellent esports facilities and resources to support it.
“Wanyoo UK hopes to establish itself as a leading gaming destination, with the objective of bringing all gamers together to connect in more meaningful ways, and to support the teams with the best practice guides to help them thrive in the future.
“In keeping with our goals, the Wanyoo Championship Cup will be accessible to all and we hope it can be a starting point for us to operate as a community hub for all gamers.”
In the future, Wanyoo UK is planning to organise university tournaments, global competitions and other community tournaments with different games.
“The overall ambition is to connect all gaming communities and organisations, ultimately expanding the UK esports scene,” Wanyoo added in a statement.
Esports News UK first broke the news last November that Wanyoo would be opening a string of internet and esports cafes in the UK.
Registration for the tournament closes on March 1st. To register, email [email protected] for an application form or see https://www.wanyoo.co.uk/ for more info.