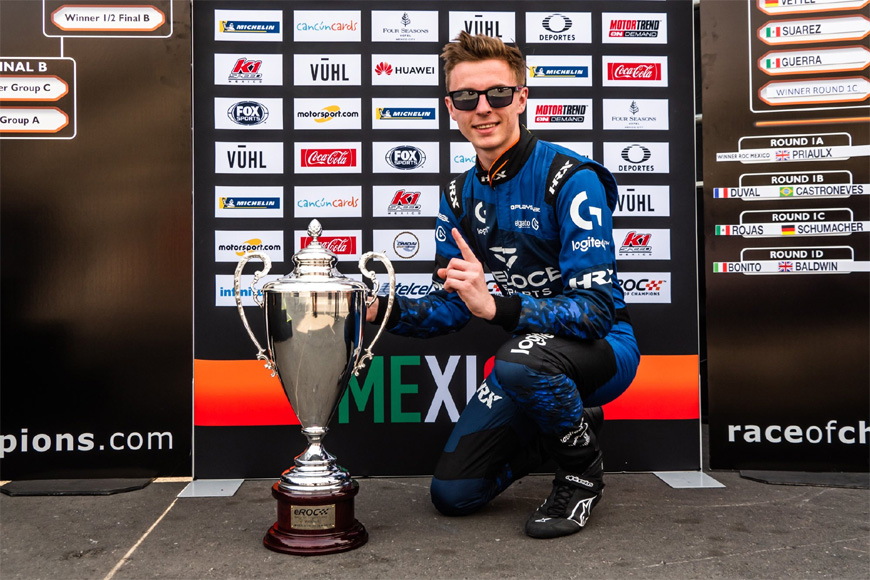 “All four of us sim racers have shown what we can do. eROC is not just about the drivers, but it shows just how good sim racers can be.”
James Baldwin

While the sim drivers didn’t make it through to the semi-finals, they showed they can compete against some of the other top race drivers out there. This was echoed in a quote from the British winner.
James Baldwin said: “I think the main purpose of eROC is not just about the drivers, but to show just how good sim racers can be.
“I think Enzo [Bonito] has also shown what we really can do, he beat [2016/17 Formula E champion and former F1 driver] Lucas di Grassi by eight tenths, which is ridiculous.
“All four of us have shown what we can do. We’ve gone through the ranks differently, we all come from different backgrounds, we’ve ended up so close and I’m the winner, but they’re all really good drivers. It’s very easy to settle on what we’ve done, but I don’t want to settle on it.”
You can check out video highlights of the event here: