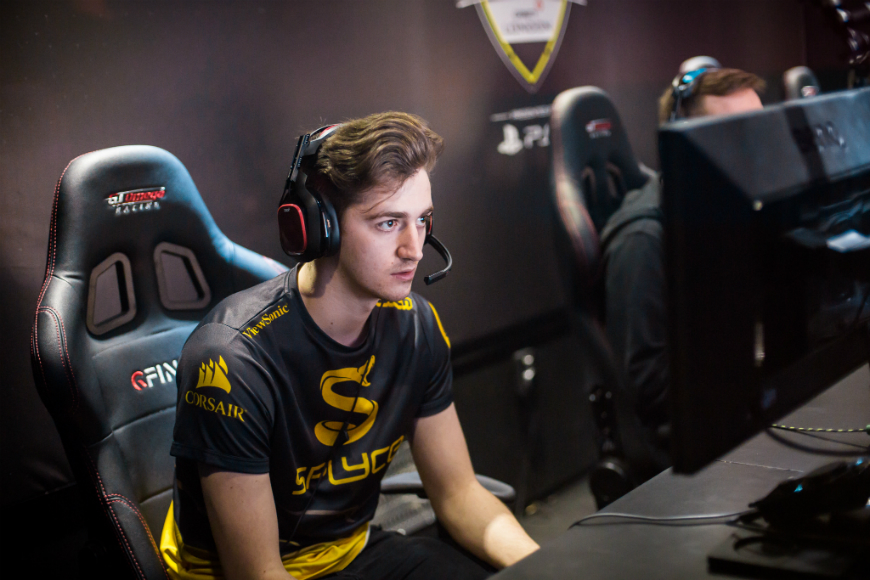 Hot off a successful World War 2 season, UK team Red Reserve have revealed a new addition to their roster.
With the announcement of Call of Duty switching from a 4v4 format to 5v5 for the Black Ops 4 season, Red Reserve have become one of the first teams in the world to confirm their roster for the upcoming season.
Joining the team will be former Splyce player, Ben “Bance” Bance, after a difficult 2018 season. After making a name for himself on Black Ops 3, Bance will be looking to find success in the forthcoming season.
The announcement of Call of Duty switching to a 5v5 format is no real surprise. It has been speculated for months whether the console FPS will make change to a 5v5 format and now Activision and the CWL have confirmed what has been the biggest change to the competitive format.
Along with the additional man added to rosters, the prize pool has been increased from $4.2 to $6 million, meaning that the 2019 season will have the largest prize pool in Call of Duty history.
“With Call of Duty: Black Ops 4, the Call of Duty World League is poised to have its most exciting and biggest season yet,”  said executive VP and GM of Call of Duty, Rob Kostich.
“Beginning in Las Vegas and continuing throughout 2019, CWL fans can expect the best players from around the world to battle even harder to be crowned Call of Duty World League Champion.
“This season brings a ton of new storylines, including the move to five vs five in CWL. We’re excited for this opportunity and we’re supporting it with the largest prizing in our history of $6 million.  C
“all of Duty: Black Ops 4 is tailor-made for intense competition at all levels – pro and amateur – and with this move we’re ensuring that the game you play, is the game you see this season with the CWL.”
The 2019 CWL season will begin in December with CWL Las Vegas taking place from December 7th to December 9th.
The event will mark the start of an all-new season that is projected to be the most successful Call of Duty season to date.