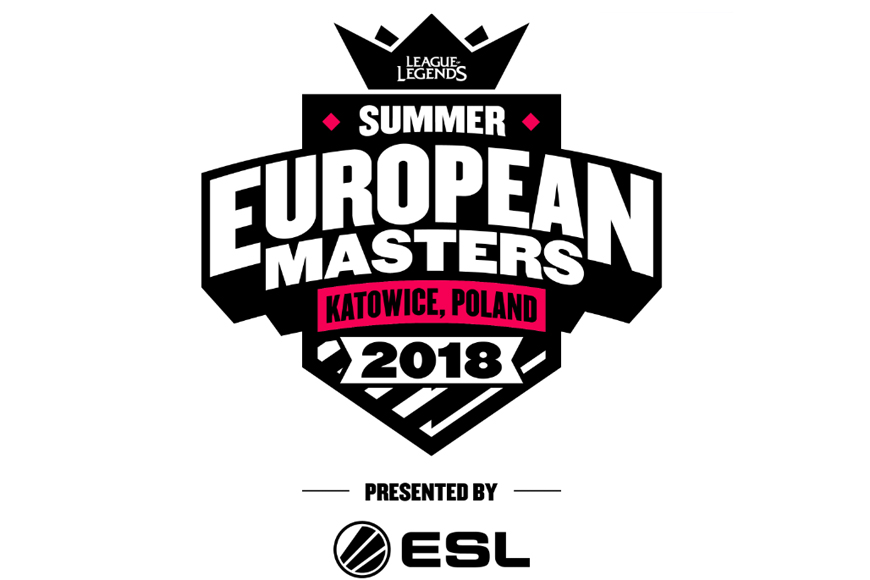 The EU Masters European League of Legends tournament is returning for a Summer Season.
The prize pool again stands at €150,000, and ESL will again be presenting the show, but this time the finals will take place at ESL Arena in Katowice.
The first EU Masters took place at Leicester’s Haymarket Theatre in April and was won by Origen.

20 teams will take part in the second season of the EU Masters series, which begins on September 10th. The series brings together the best of the European Regional Leagues to find Europe’s best semi-professional League of Legends team.

The winner of the UK’s Forge of Champions tournament will qualify for EU Masters, and the runner-up will enter the play-ins for a chance to make it to the group stages.

The draw, in a format reminiscent of the recent football World Cup, allows fans to support teams from their home regions in the highest level of League of Legends competition outside of the LCS.

The 20 teams that will enter the EU Masters will be qualified from a diverse group of competitions and countries.

13 teams will join the EU Masters season as top seeds from the European Regional Leagues in their respective countries – including those from France’s Open Tour, Germany’s Premier Tour, Italy’s PG Nationals Predator series and the Nordic Championship. Top teams will also qualify from the nearly-created Baltic, Greek and Benelux Regional Leagues.

“The EU Masters series will become the place where Europe’s best League of Legends teams battle for victory – and we can’t wait!”
Aleksander Szlachetko, ESL Poland

More teams from across ESL’s European Regional Leagues will also take part in a round-robin tournament to try and qualify for the final three spots on the EU Masters roster. These seven teams will be the second seeds from a variety of different leagues, including Spain’s Superliga Orange, the UK’s aforementioned Forge of Champions and Germany’s Premier Tour.

Once the 16 teams are decided, they’ll be divided into groups of four, with round-robin matches to determine which eight teams will qualify for the knockout stage. These eight squads will battle in a single elimination bracket – and the top four teams will travel to Katowice, Poland, for the live finals on September 29th-30th.

The first EU masters season saw nearly six million unique viewers tune in for the play-in broadcast, the group stage, the knockouts and the live final, with more than three million hours of competition viewed across the event.

“We are pleased that the EU Masters’ second season will be held in Katowice,” said Aleksander Szlachetko, the managing director of ESL Poland.

“The EU Masters series will become the place where Europe’s best League of Legends teams battle for victory – and we can’t wait! We’ll be inviting fans to follow the matches online – and we’d love them to join us at the ESL Arena in Katowice at the end of September.”

Ticketing info will be released soon.