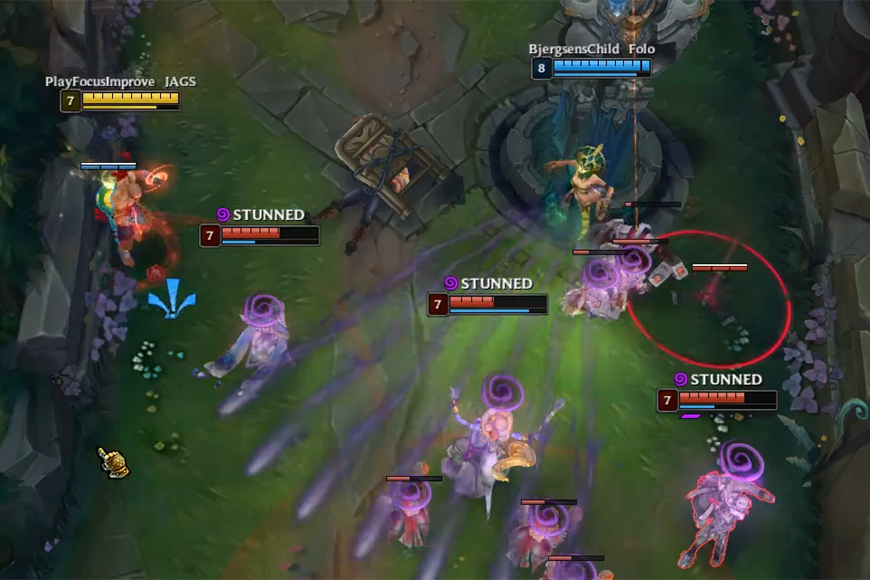 While we wait to see which teams are confirmed for the League of Legends European Masters playoffs, UK players from ESL Prem division 2 are making a name for themselves.
Corey “Beeley” Beeley, mid-laner for exceL Esports academy team, and Raphael “PlayFocusImprove” Freitas, jungler for the Newcastle Jaguars, pulled off a lovely play as Cassiopeia and Lee Sin respectively.
The Plays.tv ‘Cassio and Lee tag team’ clip (below) was shared on the League of Legends subreddit and is currently on the front page with more than 700 upvotes. The clip was slapped with an NSFW tag it was so dirty.
Beeley was playing as Cassiopeia on an alt account, and the match was in mid-to-low Diamond elo. You can see the full match stats here.
PFI makes a ward hop and kick, as Beeley stuns three enemy players, making it look easy.
The pair put in a good performance and carried their team to victory.
Beeley told Esports News UK: “We knew we wanted to hold the tower, and that we could 2v3, but it was a bit lucky how cleanly it happened!”
Check out the play here: