Hearthstone is a very popular online collectable card game. Blizzard, the company that created and developed the game, essentially allowed a team of game designers to recreate the physical collectable card games that they had enjoyed as children and teenagers.
The formula worked; the game was completely accessible as a free-to-play title. Spending money to buy expansion packs and gain advantage has always been a feature of the game, but in the past it was possible to earn enough in-game currency by grinding (playing every day) to create decent decks to play with.
In fact, in a 2014 interview just after Hearthstone had been released to the public, professional player Audrey “Reynad” Yanyuk said in an interview that “if a bad player spends a lot of cash and buys every card in the game and builds what he wants, he’s still going to lose to good players with cheap cards in an efficient deck”.
Nowadays, that situation seems to be changing, as many players and industry insiders have commented.

The concern that free-to-play games are becoming far too expensive is seen in many areas of the online gaming world at the moment. In some titles, purchases of downloadable content or loot boxes filled with random game enhancements have become linked with winning – or at least excelling in-game. Gameplay is deliberately kept slow without them, and earning them by grinding is not always possible.
In-game purchases are known as microtransactions because the outlay at any given point is less than what would be spent on a fully-fledged video game title. Over time, however, the amount that is being spent can easily become so substantial that it vastly outweighs what is spent on a buying a full-price title.
Many players are, understandably, concerned that the arena is becoming very uneven. In a nutshell, if players have enough money at their disposal, it seems that they can pay to virtually ensure a win – or at least better compete with players around their skill level. 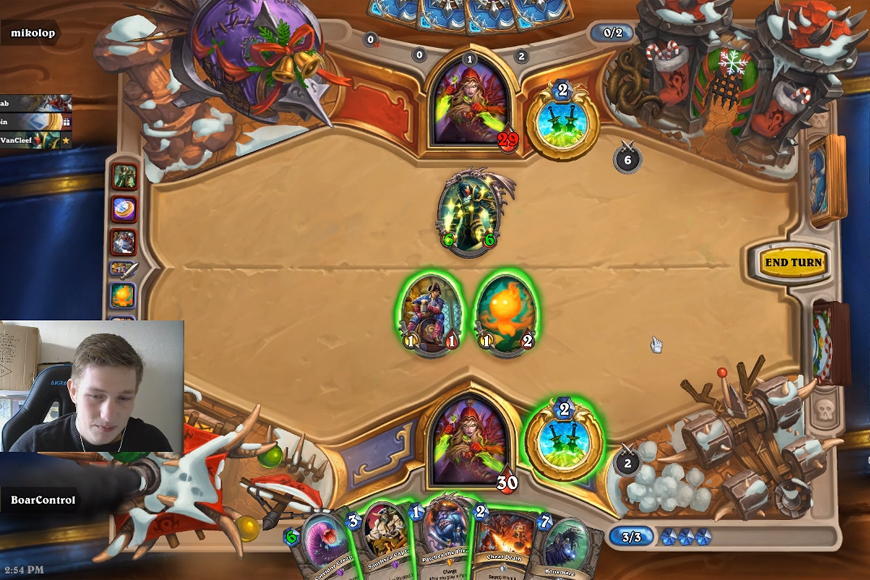 The changes seen in Hearthstone

While the original objective of Hearthstone was to recreate the magic of physical collectible card games so that everyone could enjoy them online, there were specific structures and rules that the game followed. Blizzard has always needed to make a profit, like any business, and with Hearthstone it always has. The way that this was done changed recently, however, and became a lot tougher for many players.
Until very recently, every Hearthstone release came in the form of an Adventure. Adventures can be defined as series of single-player PvE, or Player versus Environment, challenges. The PvE battles would be available to buy over the course of a month, and by the end players would get a guaranteed suit of cards. Adventures were done away with earlier this year, in favour of larger expansion packs, and the way in which players gain cards has changed.
Packs that can be bought with money or in-game gold are made up of randomly determined cards from the expansion pack, meaning that the progression is no longer linear and is based far more on luck than on a growing set of skills than it was before. These larger packs are also being released at a far greater pace than in the past; Kobolds and Catacombs has just been released and is the third such expansion pack of 2017.
Costs are running into the thousands, and keeping up with other players is double what it was last year. For anyone who is serious about playing, choosing not to acquire the expansion packs is impossible; players that hold the new cards will obviously have an advantage over players that do not.

Can a happy medium be struck?

While it does seem that players who don’t buy expansion packs may be unable to truly compete, looking at comments within the Hearthstone community suggests casual players are more upset by this than professional eports players. Those at the top of the game appear to feel that, while the expansion packs are important, it is still the case that nothing can replace skill.
Individuals playing at this level can, of course, also afford to buy expansion packs with real money or spend much of their time playing in order to acquire in-game gold.
The most pertinent question might be whether or not a balance can be struck. Blizzard understands what its players want – the extensive backstory and attention to detail in Kobolds and Catacombs is enough to prove that. Their generosity is now extending to giveaways and boosters that can help players do better, even without extra cash.
In the end, as always, success will cost an investment of time or money. The hope is that with Blizzard’s largesse, it will be possible for players to decide which one to spend.