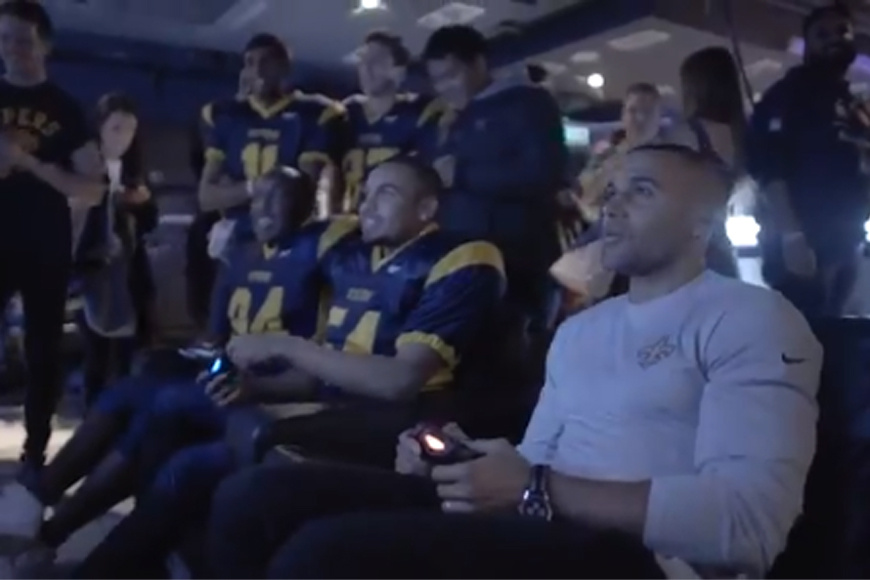 ENUK editor Dom Sacco offers his opinion on GAME’s recent swathe of activity at its Belong arena stores.
When GAME first announced its Belong arenas, I was a little sceptical – especially when it said it was inspired by its Multiplay Insomnia LAN.
But over the past year it has hosted a range of grassroots tournaments, revealed some interesting regional teams/brands and left me impressed when I visited the Wardour Street store in London.
It’s even experimented with games outside of the usual esports sphere, such as Mario Kart.
Earlier today the GAME Belong Twitter account published a video about some Madden activity it had hosted recently:

Check out what’s been happening with #BelongByGAME & our @NFLUK activity! ?More to come this weekend @BelongLDN ?#NFLUK pic.twitter.com/IaFTcO1XG4

GAME had a seasoned NFL player Lance Moore, the Miami Dolphins cheerleading team and a host of NFL fans into the London store to celebrate the newest Madden title, Madden 18.
Yes it also held a tournament, but there’s something to be said for looking beyond esports.
These specialist events like the Madden one do something that esports does – brings the community together.
Some of those fans that turned up might not be too familiar with esports. After coming in and checking out the Arena, and taking a look at the tournament, they might become more interested in competitive play.

“Some of those fans that turned up might not be too familiar with esports. After coming in and checking out the Arena, and taking a look at the tournament, they might become more interested in competitive play.”

I’ve been criticised in the past for publishing articles on streamers and YouTubers. To those critics I will say this: I’ve had a handful of people tell me they found my site through articles about Gross Gore and are now more interested in UK esports since they’ve been reading.
I don’t care if it’s one person or 100 people that get into esports through a similar gaming activity, that’s a win for esports in the long run.
And GAME has a massive opportunity to do this with its Belong Arenas. The retail chain has thousand and thousands of customers across the UK, I’m sure many of which are parents who may not be aware of esports and its benefits (yet).
Last week, League of Legends players Aux and Vicksy from UK org Excel Esports attended the GAME London Arena and spoke to other players from the community.

This kind of community engagement is crucial. Especially as sometimes the esports scene can be a little insular and focused on itself, it forgets that by reaching out and  doing some of the more casual stuff, we open the doors – and that can ultimately help esports grow in the long run.
The impressive Team UK Overwatch players will also be making an appearance on October 17th. For esports fans that know who they are and come along to meet them, that’s great, and for every other gamer that isn’t aware of esports, it’s even better.
Yes, the retailer is ultimately a commercial business and has been hosting midnight game launches for years now.
But props to GAME for trying something different in Belong – and here’s to many more community events that can help promote esports by looking at the bigger picture and starting from the ground up.