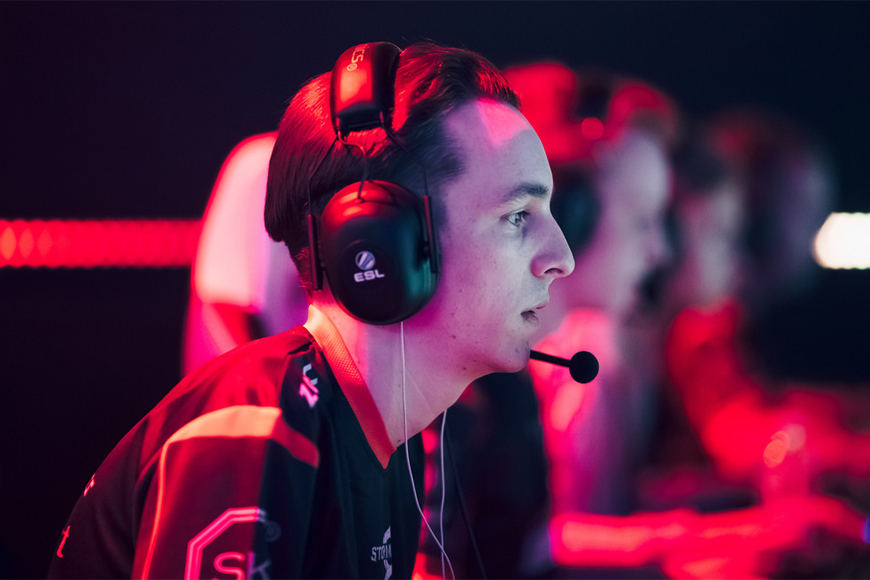 MnM Gaming have removed British jungler Alex “Candyfloss” Cartwright from their League of Legends team, days before they play in the EU Challenger Series Qualifiers.
The situation is complex and there are several reasons for Candyfloss’ departure.
Firstly, Esports News UK understands there was a disagreement between Candyfloss (pictured) and MnM.
We’ve heard that Candyfloss had pushed for an improvement within the team, and had suggested replacing Hadow with another support player.
Looking at MnM’s social media, video and other coverage from the house, Candyfloss did not appear in any of this new content. It seems he didn’t turn up to the house at all.
It’s understood that MnM denied Candyfloss’ requests, they couldn’t come to an agreement so Candyfloss was asked to leave. MnM replaced him with Dutch jungler Kadircan “Kadir” Mumcuoğlu.
In Candyfloss’ dry witty fashion, he published a video on Twitter stating that Hadow got drunk, was involved in a car accident and lost both his arms, yet MnM still wants him to play in the CSQs.

why I won’t be playing in CSQ pic.twitter.com/zbitI6Qzqu

Esports News UK understands there may be other disagreements between Candyfloss and MnM, possibly around payments.
MnM Gaming co-owner Kalvin Chung sent the following statement to Esports News UK: “Unfortunately as much as we’d hope to keep the ESL Prem roster the same, Candyfloss will now be replaced by Kadir due to various circumstances.
“CSQ , Bootcamp and even organising content was rushed and understandably Candy was not able to commit completely towards CSQ due to these circumstances. We wish the best for him in the future and want to thank him on his five months with MnM.
“Finally we would like to welcome Kadir to the roster and we want to thank him for representing us in the upcoming EU Challenger Series Closed Qualifiers.”
MnM Gaming League of Legends coach Will “FrozenDawn” Burgess joked that the reason Candyfloss was kicked was because MnM “decided to upgrade”.

@TyrinLoL we decided to upgrade

When pressed on the other matters mentioned in this article, MnM referred back to their original statement.
We reached out to Candyfloss but have not yet heard back from him.
The CSQs kick off next week.
You can check out MnM’s intro video to Kadir below:

Comment by ENUK editor Dom Sacco
Changing the roster so close to the CSQs is always a gamble, but it seems that Candyfloss and MnM were not going to come to an agreement where both parties were happy.
We are just days away from the CSQs getting underway on May 23rd. It was so close for MnM to keep an unchanged roster, which would have brought some consistency to the team.
However, last time in the CSQs, MnM had arguably worse problems than the roster change they’re facing now.
MnM have found a solid jungler in former Misfits academy player Kadir, but it’s a shame that MnM has lost one of their British players.
This leaves them with Rifty as their sole British player, and Hadow as a UK-based player.
We can’t help but feel this last-minute change will affect their performances, but we wish wish them all the best in the CSQs of course.