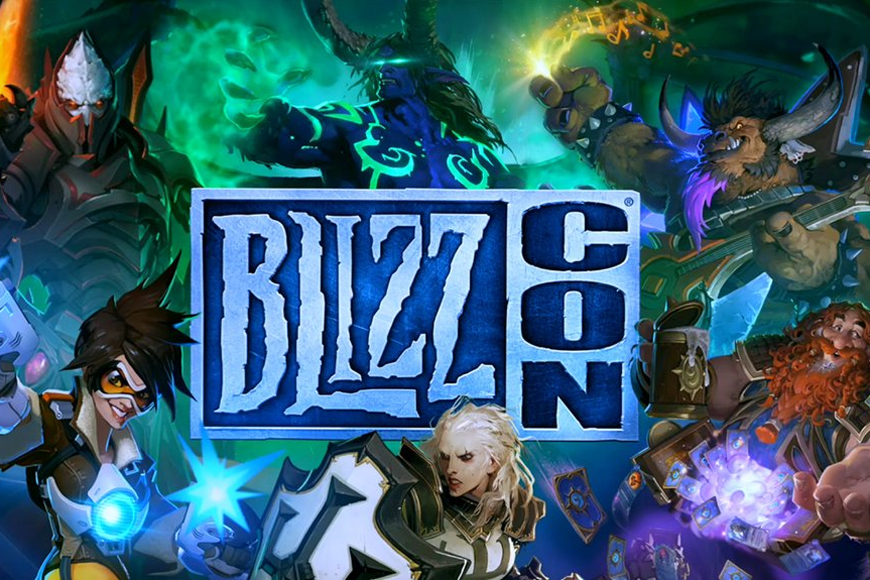 David Hollingsworth looks back on a great Blizzcon – and recaps the matches, moments and magic from the event’s eSports tournaments…
It feels like only yesterday Blizzcon was with us, but as quickly as it arrived, it was whisked away like Tracer’s Blink.
Blizzcon is of course the annual gathering of all things Blizzard entertainment – one of the world’s leading developers in gaming – but more importantly to us, it also has some eSports too.
2016 was a big year for Blizzcon with regards to eSports as Blizzard made huge waves in announcing the Overwatch League and some big changes to Heroes of the Storm in the coming season, promising players a safer and more guaranteed wage in future Blizzard eSports games.
But enough of the general announcements and news – let’s get down to the brass tax of it and onto who won the major tournaments at Blizzcon 2016.

Straying away from the normal Championship-style tournament, Blizzard instead opted for a World Cup series. Despite some initial skepticism from fans, the series ended up delivering on some amazing Overwatch action, even if the UK team was not at the event (after finishing third in their group behind Finland and Iceland).
The winner was expected to come from North America or Europe pre-tournament, but it was South Korea who took the World Cup final, having not dropped a single game against the Russian side.
South Korea would not have been the pre-World Cup pick (due to their lack of major Overwatch teams), so this could be a turning point for the South Koran Overwatch team – watch this space.

WoW has had a rough few years in the world of eSports, it has long been a dream of mine to cover the game more – but it just never managed to grab people’s attention outside of the WoW community.
Even people inside the WoW scene have often not been that interested in the eSports side of the game. Some of this might be to do with the game’s heavier Player Versus Environment (PVE) gameplay in its raid content, with Player Versus Player (PVP) often taking a back seat.
The 2016 Arena Championships might have given the WoW arena scene a jolt of life, however, the amazing pre-Blizzcon games leading to an intense final between Splyce and Method NA.
The match was a back and forth affair, with the game tied at 3-3. The final game was a real nail-biter for fans.
Splyce looked like they had lost as their healer Boetar dropped to 5%HP with no large cooldowns left. It looked all but over, with the casters calling the game as a Method win.
However, Splyce turned the game on its head and shut down the Method healer, bringing the title to Europe for the 2016 season.

Heroes of the Storm

The Heroes of the Storm final came with the backdrop of Blizzard looking to shake up the 2017 season structure, as their title looks to carve out its place in the highly contested MOBA scene.
The North American and European teams would have looked to grab the 2016 fall title, but it was Ballistix Gaming from South Korea who took the final game of the series 3-1 against Europe’s top hope Fnatic, who battled hard but could not handle Ballistix’ charge.
2017 could be an interesting year for Heroes of the Storm and we hope the changes Blizzard have made to the game see it rise in popularity – we could maybe even see the UK scene grow.
ESL has hinted at more games in the UK Premiership next year, after all.

This was a big tournament for StarCraft, with the game coming to the end of its commercial life and interest in the eSport not as popular as it once was.
In what was becoming a bit of a Blizzcon trend (but nothing new to followers of the StarCraft II scene), it was a South Korean double-header in the final as Byun “ByuN” Hyun Woo playing Terran took on  Ryung “Dark” Woo playing Zerg, making for a great series to end out 2016 for fans.
The series was close, but ByuN took it 4-2 and his joy was clear to see in the closing moment as he clutched the trophy. The win could be a big boost for ByuN, who remains a free agent.

Hearthstone has always been an interesting eSports for me, it’s not one I follow on a regular basis – after countless attempts to watch it. But as I sat down to watch the Hearthstone final, I found myself lost in the mind-games of the two pro players.
The tactical and mechanical understanding of Hearthstone by its top players is much like that of top chess players.
The Blizzcon Hearthstone final was between Pavel “Pavel” Beltukov from Russia as he took on Artem “DrHippi” Kravets from Ukraine.
It was eventually Russia’s Pavel who took the series 4-2.

Blizzcon was a great year for eSports. Not only did we get some great announcements from Blizzard for the future of eSports, we got to see some of the world’s very best players battle it out on the stage in front of thousands watching live – and many more all over the world.
2017 is set to be another great year for Blizzard as they look to push eSports within their IPs.
If only they could somehow make Diablo a viable eSport…