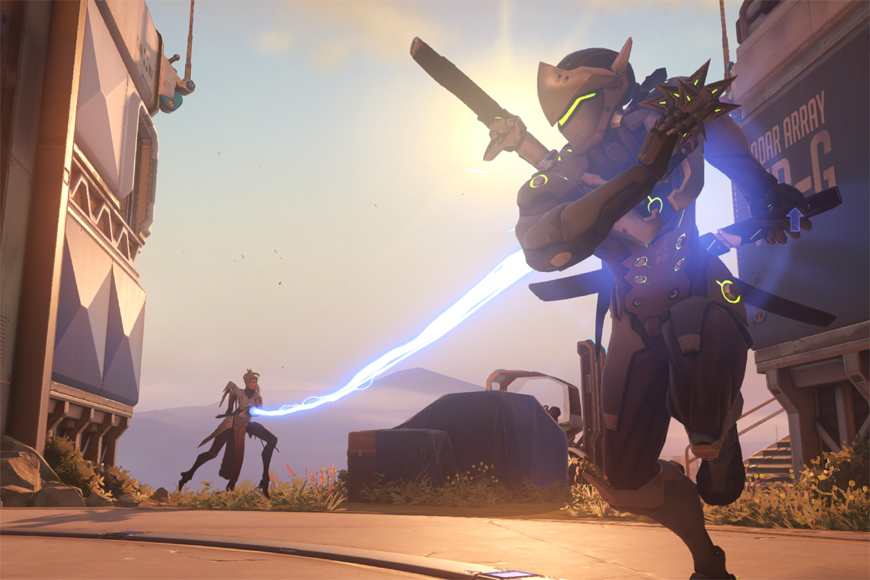 Last Wednesday, the first UK and Ireland Overwatch competition got underway, with 34 checked in teams geared up to play.
Here, Craig Robinson looks back on last week’s first UK Overwatch cup in a quick recap article.
Since my last article regarding the first week of competitive Overwatch in the UK, we have seen a number of UK organisations get involved.
In addition, several UK teams who played in the opening weekend European ESL cup have strengthened, plus newly created teams have emerged as well.
In this specific tournament, the format was BO1 until the semi-finals, where it went to BO3.
Jumping through the first few round brackets, the remaining teams in the quarter finals consisted of British teams Choke Gaming, All Guns Blazing, Sterling, GLB, Better than a Scrim and Anarchy, leaving two multinational teams (which still had half UK players) VapeNation and Unlucky Alliance.
In the quarters, Choke beat All Guns Blazing, European team Unlucky Alliance defeated Sterling, GLB took down Better than a Scrim and finally EU team VapeNation defeated Anarchy.
In the semis, Choke beat Unlucky Alliance and GLB took down Vapenation, leaving a full UK final to look forward to.
The final was a BO3 series and the first map victory went to Choke on Hollywood, with the round win coming from a full D.VA comp when the payload was only a metre away! Some of the Twitch chat got a little salty at this point, prompting organisers to tweak the rules for next week’s cup (see the bottom of this article for details).
The second round was El Dorado, and GLB eSports took this map with a strong defense. They never dropped a single checkpoint, and took the checkpoint on the attack.
The final map was Volskaya Industries – and GLB won the attack at the 4:27 mark. However, GLB went to defense the following half and experienced some disconnection problems, so Choke agreed to re-make that half of the map.
The second defense attempt for GLB paid off for them. They successfully defended the final point against Choke in the time they had to beat, taking the series 2-1 and crowning themselves the victors of the cup!
I want to give a big shout out to Choke Gaming in the final half of the game. They agreed to remake the half to compensate for the two d/cs on GLB’s team. Hopefully there will be a pause system to implement into the game to avoid any awkward possibilities in the future.
Overall, Overwatch is off to a bright start in the UK competitive scene – and the standard of play was encouraging in this first community cup.
Here’s the Twitch VoD below:
Watch live video from ESLUK on www.twitch.tv

The next UK Overwatch cup and ruleset changes

The next UK Overwatch Community Cup will take place on June 22nd.
Nick Ray from the Overwatch UK Facebook group said: “After a great cup last Wednesday, the ESL UK/IRE’s Overwatch Community cup is back for it’s second week and we’re hoping to build on our previous turnout!
“On Wednesday June 22nd at 7.30pm, both the streams will be going live once again, with the hottest Overwatch action from the UK scene.
“The ruleset has been tweaked slightly – all rounds prior to the final will be a BO1, while the final and third/fourth place playoff will be a BO3.
“The previous cup format was considered confusing by many. It was our intention to try and increase the number of games teams played in the early rounds before being eliminated but this just caused problems. We will be looking at further ways to increase the number of games played by teams without causing problems in future weeks, as well as adopting a best of 3 semi final round.”
On the all-D.VA cheese plays, Nick added: “While we enjoyed seeing some very unique combinations (cough, D.VA), the hero selection limit has been changed. Teams can now only run a maximum of TWO of a single hero at any given time.
“This is done to prevent a repeat of the finals, where six D.Vas were picked in order to hold a point. While there are counters to this strategy, there were complaints by players and viewers alike that this cheapened the game and made it boring. While we don’t believe this is a necessary answer to the problem, we are going to test it this week.”