eSports can clearly now be considered a sport in the UK – it’s had its first streaker.
A male teenager ran onto the stage in the nude during the ESL UK Hearthstone Premiership semi-final at MCM London Comic Con today (Sunday May 29th).
During the match between George “BoarControl” Webb (who plays for Torpedo) and Mysterious, who were playing for a spot in the final, a streaker ran onto the stage and grabbed the ESL UK trophy.
He then placed the trophy on his head and wore it as a crown, causing the lid to fall onto the floor.
The on-stage casters – Alexander “Raven” Baguley, Ceirnan “Excoundrel” Lowe and Simon “Sottle” Welch – were clearly distracted by the unwanted guest, but managed to maintain their composure on stream.
The streaker then put the trophy down, and was apparently rugby-tackled by a brave member of the audience.
ESL’s head of league operations Matt Loftus then grabbed the streaker (not there!) and two other venue staff dragged him away and kicked him out of the venue.
One man – Stephen Kent – has stepped forward as the person who saved the day. He told eSports News UK that ESL gave him a free pair of headphones for his efforts.
Kent had dressed as a jedi during the event, but was plain-clothed when he apprehended the streaker.

@BlackoutHS Yes it did! Got a free pair of headphones from the ESL shop for my heroic efforts in battling the streaker! #winning

Kent says he didn’t rugby-tackle the streaker as such, but did rescue the trophy.
“I was watching the tournament as a fan,” he said. “I used to be a doorman and I’m a brown belt in judo so it came naturally to me to help out. Streakers just do it for the attention and try to ruin events for everyone, so I just wanted to get him off as quickly as possible.
“After he got bundled off, my second priority was to get the trophy back on the plinth and hope that it wasn’t damaged! If I wasn’t two rows back, I would’ve been on the stage quicker and I would of been able to bundle him off myself!”
The streaker was not caught on stream, but someone else who saw the situation unfold told eSports News UK anonymously: “This guy just ran on the stage naked – it was really strange.
“Two guys just grabbed him and threw him off the stage. It was kind of crazy. A streaker at an eSports event? Sure, why not.”
The ESL UK Hearthstone finals were watched by more than 15,000 viewers on Twitch. 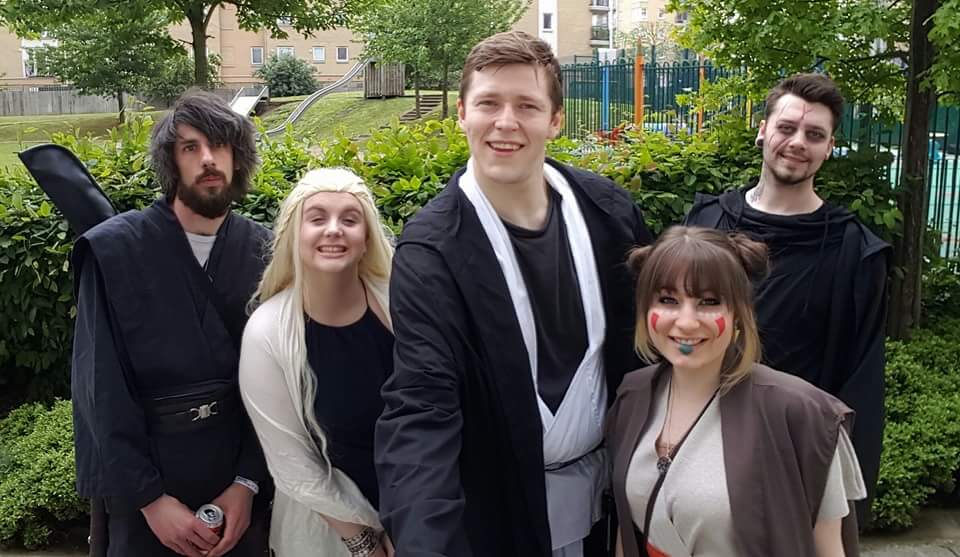 The force is strong with this one: Stephen Kent (middle) apprehended the streaker on-stage

Resolve withdraw from League of Legends NLC circuit
Legends of Runeterra overtakes Hearthstone in UK iOS app store card game chart
Interview with UK CoD player Zer0 on rejoining the London Royal Ravens: 'This team has some of the b...
Dom Sacco

I was the man who jumped on stage! Didn’t get to do much tackling, but I did rescue the trophy and put it back on the plinth! 🙂 Anyone get any photos?