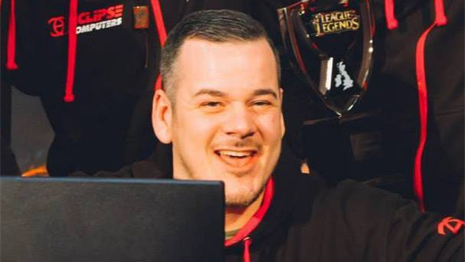 Vince Clarke, owner of UK eSports organisation Choke Gaming, has offered his comment’s on Tundra’s current situation (who plays for rival League of Legends team FM-eSports) and the state of the UK scene, saying that the toxic playerbase is not helping UK eSports.
His comments, of course, come moments before the two teams play one another in the ESL UK League of Legends Premiership today (Sunday November 8th).

Tundra is one of the UK’s better League of Legends players, but has become frustrated with his position, a bit disillusioned by the UK eSports scene and this is starting to impact on his self-belief. Tundra believes he is becoming “the running joke of the UK scene”.
In a half-hour vlog (embedded at the bottom of this post), Vince shared his opinion on the matter.
Vince says: “Tundra, you could probably slot into an LCS Challenger team, no doubt about it. You’re a good player and put in a lot of effort.
“Unfortunately with the UK, comes a lot of flame. We’re a little behind here and there’s a lot of flame for people that actually are very good.
“Tundra, how are you a joke and a failure? You’re not. You’ve done something a lot of people can’t do – you’ve played at a top UK level.
“In a large UK community, you’ve part of the top ten or top five group of people – you should be proud of that.”
Reacting to my comments on the UK scene needing bigger prize pots and funding, Vince added: “The UK eSports scene is growing but it’s still behind other scenes.
“We need to keep at it and we will get there.”
“One of the reasons I started Choke Gaming was to promote UK gamers. I’ve had a bit of bad press, especially with my CSGO team, but I want to help UK gamers, to give them a platform for UK gamers to help support their dream.
“Prize pots are small, but we can’t bank on the prize pots to succeed. For example, if UK eSports becomes big, then it doesn’t matter if you come first, second or third. If you’re in a league like the football Premier League which is financially sustainable through advertising, regardless of where your team finishes, you’ll get financial help from sponsors and publicity as a whole.
“100 years ago, football teams made no money – now they’re million-pound companies. And that’s what I believe will happen with eSports, it’s just a matter of time.”

On the point I made that the UK playerbase is toxic, Vince agrees: “One thing that has held UK eSports back is the playerbase. They are toxic. People like to ridicule those who are different or have succeeded. But you have to look past that and carry on.
“What [Tundra] has done has become a top UK player. Never beat yourself up, brother, by what you have or have not done. Some people, for whatever, think it’s funny to troll, because they enjoying seeing people fail. But in the UK people like seeing the underdogs succeed too. We’re a weird bunch. UK eSports is tough. You’ve just got to ignore it all, all the negative stuff.
“The only reason people are negative is because they wish they could be you. Okay, maybe it didn’t work out that you quit uni for eSports, maybe it’s taking longer than you thought it would do. But if that’s your dream, keep at it.
“You don’t play for Choke, you play for a rival, but that doesn’t matter, I believe in you.”
You can watch Vince’s video in full below: