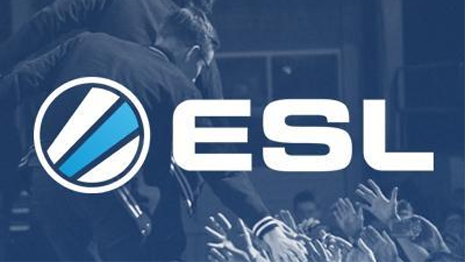 eSports firm ESL has signed a couple of new deals this week, teaming up with Betway for betting on the CSGO ESL UK Premiership, and a deal with Sportradar for real-time match data and stats.

Betway deal
ESL has partnered with Betway Group for the ESL UK Premiership CSGO tournament. The partnership will see the introduction of legalised betting services added to the tournament, a first for the local esports scene.
“Betting is already a huge part of the Counter-Strike: Global Offensive community,” said Peter Mather, UK Community Manager for ESL. “Our partnership with Betway will provide a tried and trusted alternative for our fans and spectators, encouraging growth within the UK.”
Betway has been supporting the competition from the onset of the ESL UK Premiership Group Stages, the online leg of the tournament where eight of the UK’s most talented teams compete for a spot at the offline finals, based at London MCM Comic Con.
Betway’s Alan Alger added: “We’ll be offering a wide variety of pre-game markets, alongside handicap betting and an ever increasing number of in-play markets.”
Odds for the ESL UK Premiership Playoffs can be found on esports.betway.com.
Sportradar partnership
ESL has signed a deal with the world’s largest sports data service provider: Sportradar.
Under the terms of the agreement, and on the statistics side, Sportradar gains exclusive rights to process and distribute real time match data, and will also offer live scoring delivered to customers across the globe. In addition, Sportradar’s Fraud Detection System will monitor 450 betting operators around the world to give ESL insight into any suspicious betting patterns and behaviours around its competitions.
“ESL and Sportradar want to tackle the growing rise of betting in eSports, and challenges that come with it, taking an active stance to ensure integrity,” the pair said in a statement.
ESL CEO Ralf Reichert said: “The rapid growth and expansion of the eSports industry presents us with an ever increasing myriad of not only opportunities but also challenges, the most important of which is arguably the preservation of the integrity of the competitions.
“ESL has led the charge on integrity in eSports for many years with proprietary anti-cheating software and the recent introduction of anti-doping policies in its tournaments. With an ever increasing volume of betting on eSports competitions, expanding our anti-fraud initiative to also include match fixing, collusion other activities related to illegal, underage and irresponsible betting, was the next logical step in our efforts to preserve and promote integrity across our many competitions.”

Further reading: Why are drugs tests in eSports only being enforced now?