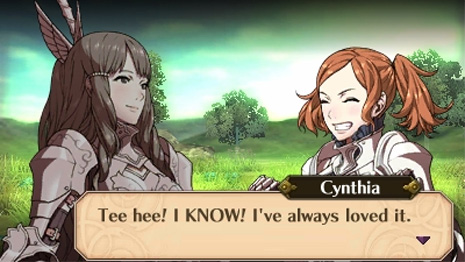 The possibilities within Fire Emblem: Awakening – both in terms of gameplay tactics and character relationship building – are vast to say the least.
After finishing the game, here are the battle pairings and class developments we found most effective for developing each of our favourite characters. Note: Mild marriage-related spoilers.

We recommend reading our Fire Emblem Awakening Seals Guide first, for the basics on levelling and class changing. Note: To marry someone, they must first be compatible with a certain character, then you must pair them up on the battlefield until their rank moves from C to B to A to S.
Cordelia & Severa

You know, there are many options to choose from such as the cases of all styles, screenprotectors, back cover housings, stylus, extended battery as well as gives trendy
looks to it.

An impressive discuss, I just given this onto the colleague who had been doing a minor analysis for this. And he the truth is bought myself breakfast because I found it regarding him.. smile. So let me reword that will: Thnx for the take care of! But yep Thnkx for investing the time to go over this, I feel strongly about it and love reading read more about this topic. If possible, as you become expertise, do you mind modernizing your blog with more details? It’s highly of great help for me. Massive thumb way up for this post!