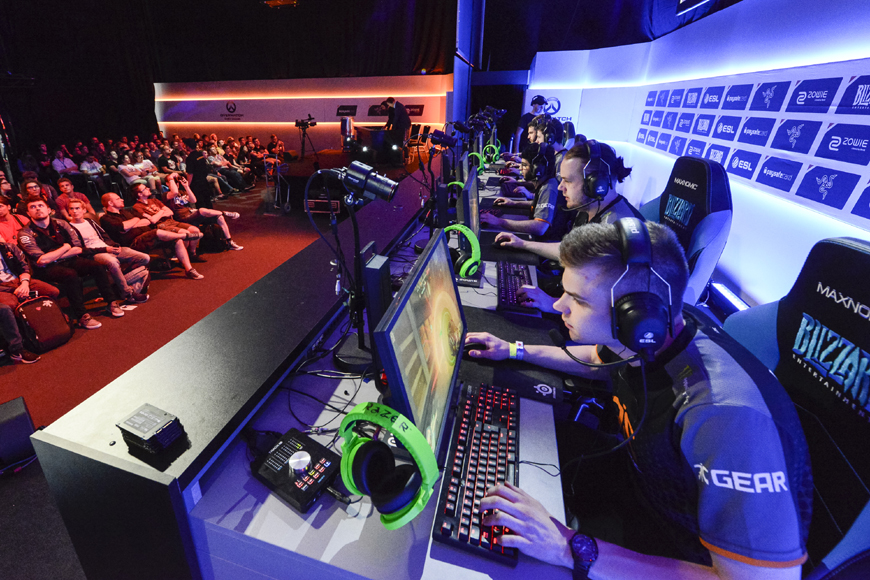 Over the years there’s been many sports that have become the most watched and played sports in the world, such as football and tennis.

One sport that’s been taking the world by storm in recent years, with impressive audience numbers, is of course, esports. As the industry has grown and developed, the world of online gaming has seen everything from casual video gamers to professional esports players competing for multi-million-pound prize pools.

Professional esports players spend many hours practising, honing their skills and checking out upcoming opponents in preparation for their next gaming event. However, esports goes much further than just a game – the best players have legions of fans and sponsors to help build awareness. Here’s how esports has impacted a variety of areas and also some factors that can help make a successful esports game.

1. Providing a game that is easy to learn yet hard to master

To make a game successful in a competitive gaming environment, it’s crucial that it is relatively simple to play. To make a game enjoyable and do well in esports tournaments, the game needs to be easy to learn but also hard to master. This is what helps professional esports players and teams stand out in tournaments and helps them demonstrate the skill it takes to play a game strategically.

There are many aspects that a player will need to master to become a competitive player, from maps to movement, teamwork and many more factors. While a lot of players can be good at a game, it can take years of dedication and experience to become an expert.

An audience can make or break an esports event, so it’s important that they are enjoying their experience. For a game to be successful enough for esports events, it’s crucial that the game has a well-designed spectator mode. Spectators need to be able to effectively see what is going on in a game to be able to have an enjoyable viewing experience. MOBAs like Dota 2 have been able to achieve this, as spectators can clearly see the game territory maps and detailed player progress and stats.

The continued popularity of esports and great spectator experiences has also helped to fuel the growth of live streaming online. According to data from Esports Charts, some of the most watched categories in August 2021 on Twitch included games popular in esports tournaments such as League of Legends, Apex Legends, Valorant and more. Whether Twitch audiences are watching professional streamers or casual gamers, it’s clear that the impact of these games is big in livestream gaming.

Even though League of Legends was released way back in 2009, it’s still a heavily played and watched game to this day. A good game with a good spectator mode, regular updates and decent ongoing marketing will continue to bring in audience numbers and fans, and will therefore help to generate a buzz around the game, esports teams and more.

3. Titles need to be able to generate a widespread appeal

If a game does not manage to attract a big enough audience, then it will be easily forgotten amongst other more popular titles. A lesser known game will not attract the audience numbers that tournament organisers need. Several games have become a global phenomenon and to this day remain some of the most popular games in the industry.

With huge tournaments accompanied by the biggest prize pots, this attracts a large number of players, some of which go on to become the best gamers in their genre. Games like Rainbow Six Siege, Counter Strike: Global Offensive, Fortnite and League of Legends are just a few of the biggest esport titles that emerged years ago which look set to continue their relevance for years to come. CSGO may have been hit by competition from Valorant, but it still has a loyal viewerbase.

The widespread appeal of esports titles has also attracted other industries to esports, such as iGaming. Over the years, new betting experiences have been introduced for adult players through esports tournaments taking place around the world.

As esports spectatorship has risen over the years due to popular games, esports betting has also become widely available for adult spectators. When betting on esports online, there are a range of websites that provide betting options on a variety of popular esports tournaments. Whether audience members are fans of Team Liquid, OG, Fnatic, or Evil Geniuses, 18+ audience members in the UK can bet on which team they want to win the match.

4. There should be simple goals set for players to achieve

The main objectives of a game should be very easy and simple to understand such as how to play and how to win rounds. Despite having a straightforward and simple concept, successful esports games should also be able to be played out in a variety of different ways. There should be many different ways that players can complete the rounds and defeat opponents.

However, if a game is too difficult or even too easy, like other titles, players may get bored and there might not be much of an opportunity for esports players to rise the ranks. While game realism can often be key to a game’s popularity, there also needs to be some fun gameplay and simple mechanics too. In Counter Strike: Global Offensive, run boosts and bunny hops are what help give the game another enjoyable appeal to fans.

As players strive to master competitive games, the growth of the esports industry has also helped to create a range of new jobs and opportunities around the world. As esports continues to rise in popularity, many companies in the industry are needing to recruit more team members.

In recent news, Excel Esports commercial team doubled in size as the organisation hired several new team members. The company is looking for ‘accelerated growth’ in the coming months and has therefore hired new members for their team. Over the years esports has helped create jobs and positions as companies look to expand and develop.