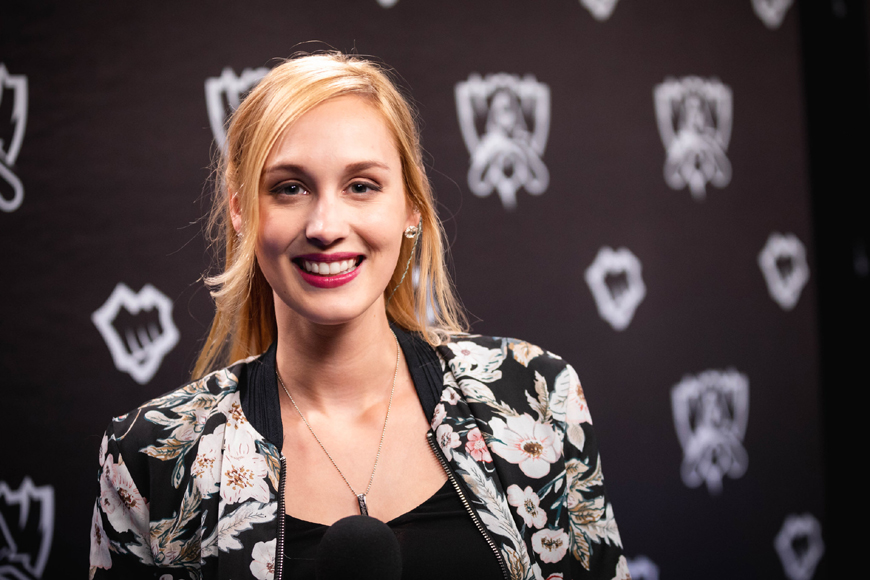 Top League of Legends esports host Eefje ‘Sjokz’ Depoortere will be providing commentary at a 1v1 event in London in October.

The Belgian LEC presenter will be commentating at the UK final of Red Bull Player One, a global 1v1 League of Legends tournament taking place at the Red Bull Gaming Sphere in London on October 4th and 5th.

The grand final on October 5th will be broadcast live on twitch.tv/RedBull from 2.30pm BST and will see the eight best amateur duelists who made it through the Last Chance Qualifier on October 4th battle it out for a place in the global final in Brazil in November.

Amateur duelists looking to compete in the Red Bull Player One UK Last Chance Qualifier should head to the Red Bull Gaming Sphere in London at 3pm BST on Friday October 4th.

The winner of the UK qualifier will go on to compete at the Red Bull Player One global final in Brazil in November (including an all-expenses paid trip there). They will also earn the opportunity to train alongside a leading pro team in a bootcamp ahead of the event.

16 players will make it through to the UK grand final, before being narrowed down to the top eight who will face off to be crowned UK champion.

As well as revealing details of the UK final, Red Bull has also announced the qualifiers and events ahead of the main event.

Road to Player One, beginning on August 31st, is a bi-weekly tournament taking place at the Red Bull Gaming Sphere in the lead up to the final. This will feature a leaderboard which will see the top two players automatically qualify for the final day of Red Bull Player One UK on October 5th.

The second in the series, ‘Road to Player One: Up your Game’ will take place on September 14th and see pro League of Legends players sharing their expertise in a workshop.

The UK final will also see two university campus offline qualifiers around the country, with dates and venues to be revealed soon, as well as three online qualifiers taking place on September 18th, 22nd and 27th, which players can sign up for now.

Furthermore, the Red Bull Player One UK last chance qualifier takes place one night before the main event. The qualifier will feature open signups, meaning skilled duellists across the country have the opportunity to take part.

Red Bull Player One is a global tournament with over 25 countries holding regional events across the globe. As opposed to traditional 5v5 League of Legends esports, only one player will take the trophy home from the world finals in São Paulo, Brazil from November 30th to December 1st.

The competition first kicked off in Brazil in 2015 and has had 30,000 participants to date. Last year, the Ireland Red Bull final was won by Daniel “Zoinkers” White, and the overall grand finals were won by Erik “ZiViZ” Lövgren, a Swede who previously played in the UK League of Legends scene.

Intel and ROG are the Official Hardware Partners of Player One UK this year.

Guild Esports and Samsung launch pop-up experience at Selfridges London featuring meet and greet wit...
Valorant Champions broadcast line-up announced as teams prepare to battle for title of 2021 world ch...
Interview with UK CoD player Zer0 on rejoining the London Royal Ravens: 'This team has some of the b...
Dom Sacco