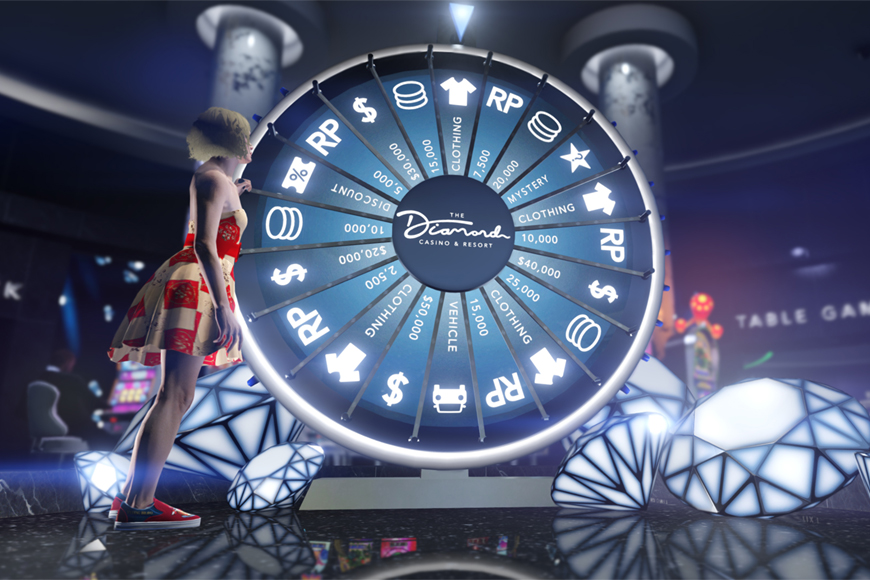 When the action-adventure video game Grand Theft Auto (GTA) was launched in 1997, it captured the imaginations of gamers all over the world. It has since gone on to spawn more than 10 stand-alone games and several expansion packs, and racked up total unit sales of more than 280 million units and counting.

How things have changed since this hit the shelves

Unfortunately this exhilarating and dynamic ‘drive it like you stole it’-themed game hit the headlines again recently. This was due to an update in Grand Theft Auto V that gives players access to the virtual Diamond Casino and Resort in Los Santos, allowing them to partake in virtual slots, roulette, poker, roulette and horse racing.
This has resulted in 55 countries that have apparently banned the new GTA casino according to Reddit user SlapshotTommy:

As long as players are 18 or older (GTA has an 18 PEGI age rating) they can visit the Diamond Casino and buy casino chips with real money to play virtual casino games. Although their chips or winnings can’t be converted back into cash and withdrawn, they can be used to buy in-game items from weapons to equipment to cars and everything in between.
As of 2019, the GTA conversion rate is approximately $7 for GTA$500,000, and the bigger the deposits, the bigger the discounts players are offered. GTA has limited how many chips players can buy every hour to play at Diamond Casino as a safeguard.
Although it sounds simple enough, the problem is GTA’s new real money casino facility has fallen afoul of gambling regulators around the globe who believe that it constitutes ‘online gambling,’ an activity that is illegal in the said countries listed above.

Players based in these countries have reported that although they can enter and walk around the Diamond Casino and Resort, they’re unable to purchase chips to use at the tables. This is due to a ‘region restriction’ facilitated by Rockstar Games, the leading US-based video game publisher that owns Grand Theft Auto.
As the game software automatically picks up the location of each player, if it finds that they reside in a region where gambling online is restricted, they will not be permitted to complete their transaction to buy chips and play Diamond Casino games.

In terms of player responses to the real money ‘gambling’ aspect of Grand Theft Auto, they have been mixed. There have been reports of some gamers, for instance, who don’t agree with introducing a gambling aspect into what is first and foremost a video game.
Other gamers feel the GTA casino facility could open the door to vulnerable and/or problem gamblers, especially as let’s be honest, teenagers will play the game despite its age rating, a demographic that is susceptible to gambling issues.
Then there are those players that welcome the move, saying it adds an new and exciting dimension to GTA and opens up a whole new world of possibility to the video game which, since its launch, has undergone many incarnations, scenes and scenarios.
Some players support the move but don’t agree with how the game allows players to make deposits to purchase casino chips. They would prefer to see casino chips awarded solely through in-game achievements, with real money transactions left out of it.

GTA Has Permitted In-Game Top-Ups Since 2013

GTA has allowed players to top-up their in-game wallets with real money since 2013, when the game’s add-on ‘online mode’ was launched. However, it arguably hasn’t been until now that the in-game virtual money system has raised eyebrows across the globe.
That said, although GTA is not widely associated with esports, gambling on esports is not new (GTA is obviously not a video game with esports elements like some first person shooter (FPS), multiplayer online battle arena (MOBA), battle royale, fighting or real-time strategy games are).
Esports, a type of competition where professional gamers play selected multiplayer video games competitively for financial gain (often in front of millions of spectators all over the world in real time) is as of 2019 globally worth upwards of $1 billion.
This marks a notable 27 percent improvement on the previous year, which has been attributed to skyrocketing esports revenues as a result of rising prize pools, media rights sales, sponsorship deals and advertising partnerships.

To add to that, betting on esports has reached mammoth proportions, with $8 billion expected to be wagered on this virtual pastime this year. That figure is expected to double in the next few years as esports increases in popularity and therefore become much more prevalent around the world and attracts more betting fans.
One of the reasons esports betting has taken off the way it has is because it offers a multitude of bet types to keep things interesting. These wagers fall under categories that include totals, money lines, handicap lines and proposition bets (props).
For instance, total bets can include total rounds, total maps played, total points or total kills, while prop bets can include lines such as if the game will go over 30 minutes, how many kills a particular player will make, whether the game will be paused longer than 5 minutes, or which team will draw first blood and many more.

It’s unlikely GTA will make the transition to the esports arena of course. But what is notable is how this recent casino game debacle has ‘built a bridge’ – intentionally or not – between video games and casino games.

Good day to all?? Hope that everyone is doing well? I was just wondering if I could ask a stupid question ? I am busy playing gta 5 online but if go to the casino it lets me in, through the front desk or to go buy couple clothes or have drink but once I get to the cashier to buy the  chips it doesn’t allow me to buy me to buy what I want? but once I get to the machine or to the wheel it says it’s not available now I do know that some places have been blocked?… Read more »

No one play video games in Iran and north korea

no there is a big gaming community in iran