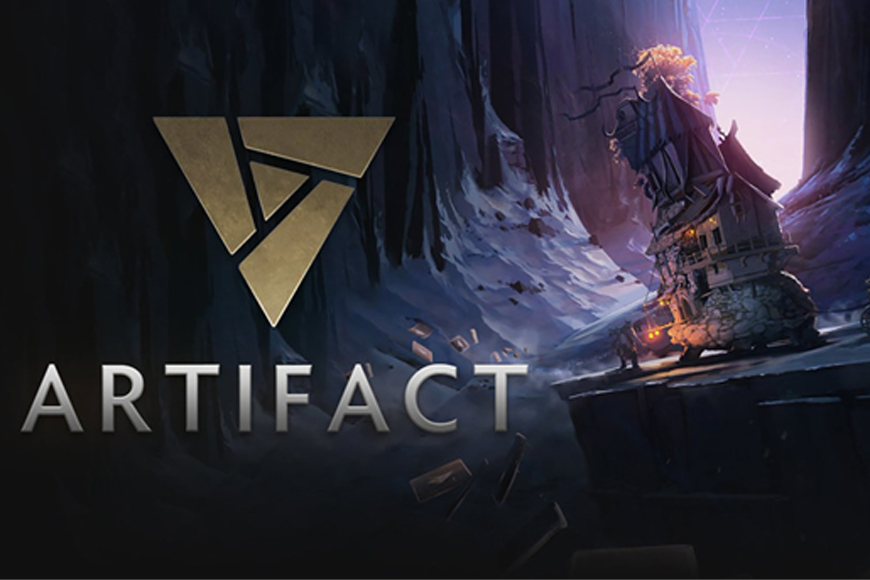 Artifact was first announced at The International 2017, one of the biggest esports events in Dota 2 scene and esports overall, paving Valve’s way into market of digital collectible card games.
The game combines specific elements of complex MOBA and TCG genres, making a unique mix we’ve yet to experience. It all started with Hearthstone getting so much traction and popularity that other video game developers decided they wanted a piece of the cake too.
Unlike Blizzard’s creation, The Elder Scrolls: Legends and Gwent failed to make the same buzz in CCG community. Some say those two are missing some unorthodox features to become a killer in the genre, although the franchises they came from are well respected.
Who knows how it will work out for Artifact, but the Seattle-based game dev machine seem to be very certain they’ll leave an imprint on the TCG scene. To be honest, there’s a solid reason for that.
It’s Richard Garfield, creator of Magic: The Gathering (MTG), who is currently the mastermind behind Artifact and that gives them so much confidence. Players and critics alike consider MTG a genre-defining title, which once again brings value to Valve’s ‘child’. And you can see they’re definitely adopting the approach to both Artifact’s gameplay and monetization.
So let’s talk about the game itself, shall we? As always you have a gaming board and it’s basically split into three lanes (as in Dota 2), but you treat each lane as an individual battlefield.
‘How do I win in Artifact?’ you might wonder. The answer is simple: by destroying your enemy’s towers in two of the three lanes, or you can push through a lane twice and it’s game over for the opponent.
As far as the decks are concerned, each player will have a deck of 40 cards coloured as green, red, blue and black. Picking five heroes you want to see in the deck, plus other cards, you’ll then have to select at least nine cards representing items (which later become available in the in-game shop while you’re playing the game).

How do we play the game?

Once the match begins, players will have three heroes set randomly on the board, with one hero per lane (similar to Dota 2, but not five heroes overall, we know). You will see the fourth hero showing up on turn two and the next turn – the fifth hero. They appear in the order that you set while building your deck.
During first turn, players will have three melee creeps chaotically squandered on the game board, with three mana and a starting hand of five cards. However, there’s a rule that every lane has its own mana pool growing by one every turn, so take that into account.
One of the core gameplay aspects of Artifact that differs it from other TCGs is that the cards are locked to a specific colour. Meaning you can’t play a certain colour spell in a lane where there’s a hero of different colour. So, to play a blue card in some lane, players need to have a blue hero over there as well. Black to black, red to red and so forth.
There are also several phases in Artifact that players switch between using Initiative. The player who has Initiative begins the Action Phase and always starts as Radiant. If you’re going first, it’s possible to play a card and pass on the turn or you might as well do nothing, giving your enemy the opportunity to use spell cards.
The game switches to the Combat Phase as soon as both players make the game moves, but in the new phase creeps and heroes finally clash at swords. Following the action, here’s when players get the chance to purchase item cards (they picked earlier) from the shop. Item cards are purchased with the gold obtained by demolishing enemy creeps (for which you get 1 gold) and heroes (5 gold) while the game’s going.
Mind you, the items are divided into three categories and randomized when the game begins. Those items can be consumables (which can be used once) or accessories with a permanent use on your heroes. As soon as that’s done, it’s time to switch to the second lane. And this process repeats again and again.

Ok, I can see your heads are blowing up with the question: “What’s the main objective of the game then? I don’t get it yet.”
The objective is to destroy two enemy towers or successfully rally through one lane, twice. So, a tower has 40HP but when you crash it, you finally see the enemy’s ancient. It’s a tough one though, with 80HP. Basically, it all comes down to blasting one tower and ancient in one lane or two towers in separate lanes – once you do this, victory is all yours.
There’s one thing that bothers us though – why did Valve decide to make Artifact pay-to-play in this era of free-to-play card games flooding the market right now? Especially considering their intention to focus on esports as well. The starting game will cost $19,99 where you get 280 cards at the start. Sure, you’ll be able to get extra packs for extra money but there’s no in-game currency present, meaning there’s no way to grind for additional card packs or craft cards (as you can do it in Hearthstone, for instance). That just boggles our minds!
One might say Valve’s doing the best they can to fix the issue before launch, as they’ve already started adapting the Steam Marketplace to make card trading possible. As we already know, users will be able to trade cards which gives them some real monetary value.
The last thing we want to touch upon is the Dota lore.
Let’s talk about the elephant in the room right away: Dota 2 is based on DotA, which in turn was a mod based on Blizzard’s Warcraft III. Still, Valve’s acting like Dota 2 has nothing to do with Blizzard’s offspring and, for the sake of this piece, we’ll do the same, okay?
So thanks to Artifact, the dev team will be able to broaden the lore of their MOBA as it’s been lacking some backstory since release. Once again, we all know the heroes and what they’re based on from the Warcraft franchise. But Dota 2 heroes finally get their chance to shine with Artifact’s initial set of cards telling a story of the Vhoul Rebellion, which sheds some light on lives of Legion Commander and Sorla Khan. As for now, that’s all we know about the game lore-wise and the team is yet to unveil the direction they’re taking with Artifact’s lore.
Finally, Valve is set to release Artifact on November 28th.


There will be three competitions with the $50,000 total prize pool. Here are some details.

Tournaments format: the group stage and single elimination playoffs with best-of-three matches.
Streamers and pro players of Hearthstone, Gwent and Magic The Gathering have already expressed their desire to try their hand at Artifact.
There will be some more information about invites and applications for participation in the tournaments very soon.
WePlay! – esports news.