As a console player, customisable play and third-party peripherals are hard to come by. For that reason, we have to jump when a company like Razer takes notice and creates the Raiju PS4 controller.
ENUK’s Call of Duty and console writer Jacob Hale gets to grips with the new controller.
First things first: Razer created this with the esport player in mind, particularly catered towards those playing or competing in FPS titles.
This is something you must consider before taking the plunge and purchasing a Raiju.

What’s in the box?

I was impressed when I first opened my Raiju box. Inside was the controller (obviously!) as well as a carry case, manuals and a braided cable.
The cable itself is impressive not only due to its design, but also because the controller itself requires the USB connection to be playable. More on that later. 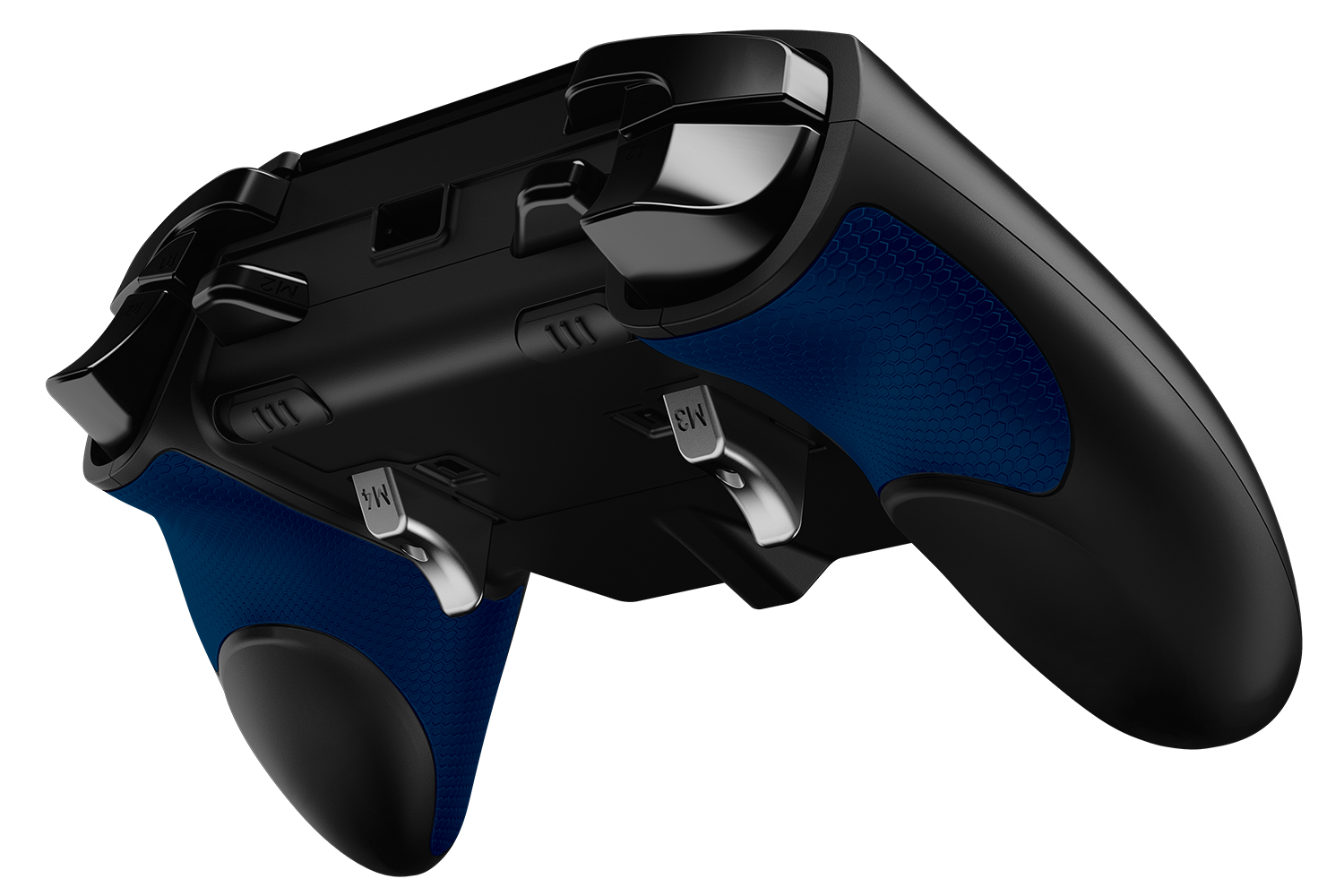 The controller itself is incredibly well-designed. It’s shaped similarly to the bigger Xbox One controllers, a design that sits more comfortably in your hands than the smaller, slightly more awkward PS4 counterpart.
The analogue sticks feel great, with just enough grip to keep player’s thumbs in grasp, but smooth enough to not feel discomfort whilst playing. The sticks and D-pad aren’t interchangeable though.
Below the sticks is a four-button panel, which allows users to switch profiles, adjust volume and mute their microphone.
Although the panel doesn’t lend itself aesthetically to the device, it certainly saves time in comparison to opening various menus and lists.
The extra buttons, placed alongside the L2 and R2 buttons as well as on the back-plate of the controller, are the USP of this device, using programmable triggers to emulate the functions of the regular buttons on the device. The controller offers two different profiles.
One more important design feature is the buttons are much more (for lack of a better term) ‘clicky’. Personally, I’m not a huge fan of this design feature but I can understand why some would prefer this – it is confirmation that you are indeed hitting the buttons correctly.

Once you get used to the additional buttons and feel of the controller, the functionality is generally quite good. Due to the USB connection, the response time is that much faster and input lag is nearly completely eliminated in doing so.
This was the sole aim for the wired-only functionality of the Razer Raiju. With many console players complaining about Bluetooth-induced controller lag at events, Razer found a way to cancel this out before Sony or other third-party companies did, using USB connectivity. But this also means the Raiju doesn’t have a light bar like the official PS4 controller has.
In my opinion, the rear triggers were somewhat small and difficult to get used to playing with, even after extensive playing time.
I have relatively small hands so reaching for the triggers could sometimes be an issue, and comfort occasionally had to be sacrificed. However, you can unscrew these triggers if you like, or lock them, which means you won’t have to hold them all the way down.
Furthermore, I have had issues with the analogue sticks too. For example, sometimes when I turn or move my character, the movement continued even after I had stopped.
This could be a huge issue for esport players competing in monetary tournaments, where they may miss shots or run in an unintended direction as the controller did not register to stop in time. This could be the difference between winning money or missing out, and for those serious enough to buy a Raiju, would pose a huge issue.
Following the release of this article, a firmware update was released for the Raiju controller, and I was advised that the update should fix the issue.
Upon several hours more use, I can confirm that the issue has been resolved and the controller is much easier to use now with seamless and simplified movement.

Overall, I’m a fan of what Razer are offering with the Raiju controller. There is a clear demand for good console esport peripherals, and Razer found the functions and design features most required for this.
It would be nice to see more customisability options, and the wired functionality isn’t completely ideal if you’re just sitting playing casually at home, but the esport focus is clear throughout.
Were it not for the analogue stick issues, I would have not had many issues with this controller, but since the hot-fix I am enjoying using it much more, not having any issues.
I have also got so used to using the Scuf Impact which I reviewed earlier this year, that it’s difficult for me to switch controllers now. Had I not used the Scuf before reviewing the Raiju, I’m certain it would have impressed me more, but I have to take the tough competition into account.
The price could be an issue too, coming in at £150. As I said; not for the casual gamer.
£150 is a large chunk of money when catering towards a younger audience, but for those who take their gaming seriously or are interested in pursuing an esport career, it could prove to be a worthy investment.