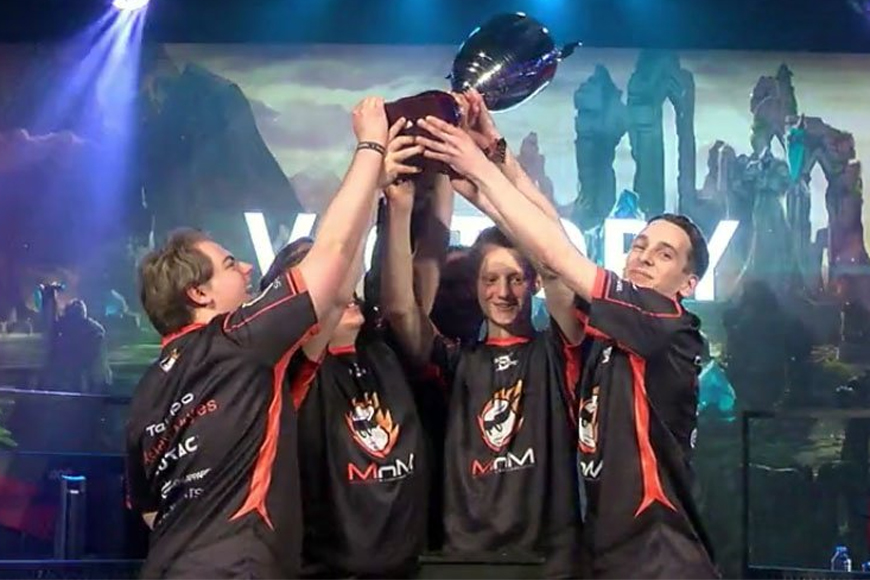 ESL UK will be holding its UK & Ireland Premiership finals for League of Legends and CSGO at the EGX games show in September.
It’s the first time the ESL Premiership will be held at EGX, and they are promising to be the biggest finals yet, taking place on the event’s main stage.
Previously, some of the finals had taken place at the MCM London Comic Con and at ESL’s Leicester Studio.
Each game has a £10,500 prize pool, as outlined in the initial ESL Prem Autumn Season announcement here.
Winners of both the League of Legends and CSGO final at EGX will qualify for the opportunity to compete in a higher European league, as part of ESL’s path to pro initiative.
The League of Legends winners will gain an automatic spot into the EU Challenger Series Qualifiers for 2018, while, for the first time, the CSGO winners will gain an automatic spot into the ESEA Mountain Dew League to compete with the best teams in Europe.

“Year-on-year, we have seen substantial growth in viewing figures for the UK Premiership – and this move to EGX gives us the opportunity to put on the biggest live finals in the Premiership’s five-year history.”
James Dean, ESL UK

As well as holding these two finals at EGX, ESL UK will also bringing the ESL Arena, powered by Intel, to EGX, with more details to be announced soon.
“We are super excited about collaborating with EGX this year,” commented James Dean, ESL UK MD. “Year-on-year, we have seen substantial growth in viewing figures for the UK Premiership so, this move to EGX not only gives us the opportunity to put on the biggest live finals in the Premiership’s five-year history, but increase the audience further through the events savvy.
“This is just the tip of the iceberg in terms of content we’ll be bringing to EGX and we can’t wait to announce more.”
David Lilley, MD of Gamer Events, added: “We are delighted to be hosting biggest finals of ESL’s UK Premiership. Esports is something that resonates with our audience and I’m looking forward to collaborating with the ESL UK to increase the esports content at EGX.”
EGX will also host the separate Road to Overwatch tournament, which was announced earlier this year under the new EGX Esports banner.
EGX takes place at the Birmingham NEC from September 21st to 24th. Tickets can be bought from the EGX website.